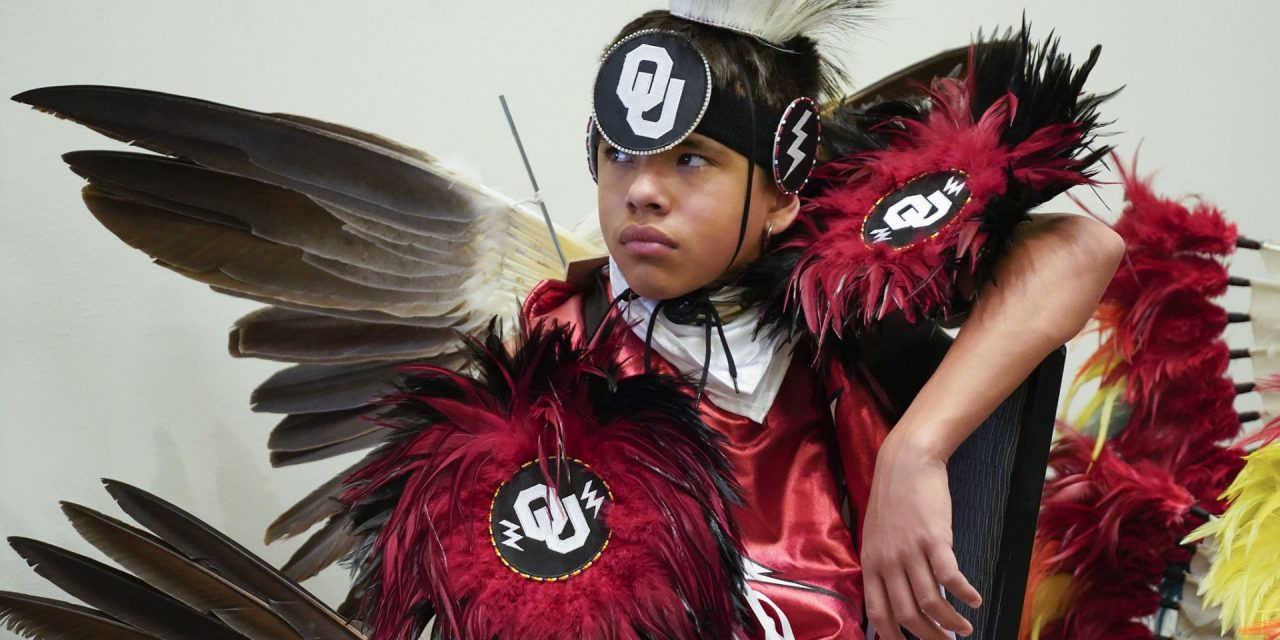 NASHVILLE (BP) – The changing face of the Fellowship of Native American Christians, (FoNAC) a Southern Baptist group, reflects changes among descendants of the original human inhabitants of what today is the United States of America. 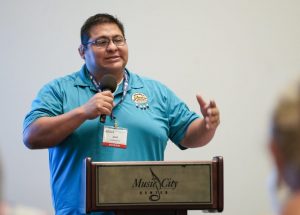 In his director’s report, Hawkins listed FoNAC’s ministries and new connections made over the last year. This included the purchase of 150 containers, each designed to be filled with 275 gallons of water and distributed to areas on the Navajo and Hopi nations in Arizona that do not have access to running water.

Other ministries included participation in Native church camps; disbursement of Christmas gifts for children in western, south-central and northeastern Oklahoma; and a training seminar with fellowship for leaders from Arizona, South Dakota, Florida and Oklahoma, led by a group from Virginia.

Vision tours requested by leaders wanting to start or build on Native ministries in Alabama and southern Arizona took place over the last year, as did several virtual meetings, while several in-person events were canceled because of the pandemic. Korean, African and collegiate ministries requested information from FoNAC with an interest in future partnerships.

The first ministry by Anglos to Native children was provided in 1638, Hawkins noted in his “Brief History of Native Ministry.” However, as a result of colonial wars that stretched to the late 1700s, “concern for the Indian’s salvation began to disappear,” Hawkins said he had learned during his extensive study of Indian ministry. When work restarted, it was in 1817, among the Cherokee Indians in North Carolina.

The Indian Removal Act, signed by U.S. President Andrew Jackson in 1830, led to the infamous “Trail of Tears” that forcibly moved Natives from their homelands to Oklahoma.

When the Southern Baptist Convention was formed in 1845, its second resolution related to “domestic missions” was an appeal for support of the Indian Mission Association, Hawkins reported.

He noted laws passed by the U.S. government related to the nation’s original inhabitants: the Dawes Act of 1887, designed to spur assimilation; Indian Citizenship Act of 1924; and the Indian Relocation Act of 1956. Utah, in 1962, just 60 years ago, was the last state to guarantee Natives the right to vote, Hawkins reported.

At the request of FoNAC’s younger leaders, Lone Tipi Productions recorded four Native American testimonies and an overview of some of the nation’s 574 federally recognized tribes and varied tribal cultures.

Today’s technology enabled Natives to reach outside the walls of churches, Kanuho said, even though some – such as Belvin Baptist Church in Okmulgee, Okla., where he is pastor, were limited to propping a cell phone onto a podium when he preached.

“We’re reaching many more people,” Kanuho said. “Partnerships were created over the year. The pandemic reminded us to keep our eyes on the Lord.”

Longtime treasurer Tim Chavis’ resignation, announced during the business session, led to a revision in the bylaws approved by members. The chairman now also is the treasurer. Board member Junior Pratt is the second signatory to maintain financial checks and balances, supplemented by an annual audit.

An $80,816.57 budget was passed, an increase of $1,017 over the previous budget, to include a 3 percent salary increase for the executive director.

Willie McLaurin, SBC Executive Committee vice president for Great Commission Relations and Mobilization, was on hand to express appreciation to FoNAC members “for your commitment to be financial partners.”

“The Cooperative Program is the financial fuel for all God’s people gathered in one place,” McLaurin said. “We’re better together, stronger together. We need one another.”

“No one has a more hurtful past than the American Indian,” Pratt said as his daughter Cara in a “Southern-style” Native dress showcased a woman’s submissive dance honoring God’s promises.

“God is the great victor in our lives,” Pratt said as his sons performed a shield dance in which their sticks struck each other’s shield. “The battle people fought at they were about to cross to Canaan was their own fear.”

Sometimes an outnumbered “dog soldier,” a Native warrior in a pitched battle, would take the strap from his waist and throw it to the ground to signify he wasn’t giving up, that he would fight to the finish, come what may, Pratt said.

“We need Christian dog soldiers, those who are willing to stand for God and His ways,” Pratt said.

In the early 1900s, Native children were removed from their homes, taken to boarding schools, stripped of their clothing and forbidden to even speak their language. Generations after that were ashamed to be Indian.

But since the 1970s – the Wounded Knee occupation of the Pine Ridge Indian Reservation was in 1973 – pride in their heritage has resurfaced, and now, “We’re using our culture to teach the Gospel,” Chairman Kanuho said.