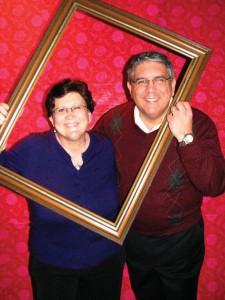 Walter Mullican, pastor of Oklahoma City, Portland Avenue, and his wife Kathy have been married 37 years. Each of the following couples have benefited from the Prepare/Enrich marriage program

The winning battle towards a good marriage is fought long before the wedding day. That is what Walter Mullican, pastor of Oklahoma City, Portland Avenue, has found to be the case.

Mullican has brought more than 75 couples through a Christian-based relationship tool called Prepare/Enrich.

“The Prepare/Enrich inventory is a customized couple inventory designed to help couples discover their strengths and growth areas, coupled with feedback sessions to help couples work on building skills in areas like communication and conflict resolution,” said Mullican. “It is not only for premarital couples, but also for marriage enrichment, divorce and remarriages, marriage crisis, step-families and prospective adoptive families.”

Mullican, who is part of a coalition called Marriage Network Oklahoma that consists of pastors and marriage ministry leaders who want to improve marriage in Oklahoma and curb the divorce rate, has been using the tool since 1996 and has seen much fruit.

Among the many couples Mullican, who has pastored for more than 20 years in the Oklahoma City metro, has counselled are newlyweds like Martin and Amanda Howell. 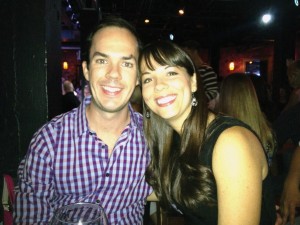 “With (Pastor) Walter’s guidance, the Prepare/Enrich program brought us closer together by helping us to explore God’s plan for a lasting and fulfilling marriage,” said Martin.

The inventory, which is based on principles found in the Scriptures, though, also works for long-time married couples.

Randy and Teresa Reeves, members of Oklahoma City, Portland Avenue, who have been married for two dozen years now have seen life-changing benefits.

“We went through the Prepare/Enrich program in 2006 with Bro. Walter,” said Teresa. The couple struggled, and Randy, who got involved with drugs and alcohol, stayed away from church while his wife and children attended.

“My wife and children started going to church, but I refused to go with them most of the time,” he said. “I would see them come home on fire for The Lord, and I caught myself wanting what they had, but still held out most of the time thinking, ‘I’ve got this.’” 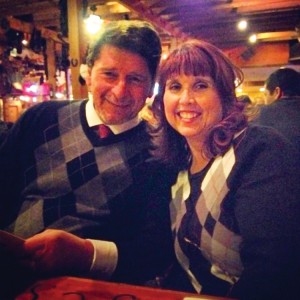 The couple struggled in marriage only to find breakthrough after using the program.

“The most important thing we learned through taking part in the program was that The Lord had to be in our marriage so it would no longer be the two of us struggling but it would be the three of us strengthening,” said Reeves. “We are stronger than ever! I suggest this program whenever I can. It doesn’t solve your problems, but it gives you all the tools to get there.”

“This has really helped us in our day-to-day life,” added Randy. “We are truly blessed that The Lord has changed our lives and our marriage and to Him all the glory! With God all things are possible.”

While Mullican is discouraged by a growing trend among couples today, he sees hope for every situation. Heather and Jay Mayabb, for one, have also been through Prepare/Enrich and found their way back to church.

“(Through Prepare/Enrich), my husband and I decided it would be the best thing for us to get married and start working on ourselves as a couple with Christ in the midst of our relationship.  And also be able to raise a child the way God wants us to do it,” said Heather. 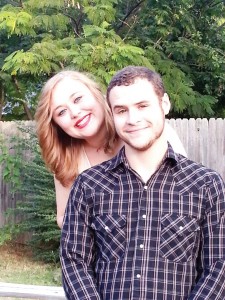 “Before, I was off and on trying to live for the Lord and trying to live for myself at the same time,” she said. “It has helped our marriage in so many ways. Prepare/Enrich taught us to figure out and use our love languages, it also taught us how to communicate better.”

Mullican himself has been blessed by the benefits of a healthy marriage.

“Kathy and I were high school sweethearts marrying right out of high school. We have been married 37 years, but we would have been helped so much in those early years if we had done something like Prepare/Enrich,” he said. “We are blessed to have six children, with the youngest graduating from high school this year, and two wonderful grandsons.”

The Prepare/Enrich inventory is available in six languages,  and offers practical tools that pastors of all experience level can take up and use.

“I find that pastors, even ones who go through seminary training, often feel ill-equipped to give people basic relationship help, especially premarital counselling,” added Mullican. “This is a practical tool that has helped so many pastors I know, and it truly makes a difference in the long-run for couples who take part.”

Mullican will be leading a Prepare/Enrich Certification workshop at the Baptist Building (3800 N. May Ave. in Oklahoma City) on Thurs., Feb. 27 from 9 a.m.-4 p.m. For more information, visit www.bgco.org under the “family ministries” tab or email wmullican@portlandavenue.org.

Time will tell how many more couples that Mullican, who could be dubbed “Mr. Marriage,” will help through Prepare/Enrich. One thing is certain, and that is the need for strong, lasting marriages will continue to grow.