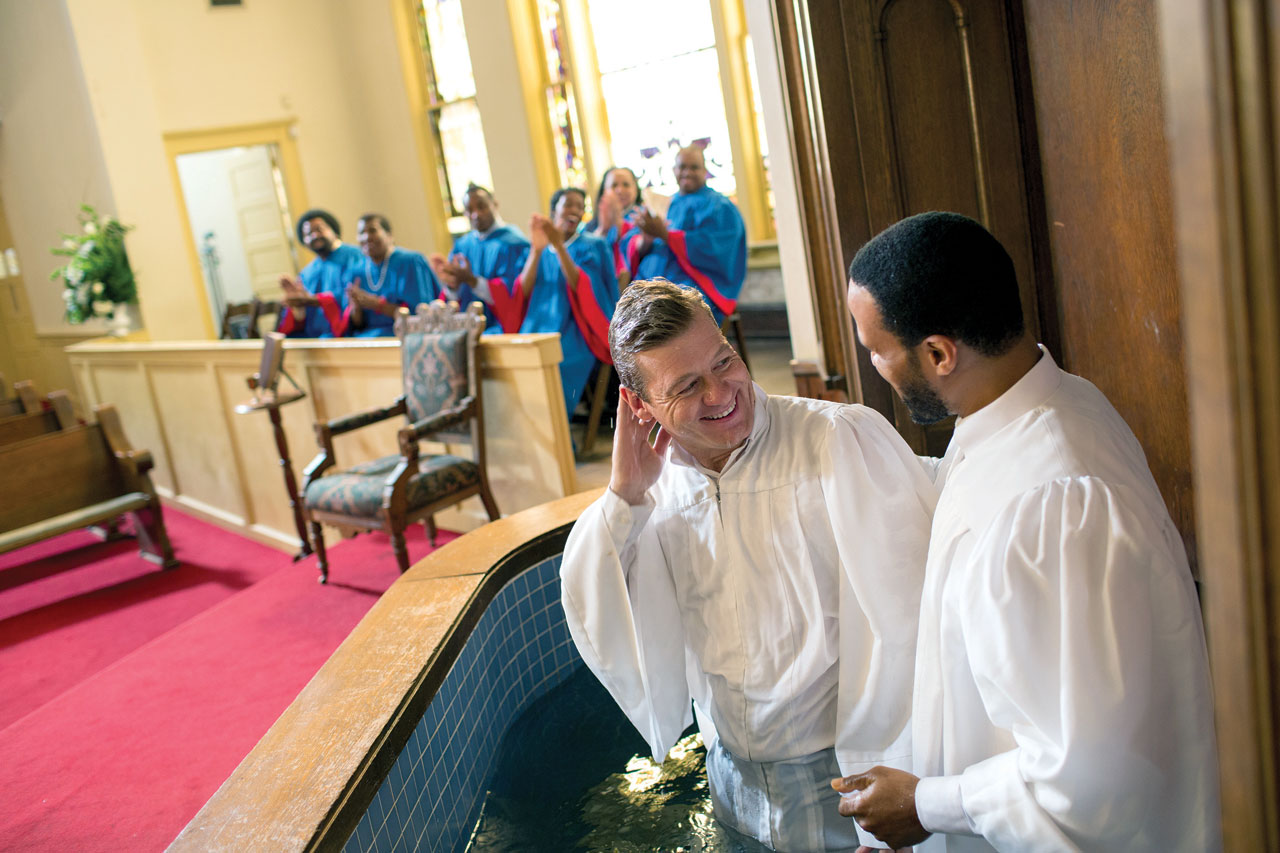 This is more than a football movie.

If movie enthusiasts were expecting “Woodlawn” to be similar to other gridiron flicks like “Remember the Titans” or another faith-based film “Facing the Giants,” they will find out there is much more to the story.

Recently released in theaters, “Woodlawn” is a Christian-themed movie that tells the story of what happened when a high school football team in the early 1970s committed their lives to Christ, impacting the school as well as the entire city of Birmingham, Ala.

Those who are familiar with this era know this was no small feat, as Birmingham reflected what was happening in America at that time, with many racially-intensified riots and attacks on civil rights leaders. Birmingham was known as “Bombingham” in the 1960s because of a series of bombings within city limits that were racially motivated.

“Woodlawn” starts at the beginning of the 1973 school year for Woodlawn High School. Now desegregated, the school’s teachers and students, both black and white, are forced to attend classes and activities together, and the government-enforced intercultural arrangement does not begin smoothly.

Football coach Tandy Geralds (played by Nic Bishop) is expected to overcome racial tensions on his team and finds the task nearly impossible while also trying to field a competitive squad. He is approached by Hank (played by Sean Astin, known for his roles in “Rudy” and “Lord of the Rings” trilogy) who tells the coach he wants to talk to the team about Jesus. Geralds totally dismisses Hank’s request and tells the unknown fellow to leave his office.

A riot at the school ensues the next day and increases the state of turmoil, causing Geralds to be near a state of despair. When Hank approaches the coach again, Geralds allows him five minutes to speak to the team. The five minutes turned into an hour, but what happened in this meeting in the gym changed the whole demeanor of the team, as Hank shared the Gospel with these young men who encountered life-changing experiences. Many left the bleachers and joined Hank on the floor, demonstrating their commitment to Christ.

It only grew from there. Though there were a few skeptics, the majority of the team bonded together, both blacks and whites, and it showed on the football field, especially after Geralds decided to play Tony Nathan (played by Caleb Castille) at running back. Woodlawn was claiming victories the squad was never projected to win.

The team’s conversion and success causes Geralds to make a change in his own life, as one of the most impactful scenes in the movie shows the coach attending an all-black church to profess his own faith in Christ and declaring he wants to be baptized.

The impact grows from there, even affecting opposing high school Banks and its football coach (played play C. Thomas Howell from “The Outsiders”). Conflict also results, as school board officials and city leadership take offense to Geralds’ Christian influence and to Nathan’s actions.

The ending of the movie is not as predictable as it may seem. What happens to both Geralds and Nathan does not totally meet their expectations, but the coach and the player grow in their friendship as well as in their faith.

The time is ripe for faith-based movies. “War Room” is a box-office hit, and Bible-themed films continue to grow in volume and in popularity. “Woodlawn,” though, has its own special features and significance.

First, the movie features many well-known actors such as Astin and Howell and especially Oscar-winner Jon Voight who appears as legendary Alabama football coach Paul “Bear” Bryant. These movie greats add to the appeal, but the main stars are Bishop, a mostly unknown actor, and Castille, who is making his film debut. Both men give exceptional performances.

Second, “Woodlawn” exceeds other faith-based films as far as cinematography and action scenes. The magazine Citizen, a Focus on the Family publication, reported producers Andy and Jon Erwin hired stunt coordinator Mark Ellis who worked on sports-related films “The Dark Knight Rises,” “Any Given Sunday” and “Jerry Maguire” and made sure the football shots were as intense and realistic as possible.

Third, the timing of “Woodlawn” could not be more perfect. With recent race riots in Ferguson, Mo., and Baltimore and other social conflicts that have severed the country, the impact of Hank’s portrayal, as well as other Christians who were influenced through what is historically known as The Jesus Movement, could reinvigorate others to share the Gospel today.

This is more than a football movie. It is even more than a faith-based film. “Woodlawn” is a well-acted, well-filmed production that is capable of changing lives and the direction of our country, recounting a time when the Gospel did just that.