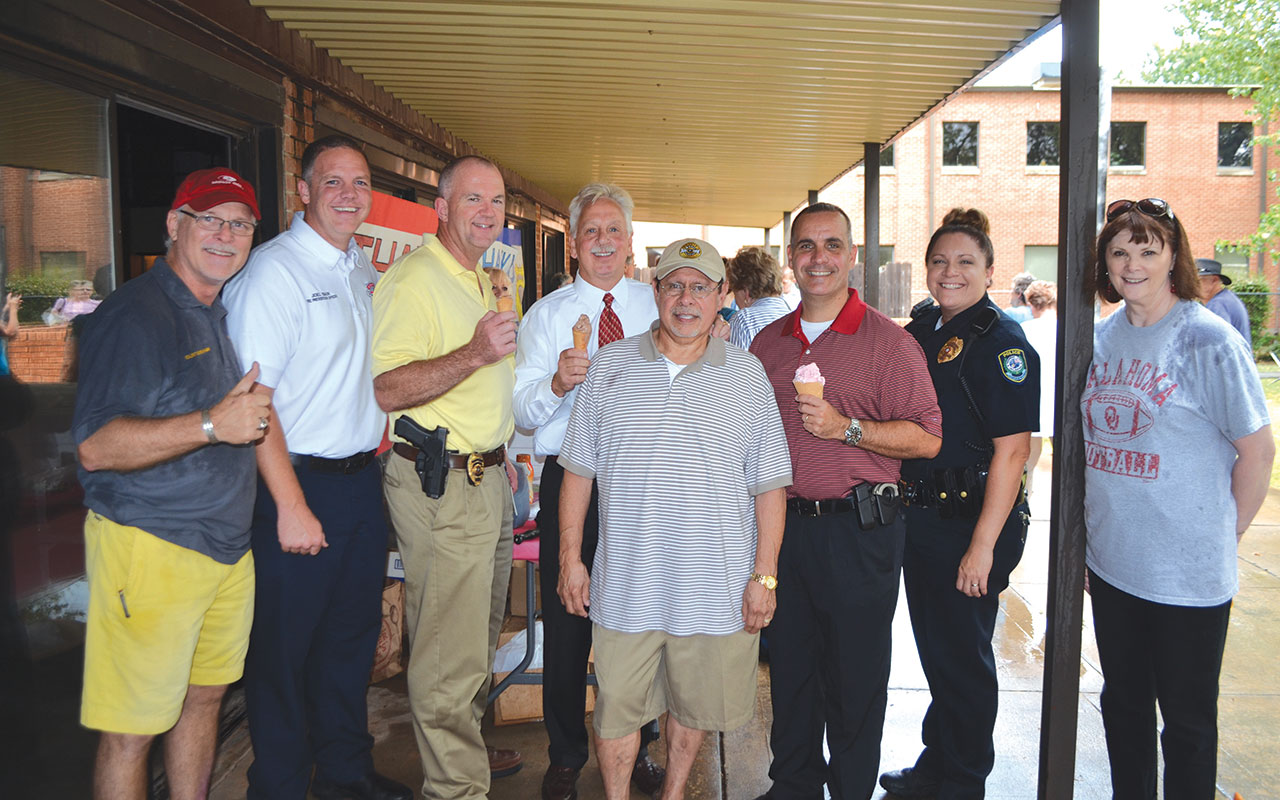 Chocolate, strawberry and vanilla cones were the order of the day, and while the rain forced folks to congregate under an overhang, the resulting closeness made for a lot of elbow rubbing, hand shaking and pats on the back of the local heroes, who also entertained wide-eyed children, who looked up at them with admiration, and then posed for pictures with them.

Brandon Clabes, who has been Midwest City’s Police Chief since August 1999, and who opted for chocolate on his cone, said he and his officers were very appreciative of the event, which also drew several firefighters and fire trucks.

“Law Enforcement is at a critical point right now across the nation, not only on the East and West coasts, but also in Oklahoma, and it makes us feel good that we have community support, especially from First Baptist Church, that would offer to do an ice cream social for our people who are on duty,” he commented. “It’s a special relationship we have, and to know that someone cares about us, that’s the most important thing.”

Clabes, a longtime member of Midwest City, Meadowood, added, “I have lived in Midwest City since 1964, so I know most of the people here, and I have worked for Midwest City for 37 years, so we’re invested with all of our public and the people we serve. This church has been a mainstay in Midwest City; I think it was one of the first churches here when Mr. (W.P.) Atkinson built Midwest City, so they have been longtime supporters of us.

“This really means something to us, especially when someone comes up to you and tells you they really appreciate your service and what you do. We don’t get that a lot anymore, so it means a lot to us; it goes a long ways. So, hats off to First Baptist Church of Midwest City and what they have done for us and what they represent. We appreciate them as much as they appreciate us.” 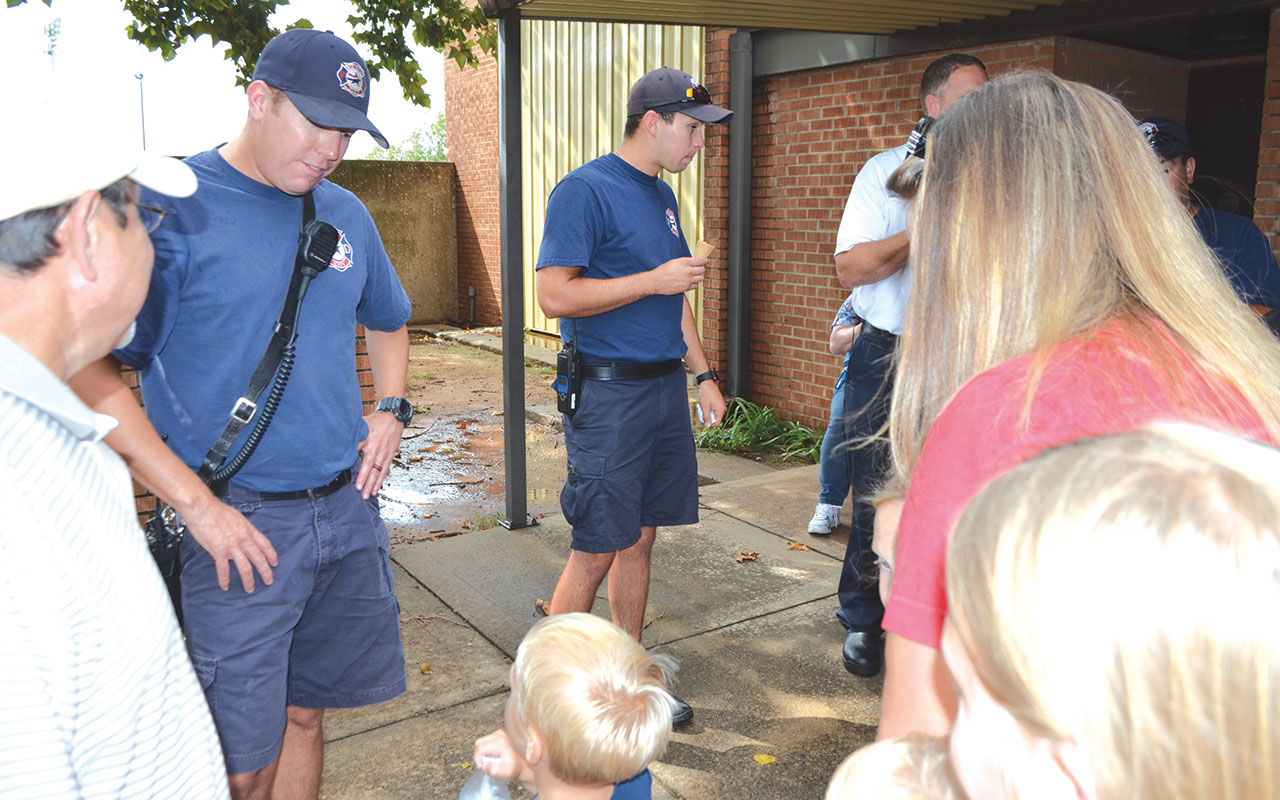 Midwest City firefighters visit with a young admirer and his family at the Aug. 25 ice cream social.

Midwest City, First member James F. Howell, who served as  Dist. 42 State Senator for 16 years and as Midwest City Judge for seven years, said, “There is so much criticism going on in various states of the police departments, and we wanted to show our professional policemen—and firefighters, too—around here that we appreciate them, and we are here to sing their praises.

“They really do a great job protecting the people of Midwest City, and we want them to know we appreciate them.”

Evidence of that dedication to duty as the police department’s primary mission was fulfilled Aug. 25, as the party ended early for one officer, who was called away from the ice cream social to respond to a traffic accident on I-40.