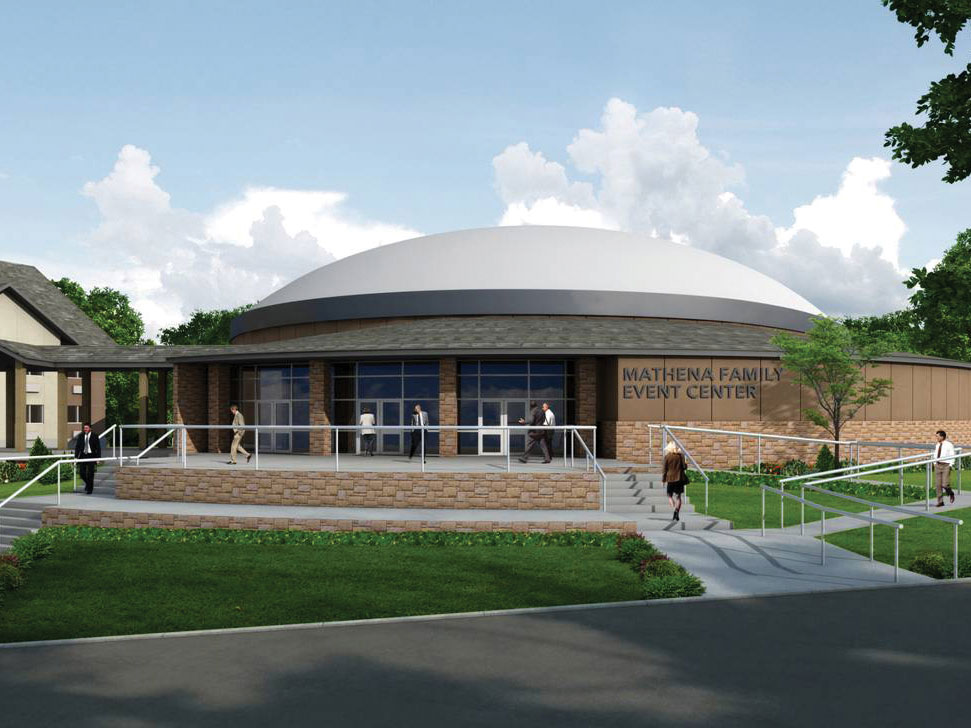 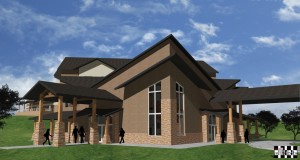 On Tues., Feb. 25, the Baptist General Convention of Oklahoma’s (BGCO) Board of Directors met and approved construction plans for Falls Creek Conference Centers and received news that significant portions of the funds needed to complete the projects have been given or pledged.

To be specific, a motion read aloud by Gene Downing and then approved unanimously by the board read: “The Falls Creek Building Committee recommends that the Baptist General Convention of Oklahoma proceed with construction of the Falls Creek Mathena Event Center, Thompson Lodge, and Jordan Welcome Center at a cost not to exceed $12,960,000.”

Jordan announced to the board three major gifts, including a $2.3 million matching gift from Downing and his wife, Jo. 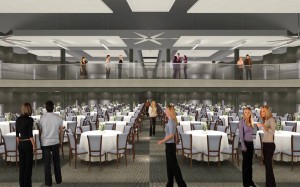 An inside concept of the Methena Event Center.

In conjunction with the new construction, Jordan previewed plans for a capital campaign to coincide with the upcoming 100th anniversary of Falls Creek in 2017.

“In the months ahead, you will be hearing more about the Centennial Capital Campaign for Falls Creek, through which we will pay for what we have not already raised to cover these new projects and other improvements at Falls Creek.”

According to Jordan, of the $12.96 million needed to build the Mathena Family Event Center, the Thompson Family 50-room Lodge and the Jordan Welcome Center, $10.72 million already has been pledged or given.

That means approximately $2.24 million is yet to be raised. Combined with the $2,522,142 remaining debt on the construction of the Tabernacle, the Centennial Capital Campaign will raise $4,762,142, plus a challenge to raise funds to make other needed improvements.

“Phase two of the Falls Creek Centennial Campaign includes the remodel of lodges one and two, as well as a remodel of the Moorer Lodge, as well as work toward a Central Plaza and Recreation Fields pavilion,” said Jordan. “We do not know an exact dollar figure for these, but have all the faith that God will provide through His people the funds we need to complete these projects.” 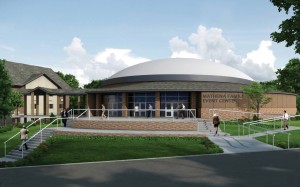 An outside concept of the Methena Event Center.

At the meeting, the board received news that Greg and Susan Kannady were pledging $500,000 toward remodeling the existing Falls Creek Lodge One. Harold and Patricia Mathena, who previously gave an astounding $7 million toward the building of an events center, now generously pledged $430,000 of additional funds toward the events center.

“I have run out of adjectives to describe the ways God is blessing Oklahoma Baptists,” said Jordan. The Board joined in singing the Doxology in unison after receiving news of all of the gifts.

During the plenary session of the board, BGCO affiliate presidents, David Whitlock of Oklahoma Baptist University (OBU), Tony Kennedy of Oklahoma Baptist Homes for Children (OBHC), Robert Kellogg of the Baptist Foundation of Oklahoma (BFO) and Bill Pierce of Baptist Village Communities (BVC), each gave a report of the positive developments within their ministries.

Reports were also heard from the various sub-committees of the Board, including the Church & Family Equipping Team, the Church Outreach Team, the Communications Team and the Finance Team. 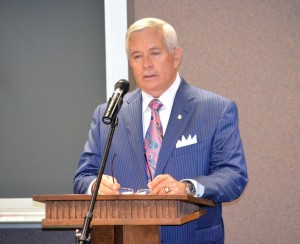 Gene Downing presents a motion, as chairman of the Falls Creek building committee, to the BGCO Board of Directors.

In other business, the board approved the recommendation “that the purchase of the property from Norman, First, contiguous with and utilized by the University of Oklahoma Baptist Collegiate Ministry (BCM), at the cost of $100,000.”

The Board also received an update the BGCO was continuing “good faith efforts with the University of Oklahoma” to sell its present BCM (Baptist Student Union) property, which has not fully been available for use since 2006, to the University and obtain access and building rights for a more strategic location on the OU campus.

Finally the board approved “that the resolution for OBHC to purchase property located at 7290 Cherokee Plaza, Oklahoma City, for a support center to include office space for” its staff, conferences, training and storage.

An architectural side view of future Falls Creek buildings.

Whether discussing the major gifts toward Falls Creek, continued projects related to disaster relief and the recovery since the May tornado, the building momentum for the ReConnect Sunday School initiative, or opportunities for Oklahoma Baptists to get personally involved in praying and giving toward the Centennial Falls Creek capital campaign, the February 2014 meeting of the BGCO Board struck a positive, unified tone.

“We are enjoying a special time of provision and unity,” said Jordan. “One SBC leader told me that Oklahoma is one of the strongest, most unified state conventions, which was humbling to hear. After reflecting on that comment, combined with more news of the ways God is pouring out His blessing, I personally see that we are the most blessed. Not for anything we have done, but it is what He has done.”