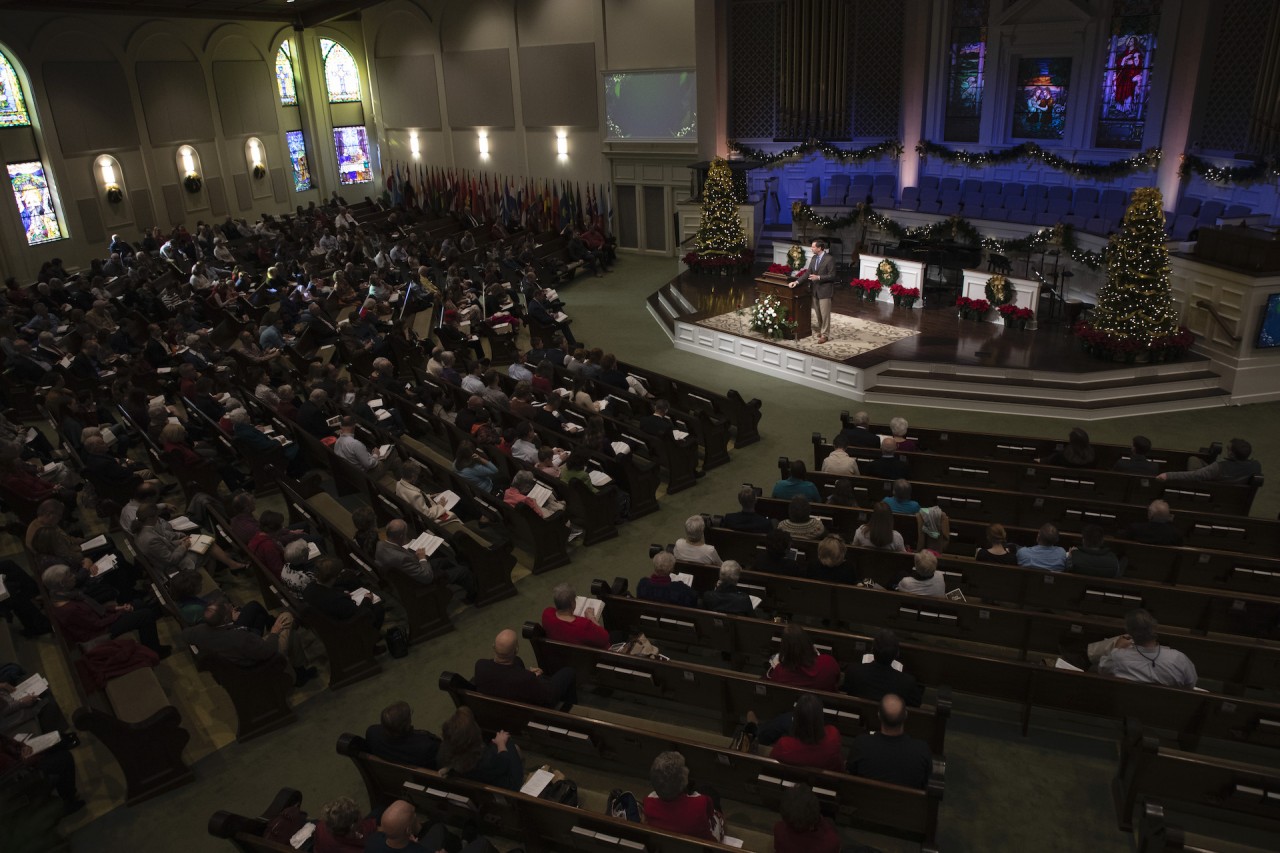 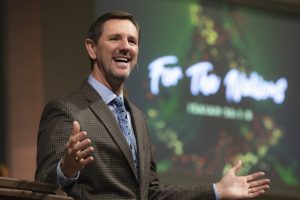 CHARLOTTESVILLE, Va.—Missions is alive and well at Charlottesville, Va., First Park Street. This should come as no surprise, given that the church, founded in 1831, is home to one of Southern Baptists most famous international missionaries, Lottie Moon.

Charlotte “Lottie” Diggs Moon was born Dec. 12, 1840, in Albemarle County, Va. Charlottesville is the county seat. In 1857, John Broadus, pastor of First Park Street, preached a revival service at the Albemarle Female Institute, which he founded. A young, rebellious Lottie Moon attended the service and surrendered her life to Christ. She was baptized at First Park Street, Dec. 22, 1858.

God continued to work in Lottie’s life, and in 1873 she sailed for China where she served as a Baptist missionary until her death in 1912. In 1888, at Lottie’s encouragement and under the leadership of the Woman’s Missionary Union, Southern Baptists started an annual offering for international missions. In 1919, the offering was named The Lottie Moon Christmas Offering® in Lottie’s memory. In 2018, Southern Baptist churches gave $157.3 million to the annual offering to support nearly 3,700 IMB missionaries serving around the world.

But First Baptist Park Street doesn’t intend to rest on the 150-year-old legacy of Lottie Moon or John Broadus. Instead, under the leadership of Senior Pastor Rob Pochek, the church has been reinvigorated to move forward in giving to international missions and sending missionaries to the nations.

“At First Baptist Church, we are humbled that God brought Lottie Moon to faith in Christ under the ministry of John A. Broadus while he served as pastor here,” Pochek said. “Being Lottie Moon’s ‘home church’ is a legacy we desire to keep alive, not in order to gain some glory from it for us, but to motivate us to raise up the next generation of missionaries who will take the gospel to the ends of the earth.”

Reinvigorated for the Great Commission 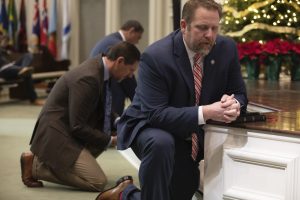 Since Pochek arrived in 2016, the church has commissioned three families to serve in countries around the world, said Daniel Chambers, the church’s director of communications and connections. The church is also involved in evangelistic efforts around Charlottesville and regularly sends mission teams regionally to southwest Virginia and internationally to Guatemala.

And then, there’s the Lottie Moon Christmas Offering.

Last year, First Park Street set an ambitious goal of $50,000, Chambers said. They exceeded that goal by more than $30,000. This year, the church decided to double last year’s goal—to $100,000. Within the first two weeks of the December emphasis, church members have already given more than half that amount.

“Practically speaking, the Lottie Moon Christmas Offering is one indispensable tool that keeps the cause of international missions before us and helps us support those who are currently living out Lottie’s legacy,” Pochek said.

Speaking in the church’s morning service Dec. 15, International Mission Board (IMB) President Paul Chitwood thanked the church for giving and going to the nations.

“It is a blessing for me to come here and say, ‘Thank you,’ on behalf of 3,700 IMB missionaries and their 2,880 children, who are taking the gospel to the nations by way of your support,” Chitwood said.

Chitwood affirmed the importance of the legacy of Lottie Moon while also reminding the church of the work yet to be done to reach a lost world with the gospel.

“Even this year with such a lofty goal of $100,000 to the Lottie Moon Christmas Offering, the legacy of mission faithfulness that was to some degree birthed here in this church among Southern Baptists … has not been lost,” Chitwood said. “It continues to be lived out, and that’s important because there is still work to do. There are among the nation’s 155,252 lost people who die every single day. That’s obviously not lost on you as you pray and give and go.”

Preaching from Isaiah 56:1-8, Chitwood challenged the congregation to examine the question: “Why are you here?” and focused on the plight of unbelievers and the promises and purposes of God. He reminded the congregation that Christians remain on earth after their salvation for a reason—to share the Gospel of Jesus Christ with those who do not know Him.

“I’m thankful for a faithful pastor who held a revival service at an all-girls school,” Chitwood said, referring to Lottie Moon’s salvation experience. “John Broadus had no way of knowing that one of the young ladies who listened to his sermon would trust Christ that night and go on to become the most famous missionary in the history of the IMB. But he knew the plight of every girl and every boy without Christ.”

“Church, we are here because they are still out there,” Chitwood said. “The Lord has not taken you to heaven. He’s left you here with a purpose—to share these promises, to make Him known within your neighborhood and to make Him known among the nations.”

“Today I celebrate being in a church with such a rich legacy of doing just that,” Chitwood concluded. “But don’t pause and don’t slow down. The Lord still has you here, and there’s a reason. It’s to go get those who are out there and bring them in here.”