Kerry Russell, who has served the last 15 years as chief financial officer for Oklahoma Baptists state convention staff, announced his forthcoming retirement at the end of 2021.

Russell, who has served on convention staff since March 1983, will officially retire at the conclusion of the year. Starting March 1, he will make the transition to a new role as special advisor to Oklahoma Baptists’ Executive Director-Treasurer Hance Dilbeck. 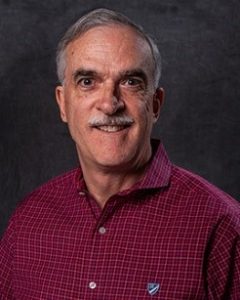 “Kerry Russell is a godly man—a man of integrity—who has excelled at his work. Kerry is faithful in all aspects of his work and is a friend to so many Oklahoma Baptists, including me,” Dilbeck said.  “We congratulate Kerry on this upcoming ministry milestone and express our greatest gratitude for his service.”

As Oklahoma Baptists’ CFO, Russell oversees Cooperative Program giving, all aspects of the budget and finances, as well as gives leadership to the convention staff Finance Group.

Throughout his tenure, Russell helped ensure financial stability for the state convention, a time span which includes ups and down in the Oklahoma economy. Whenever supervising Cooperative Program dollars given by Oklahoma Baptist churches, funds donated to Falls Creek or Baptist Disaster Relief, or managing accounts, Russell brought attention to detail and a vision for the ministry mission. Among his many accomplishments, Russell recently led the convention to enable churches to remit their Cooperative Program giving electronically, allowing funds to be put into the mission field even more quickly.

“I have always wanted to serve in a way that helps our churches be even stronger in Gospel work. When we each work to strengthen the Body of Christ, God uses us to accomplish more for His Kingdom,” Russell said.

Russell, a certified public accountant who holds a bachelor of science degree in accounting from the University of Central Oklahoma, has garnered respect across the Southern Baptist Convention. In his tenure with Oklahoma Baptists, other roles Russell held included staff accountant, manager of accounting and controller.

According to Dilbeck, as special advisor to the executive director, Russell will bring his experience to bear on a few special projects including the construction of new BCM buildings at Southeastern Oklahoma State University and Oklahoma State University.  He will also be available to ensure a strong transition in the Finance Office for the next CFO.

“Kerry has served the Lord with distinction and a faithfulness to Jesus. You could look across the entire SBC—or really any ministry—and not find a person more committed to the mission of Gospel work,” Dilbeck said.

Russell is as involved with his local church – Oklahoma City, Southern Hills – as he is with Oklahoma Baptists. As member of more than 20 years, Russell serves as a deacon, teaches Sunday School and is part of the church prayer ministry. He also has experience serving in overseas short-term missions opportunities in Southeast Asia and Spain.

He and his wife Mary have four grown children and two grandchildren.