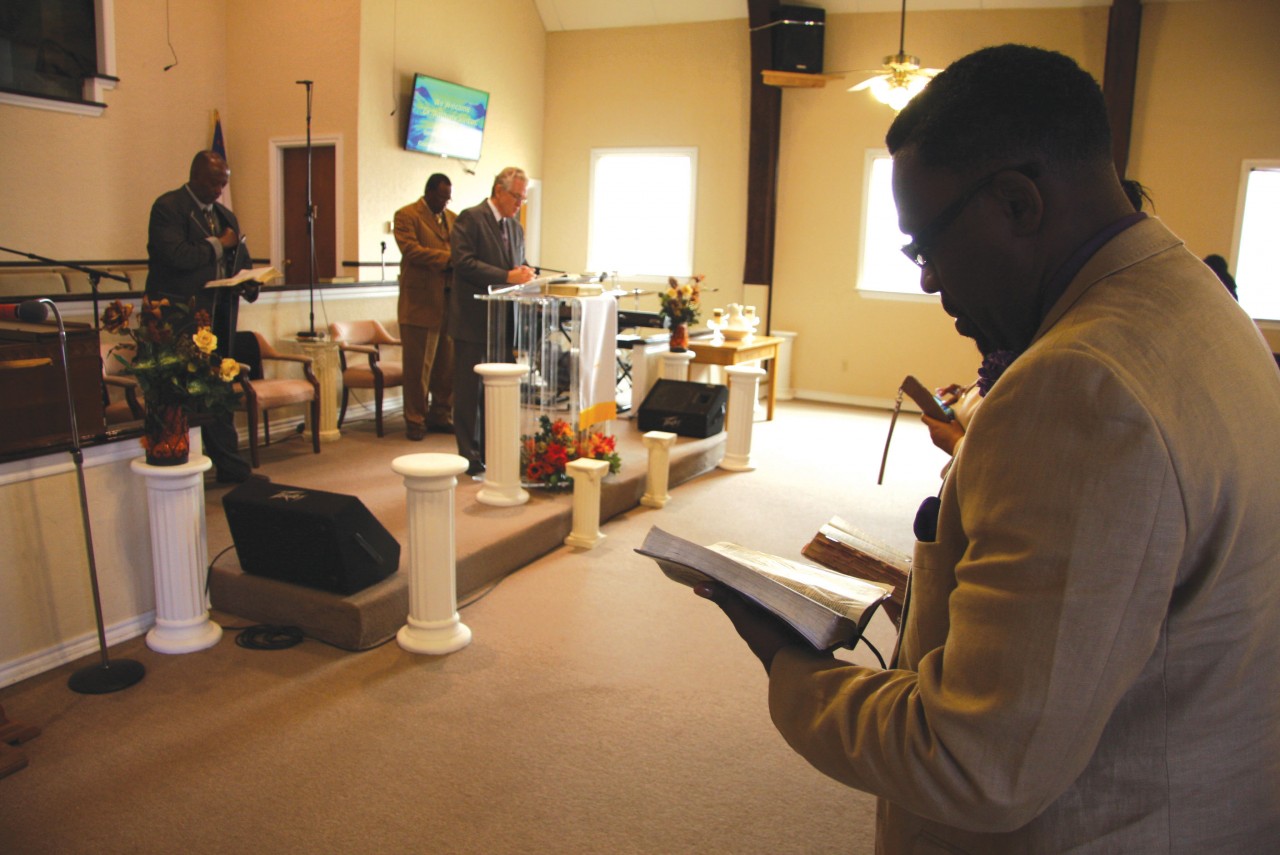 alike took part in the special service, which included times for prayer, congregational readings, a drama, Scripture readings, a sermon and more.

Pastor Walter Wilson said, “We understand the significance of Dr. King’s life and work, and we draw inspiration this day from him on this day, as we come together to worship the Lord Jesus Christ.”

Wilson, who has served on the Baptist General Convention of Oklahoma (BGCO) board of directors and is currently serving as president of the Oklahoma Pastors’ Conference, emphasized the importance of the occasion to the congregation.

“We are so grateful for those who have come before us and gave so much for freedom,” he said. “We celebrate the powerful legacy of King, and the principles for which he stood.”

During the service, Donte’ Gettens, a deacon, led in prayer, and Zaria Ingram read a poem related to King’s life. Miguel Ingram offered a word-for-word recitation of King’s “I Have a Dream” speech. The original speech, which is considered one of the most important speeches in American history, was delivered by King on August 28, 1963, at the Lincoln Memorial in Washington, D.C. in front of some 250,000 people.

With a chorus of “Amen’s” from the congregation, the words of King still hold power for today. Following the speech, a group of three young ladies—Ciera James, Ranyetta Sims and Breanna Mitchell—offered a choreographed drama set to music that underscored the plight of African-Americans enslaved prior to emancipation in 1863. Elecian James sang a solo of “I Can Only Imagine,” by MercyMe.  Numerous other members participated in the special service, which inspired and challenged those who attended.

Wilson then introduced the guest speaker for the day, the BGCO’s executive director-treasurer Anthony L. Jordan, calling him a great friend and leader.

Jordan thanked the Lord for Wilson and the Lawton, Friendship congregation. “Walter Wilson is a dear friend and a great leader, and Friendship Baptist Church is a treasured part of our convention,” said Jordan.

Jordan also applauded King’s efforts for justice and underscored the urgent need of improving race relations in the nation and in the church today.

Jordan, who was accompanied by his wife Polla, preached out of 1 Pet. 2:1-10 in a sermon called “His People.” He said, “We are adopted into God’s family 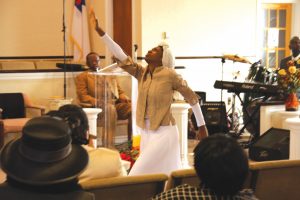 During the service, students presented a choreographed drama.

through the blood of Jesus Christ. We must remember who we are in Christ, and we must learn to live like we are a child of the King.”

Following his sermon, an invitation was offered, and many came forward for prayer. The service was concluded by the entire gathering coming forward, hands joined, and sang the renowned song “Lift Every Voice and Sing.”

Wilson and Jordan both believe a Sunday service, such as what was experienced at Friendship, serves as a unifying and inspiring spiritual time. These two men, unified in Christ and armed with the Gospel, recognize what King did so long ago: that the church has a unique role in leading the nation toward a day that sees improved racial reconciliation and an historic increase in justice for all people.