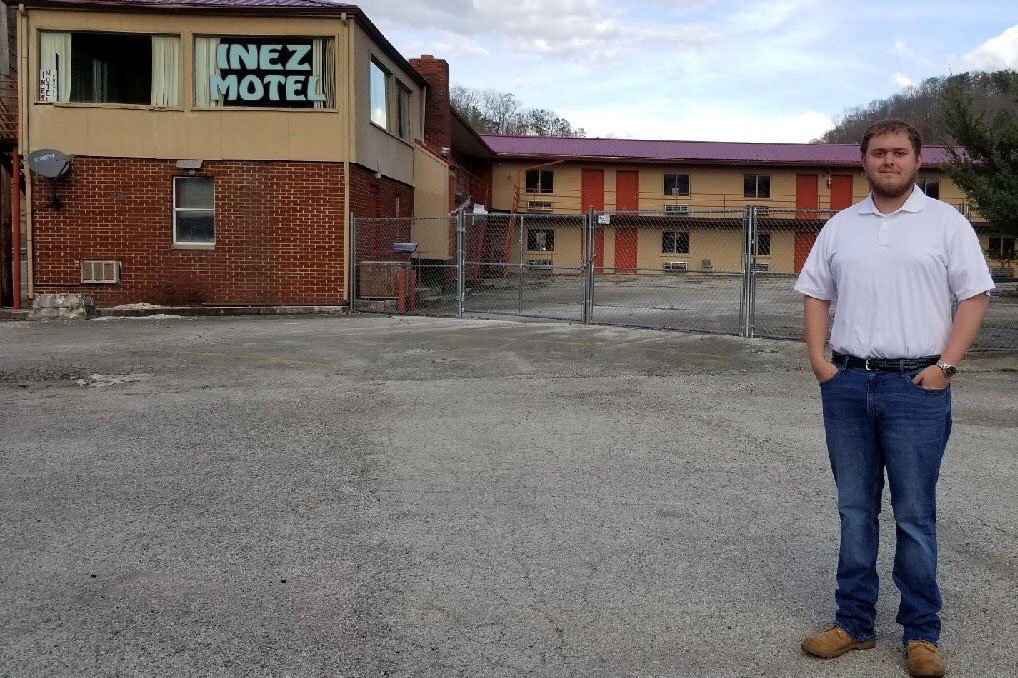 INEZ, Ky. (BP) — The Inez Motel may have once been a place where drugs were exchanged and even used regularly.

Owners of the rundown motel sold the property, which is located in the middle of downtown Inez, Ky., a couple of years ago. But nobody else seemed like they wanted anything to do with it. The new owner wasn’t sure if anything good could ever come from it.

Martin County is like many Kentucky counties in trying to deal with a drug issue that appears to be running rampant and destroying families daily.

Casey Carver, who became the new pastor of Inez First Baptist Church in January of last year, met with some citizens that spring to identify the area’s biggest problems. And the No. 1 answer seemed obvious.

“These drugs are all over the county and we’re right in downtown Inez,” he said.

Carver knew he couldn’t fight it from inside the church’s walls, so he stepped outside of them and took the lead on finding a solution.

The family who purchased the motel offered it to him with the hopes that he could do something positive through a community organization. The property came with no strings attached and the idea for a drug rehabilitation center was born.

“I told them to give me a few months to see what we can do,” Carver said.

What they have done is form a forward-thinking committee with the hopes that the rundown motel could become a drug rehabilitation center for men.

Carver, 27, is the president of a seven-person board called God’s Connection, a name that one of the board members, Linda Booth, came up with and seemed just right.

“It just made sense,” Carver said. “When we started looking at putting a board together, we went after go-getters. We are going to push through no matter what people say.”

Of course, there have been critics to what God’s Connection is trying to do, Carver said. But the board has stayed strong for this Christ-centered rehab center.

Carver, a family man with three children, also has the blessings of his church to pursue leading the center’s formation.

“Different people from the community are involved and there are four of us from Inez First Baptist Church,” he said. “We’re in the process of getting the building ready to be transferred over to us.”

The rehabilitation will be faith-based and those entering the 30-day program will have to be sponsored by someone for $300, he said. They will also have to follow some strict guidelines.

“We’re going to pour God into them 24/7,” Carver said. “They will be required to go to church and have a set schedule. They will get up at the same time and have activities, including attending Celebrate Recovery sessions.”

It can take 21 days to set a new habit, Carver noted, and he hopes those entering the program will come out healed spiritually as well.

Another part of the project will be a coffee shop that Carver’s wife, Tebbie, will manage. She worked at a successful coffee shop when the couple was ministering in Manchester before being called to Inez.

The motel has 18 rooms and the initial plan is to have two residents per room. Some renovation is necessary, but the fixes are mostly cosmetic, Carver said.

“I feel like God’s got bigger plans for it,” he said. “There’s a lot of potential for it. This may be a game-changer for Martin County.”

Once they get the men’s rehabilitation program working, he said the board has plans for adding a women’s program in a facility that’s two or three blocks away.

“I’m very thankful for the board I have now,” Carver said. “I don’t care to get it up and going but I’ll eventually step back and be the pastor to it.”

The board, Carver said, has connections to the health systems in the area and they are already inquiring about possible grants for the project from local government.

“Our goal is to have a 100 percent success rate,” he said. “Everybody on the board feels like God has put this whole thing together. The local government and the community are behind what we’re trying to do. Martin County has too much good to offer to let drugs take it over.”

They hope to have the center open sometime in the fall.