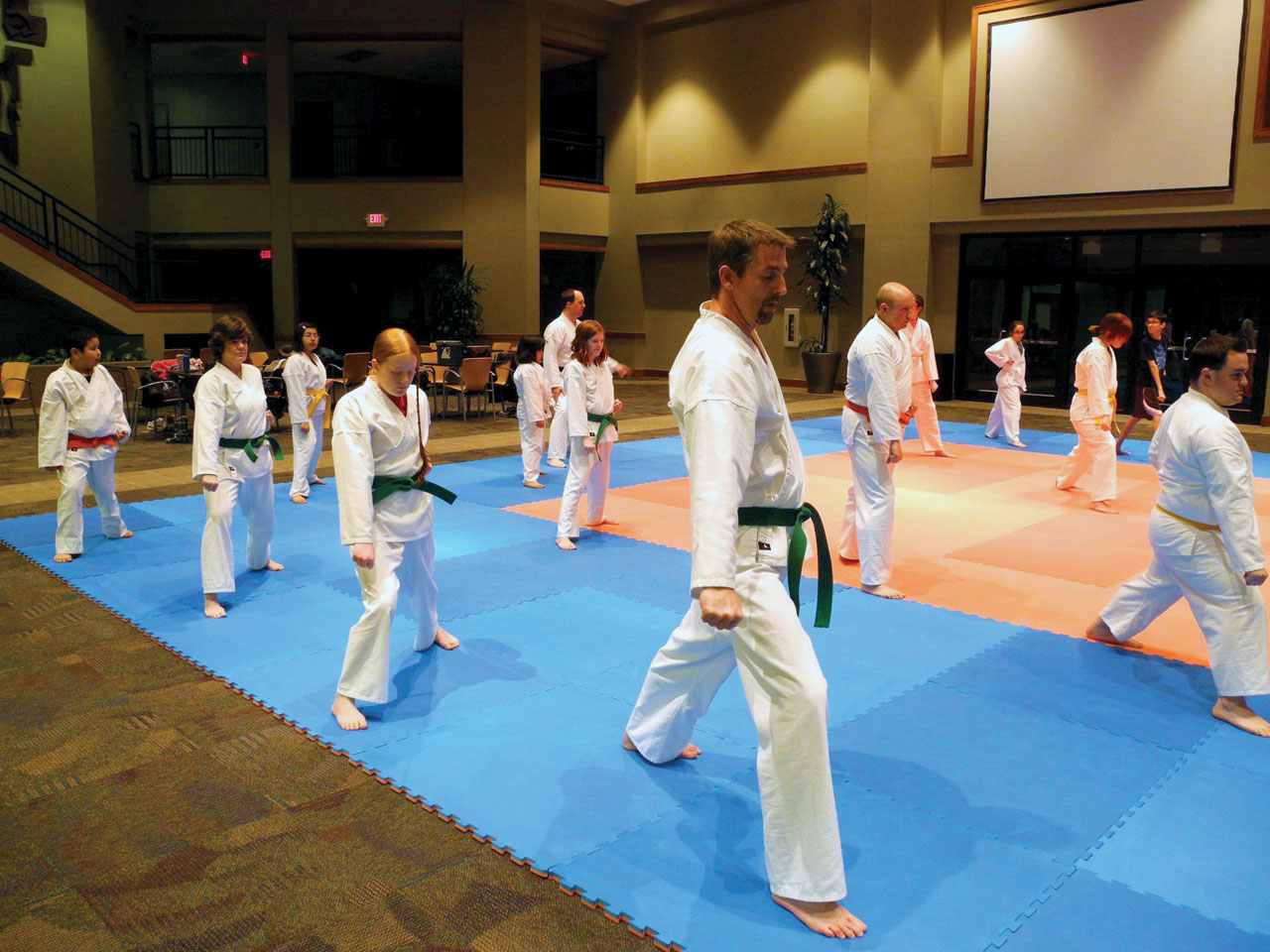 MOORE—The KICS (Karate in Christ’s Service) school was featured in the Baptist Messenger in 2011. What began as a martial arts class that meets in Moore, First’s recreation center has now become a full certified year-round school with more than 300 students who participated in the last six and half years.

School founder Brandon Boozer said the KICS school will continue to advance and impact lives beyond what they have accomplished through karate.

“One of the things about programs like these in churches, and not just martial arts but a lot of programs that are different, is they come and go. To me, this is a testimony of staying power,” said Boozer.

The KICS school does not charge its students to participate. Boozer said they received “seed money” from Moore, First to cover costs of their resources, but the school mostly relies on financial support of donations from church members and others. 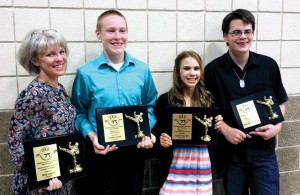 “My testimony is that God will provide,” said Boozer who shared how God worked through multiple experiences, including providing additional instructors when the classes were getting too large. “We have 25-30 join (the class), then another black belt (instructor) would get involved. There were so many times where we ran into a situation where we needed help, and every single time we get to that point, God would provide.”

Now the class is utilizing students who started in the program and are now black belts. Boozer said they have 15 instructors who are black belts, plus those who are brown belts who have to teach as part of their requirements to advance. “I may have 20 instructors on the floor with 40 students,” he said.

Another achievement for the school is they were able to field a team to compete in a state tournament this year, and they have aspirations of sending five students to state every year.

Boozer is amazed at the impact the school is having on numerous families, as parents participate alongside their children. “A child who has a parent involved is three times more likely to succeed, which is why we have such a high graduation rate,” he said. “We’ve got so many more families involved now who are doing this together. It really has become a way to strengthen individual families.”

Not only families have been strengthened, Boozer points out how individuals who may not have a family or even a church family have found such a support through the KICS school. “Maybe they moved; maybe they just don’t have much family,” he said. “The karate school becomes their family. That’s something that doesn’t happen in the first two years.”

With the financial support the KICS school has received, not only have they been able to provide at no cost, but they also have been able to sponsor kids to go to church camps. “We get to use that money to fund other activities that will benefit them as Christians or as non-Christians with the hope and prayer that those events will bring them closer to God,” said Boozer.

Many question how karate can be used as a Christian ministry, since the martial art has an Asian origin with affiliation with Eastern religions and philosophies. Boozer said he stresses the fact that karate, or Tae Kwon Do, is a sport just like football.

“We pray before every class and praise God for our karate family and the time we get to practice this sport and learn more about Him,” he said, and he welcomes the opportunity to discuss any concerns.

Half of the school is made up of members of Moore, First, and the other half could be divided equality of members of other churches and non-church goers. As part of the outreach element of the school’s ministry, Boozer said they now have a breaking team that is trained to break boards and other items for demonstrations.

The novelty has worn off. The KICS school is now well-established, and God is using its students and instructors to further His Kingdom.