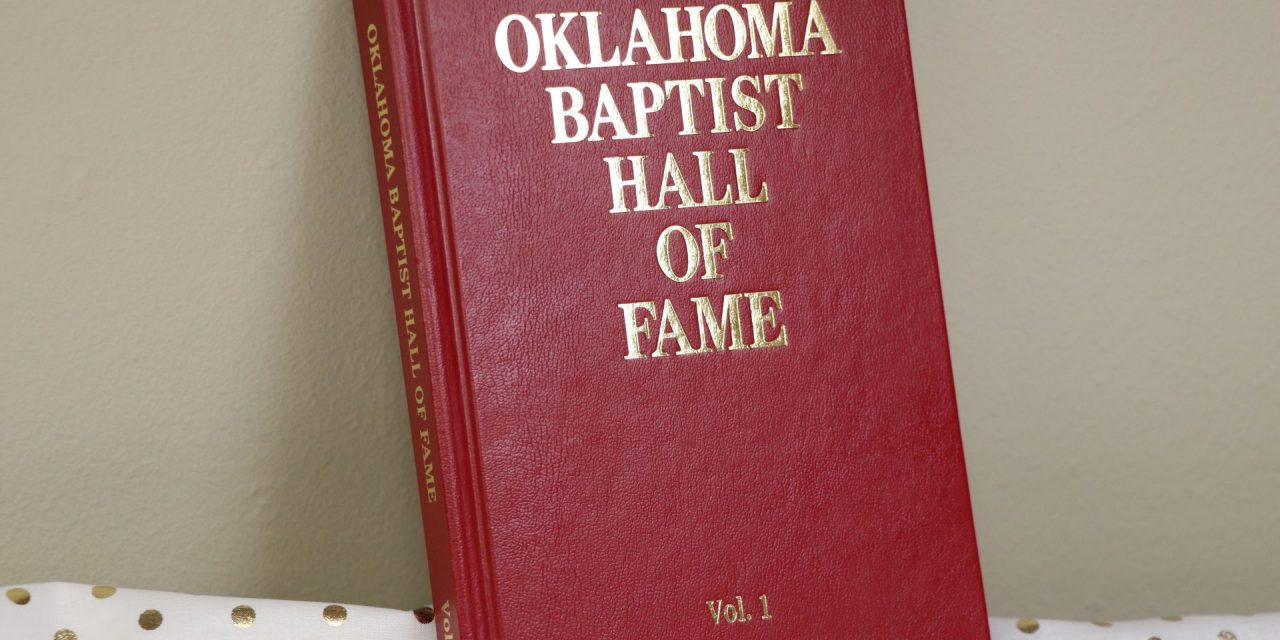 Those actions were taken recently by members of the Oklahoma Baptist Historical Commission (OBHC) during their fall meeting at the Baptist Building in Oklahoma City. 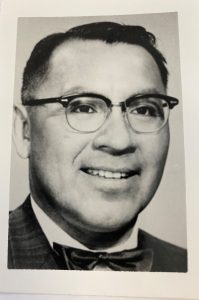 “The objective of this assembly in its annual meeting shall be to foster and promote Christian training, inspiration, fellowship, evangelism and missionary zeal among the Indians in their Baptist church life.”

Those simple words are in the founding documents of a summer camp and assembly founded by, run by and for Native Americans at Falls Creek Baptist Conference Center. Victor Kaneubbe wrote these words, sharing how God was working among Native Americans.

More than 50 tribal nations from across North America and more than 250 churches have been represented each year at Indian Falls Creek for encouragement and training. Beginning in 1947 with an attendance of 333, the camp’s average registration is now more than 3,000.

Born in 1921 in Okmulgee, Kaneubbe was the son of full-blood Choctaw Hampton Kaneubbe and one-quarter Choctaw Sue Kaneubbe.

Kaneubbe attended Oklahoma Baptist University (OBU) to prepare for ministry and soon began ministry in churches around the area. He began at his home church, Okmulgee, Tabernacle (currently Okmulgee, Second) before ministering at Bowlegs, First and Shawnee, Calvary.

In the early years of his ministry, Victor and his wife, Eileen, did ministry across the state before moving to be Home Mission Board (HMB) missionaries to the Choctaw Indians in Mississippi.

In his retirement, Kaneubbe continued mission work, starting new ministries, serving as a chaplain, and speaking at camps and retreats. He often dressed in native regalia and shared stories about his ministry to make campers aware of the need for native ministry.

After 37 years, Kaneubbe retired from the HMB, but his ministry was not finished. He was elected as the first chairman of the National Native American Southern Baptist Fellowship. The fellowship worked to get 400 full-time Native pastors, 1,200 bivocational pastors and 4,000 trained lay leaders. He became the first American Indian elected to convention-wide office in the SBC as second vice president in 1987 and worked to bring awareness of native issues to the convention. 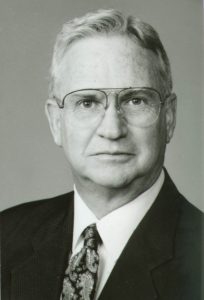 William Graydon Tanner was born in Tulsa on March 10, 1930. He was led to Christ by his mother when he was 8 and made his public profession of faith and was baptized at Bryan, Texas, First.

Tanner had a dream to become a career naval officer, but God had a different appointment for Tanner. While attending a Baptist camp the summer before his high school senior year, he heard the call of God. Tanner enrolled in Baylor University to begin preparation for ministry.

While at Baylor, Tanner served as president of the freshman class and of the Baptist Student Union. His greatest achievement was to discover the love of his life, Ellen Yates, the daughter of Kyle Yates, former pastor of Houston, Texas, Second, who had been instrumental in Tanner’s call to ministry. He graduated from Baylor in May 1951, and in December while a first-year student at Southwestern Seminary, married Ellen at Houston, Second.

Tanner served as pastor of four churches, beginning at 22, as he was called to Houston, Texas, West End, after one year in seminary. He pastored other churches in Texas and in Mississippi.

Tanner eventually held 10 degrees, including two earned doctorates and five honorary degrees. Among them were the bachelor of divinity and doctor of theology from Southwestern Seminary. From 1971-76, Tanner served as the 11th president of Oklahoma Baptist University.

In July 1976, Tanner was elected to lead the SBC HMB. He was a strategic leader of mission work in the U.S. and was a prime leader in the Bold Mission Thrust emphasis.

In 1985, Tanner became executive director-treasurer of Oklahoma Baptists. He dealt with several crises during his tenure that could have destroyed the unity and integrity of the convention. When he retired, the convention was healthy and moving forward. Beyond the crises, Tanner led in establishing independent yet connected boards for state Baptists’ childcare and eldercare ministries. Now, Oklahoma Baptist Homes for Children and Baptist Village Communities stand strong as two of the four Oklahoma Baptist entities. He also laid the foundation of a new structure for the convention staff through a Strategic Planning Committee, whose recommendations were affirmed by the convention in 1996.

Tanner retired in 1996, remaining in Oklahoma. He spent his time writing, teaching and preaching. As health challenges arose, he and his beloved Ellen moved to be near one of their sons in Belton, Texas. He passed away on June 10, 2007 at the age of 77. 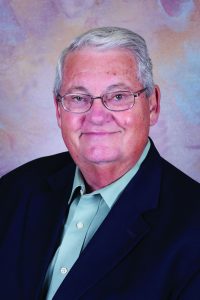 Eli Howard Sheldon was born and raised in Monroe, Mich., and after serving in the United States Army for nine years, felt called to the Gospel ministry.

Sheldon has twice received awards for his writing. He has had articles printed in denominational-related publications and secular newspapers, including an article published in the Baptist Messenger on July 17, 1975 that provided tips to church personnel for keeping good church records. He also has appeared on talk radio and local television.

Sheldon wrote several theological papers during his 25 years as adjunct professor for Oklahoma Baptist University (OBU) at their Oklahoma City-based Ministry Training Institute at the Capital Association office. Among the courses he taught were Baptist History & Theology and World Religions.

He received his master’s degree (May 1973) and his doctor of ministry degree (December 1976) from Southwestern Seminary. He pastored churches in Texas and Oklahoma for more than 30 years before accepting the position of historical secretary for Oklahoma Baptists.

Sheldon wrote several articles to help church staff and historians collect and preserve their histories. They include “How to Write a Church History,” “How to Plan a Church Anniversary” and “What to do with Historical Church Materials.” He also wrote and illustrated a children’s coloring book—“Oklahoma Baptists’ Colorful History”—in 2012 that provides information and facts about Oklahoma Baptist history.

Sheldon and his wife Freida currently live in Oklahoma City. Freida also had recently completed 14 years of service with Oklahoma Baptists with her final position being Eli’s ministry assistant.

A longtime Oklahoma pastor, Sheldon’s last pastorate was at Oklahoma City, Crown Heights, where he served 28 years. He also pastored at Marietta, Eastside and at Roosevelt, First.

View all posts by Luke Holmes