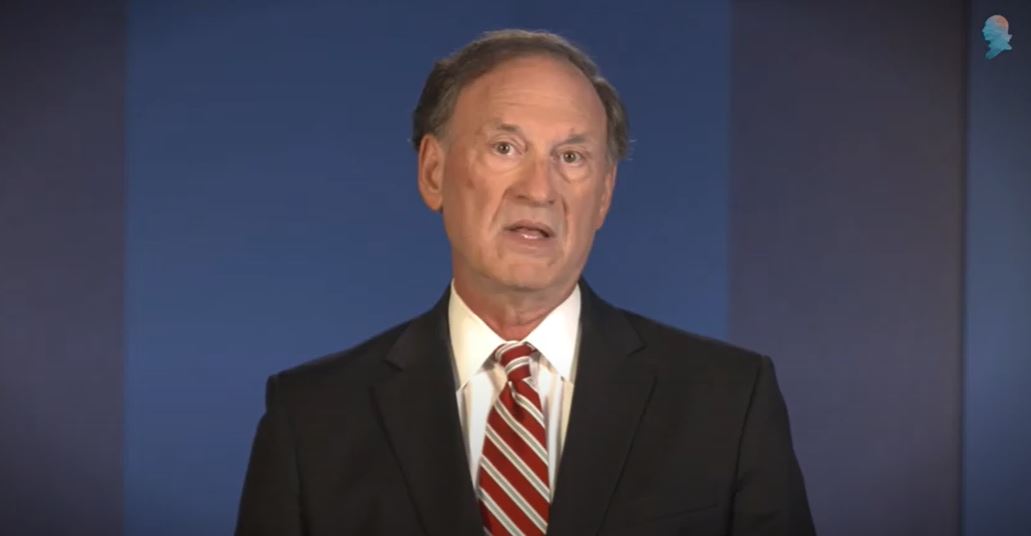 “In both cases, the court allowed the discrimination to stand,” he said. “The only justification given was that we should defer to the judgment of the governors because they have the responsibility to safeguard the public health.

“Deciding whether to allow this disparate treatment should not have been a very tough call,” Alito said, referencing the Nevada case in particular. “Take a quick look at the Constitution. You will see the Free Exercise Clause of the First Amendment which protects religious liberty. You will not find a craps clause or a blackjack clause or a slot machine clause.”

Alito spoke to the conservative Federalist Society National Lawyers Convention held via Zoom, and acknowledged the tragedy of the pandemic that has taken a “heavy human toll” of nearly 245,000 lives and numerous failed businesses.

He described the church cases as discrimination, but said the pandemic also ushered in “previously unimaginable restrictions on individual liberty” that might not be considered abusive.

“Now, notice what I am not saying or even implying. I am not diminishing the severity of the virus’ threat to public health. And putting aside … a few Supreme Court cases, I’m not saying anything about the legality of COVID restrictions,” Alito said. “Nor am I saying anything about whether any of these restrictions represent good public policy… All that I’m saying is this, and I think it is an indisputable statement of fact. We have never before seen restrictions as severe, extensive and prolonged as those experienced for most of 2020.”

The nation must be careful to end the restrictions after the pandemic passes, Alito said, citing a trend disparaging religious liberty before the pandemic began.

He referenced the Supreme Court cases of Masterpiece Cakeshop owner Jack Phillips, charged with a crime for refusing to design a cake for a same-sex wedding; and Little Sisters of the Poor, who sought exemption from an Obamacare insurance mandate to cover birth control and abortifacients.

“For many today, religious liberty is not a cherished freedom,” Alito said. “It’s often (considered) just an excuse for bigotry (that) can’t be tolerated, even when there is no evidence that anybody has been harmed.

“As far as I’m aware, not one employee of the Little Sisters has come forward and demanded contraceptives under the Little Sisters plan,” he said. “There was… no reason to think that Jack Phillips’ stand would deprive any same-sex couple of a wedding cake. The couple that came to his shop was given a free cake by another bakery, and celebrity chefs have jumped to the couple’s defense.”

Alito, appointed by President George W. Bush in 2006, commended the Court for its work during his nearly 15-year tenure.

With the death of Justice Ruth Bader Ginsburg and the appointment of Amy Coney Barrett, the court now has what many consider a conservative majority.