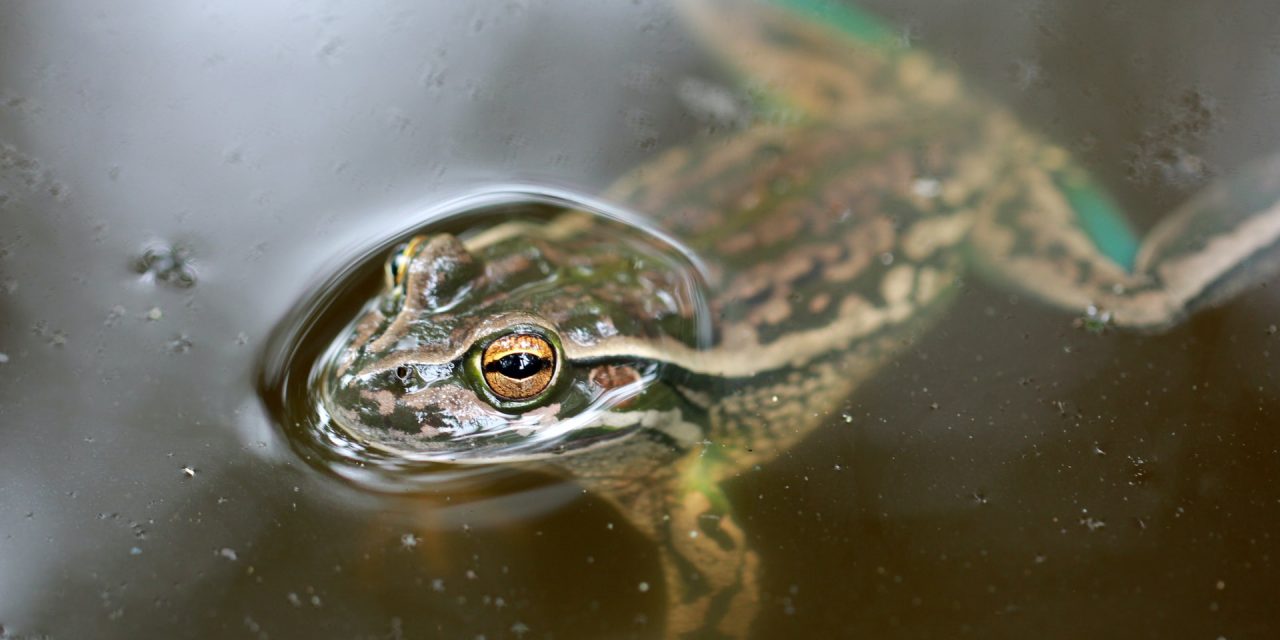 I grew up hunting and fishing. My best friends were also the outdoor type. As a result, we were always shooting something, catching something, traipsing around in the woods or trapping something. We were convinced if civilization came to an abrupt end, we would survive without any problem. After all, country boys will survive.

One summer night, between our junior and senior year in high school, we went to a flood control lake that was just chock full of bullfrogs. The temptation of having a mess of frog legs was just too great. For the uninitiated among you, frog legs are an incredible delicacy. Chicken only wishes it could taste like frog legs.

My two buddies, Brad and Wayne, and I procured a johnboat, an electric trolling motor, a couple of frog gigs, and a spotlight that was made from the headlight of an old Chevrolet pickup. We also had a couple of burlap bags to put the frogs in.

It wasn’t long before we had a sack full of frogs. We were actually talking about going home, but Wayne, who was running the light, spotted a big old bullfrog sitting on the bank underneath a willow tree. I began to expertly drive the boat toward the frog. Brad, who was in the front of the boat, readied his gig. About the time the nose of the boat touched the bank and Brad gigged the frog, we all heard it.

No one said anything about what we heard, but we all heard it—the rustling of willow leaves. It was the unusual movement of willow branches. It immediately set off something deep within me. It was a primal response to a known but unseen threat. The hair on the back of my neck stood up. My nostrils flared. My eyes widen. My feet were screaming, “Run!” This was a threat as old as humanity, and Brad, Wayne and I immediately and simultaneously knew we were in grave danger.

Unbeknownst to us, a snake was in that willow tree. When we pulled in to take the frog, the snake unwound his evil self from the branches and fell into the boat. Brad stepped out onto the shore, while Wayne and I both jumped out of the boat. We were suddenly standing in chest deep water.

I have always had a healthy fear of snakes. Okay, I have always had an unhealthy fear of snakes. They scare the bejibbers out of me. If I had been in the Garden of Eden, I would have either run off and left Eve with that snake, or I would have found a club, a gun, a jousting pole that was at least 10 feet long, or a nuclear weapon of some sort and obliterated that talking snake. Either way, Satan would have had to have shown up as something other than a snake if I were going to fall to his temptation.

And now there was this stupid snake. Without much effort, he was the sole owner of a johnboat, an electric trolling motor, a spotlight made from the headlight of an old Chevrolet pickup, a frog gig, and a sack full of frogs. Although I wasn’t certain, I was pretty sure it was a coppermouthrattlemocassin.

The worst thing was, while we were trying to decide how to regain ownership of our boat and frog gigging enterprise, that stupid snake just lay there in the bottom of the boat next to that sack of our frogs sticking his tongue out at us. Stupid snake.

We decided on the “beat him to death with boat paddles.” And we did. And then we beat him some more because you never know when one of those things might spring back to life, fly through the air and bite you on the face or something. So, we showed him.