Just Joe: It happened on a school bus 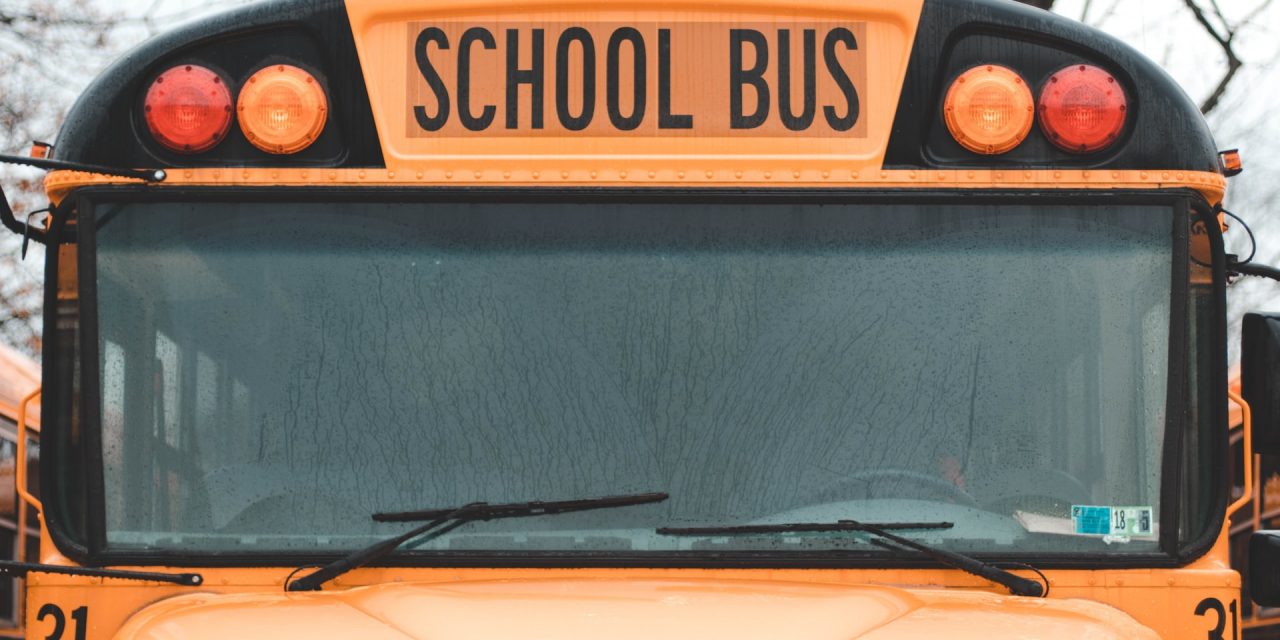 In my previous life—that doesn’t mean I believe in reincarnation. I am talking about my life before vocational ministry when I was in public education—I taught school at Konawa for several years. It was before Gayla and I were married. So, the school district decided I must have had a lot of extra time on my hands and thoughtfully assigned me several extra duties. One of those was driving a school bus.

One afternoon I stopped at the elementary school to pick up some of my riders. One little boy climbed the steps into the bus, stopped right next to me and said, “Mr. Ligon, my stomach doesn’t feel good.”

In my most compassionate, caring way I told the young boy to sit in the seat right behind me. I also told him if he thought he was going to throw up, he should tap me on the shoulder. I would pull over.  He could get out in the bar ditch and throw up to his little heart’s content.

I ended my instructions with this statement: “Don’t you throw up in my bus.” The little boy shook his head in agreement and dutifully sat down behind me.

I picked up the junior high and high school kids and took off to deliver all of the little angels to their homes. It happened right after I turned off the black top and onto a gravel road. I felt a little tap on my shoulder, but before I could even think about pulling over, I heard it.

You know the sound. It is one of those yells that start in your feet, reverberate through your body and exit your body out of your mouth along with whatever you had for lunch. Yep. The kid puked in my bus.

I pulled over. Made the kid get in the bar ditch in case anything else was going to be brought up.  To my good fortune, I found one of those containers of absorbent that looked like saw dust.  Back in the day, every good custodian had some of this stuff that would absorb just about anything.

So, I began to dump some of it on the pool of puke on my bus. I quickly decided that if a little bit would work, a whole lot of it would work even better. By this time, all the kids on the bus were opening their windows and whining about the odor.

I finally let the offender back on the bus. He sat down. I sat down and put on my seat belt. I put the bus in gear and started down the road. That’s when it happened.

At about 35 MPH, there was enough wind whistling around in the bus that all of that puke laden absorbent suddenly became airborne and started swirling about the bus. To this day I remember looking in that big bus driver mirror and watching what looked like a puke tornado blowing through the bus.

Thankfully, the vast majority of kids on the bus were completely oblivious to what was happening. After all, obliviousness is a pretty common trait among kids. But I wasn’t oblivious.  If anything, I was a victim. As that stuff was blowing around, it stuck in my hair, got up my nose, blew into both of my ears, and tried to get into my mouth. But I kept my mouth so tightly closed, you couldn’t have shoved a piece of bacon in there.

It was my first and only pukenado that I had ever been in. I have no desire to experience any more of those kinds of atmospheric phenomenon.

There are some pretty obvious lessons in this little story. For example, if you have a kid with an upset stomach don’t let him get in your car. Put him in someone else’s car or make him go to the bar ditch.

Second, don’t give your absorbent a chance to get airborne. It will. Third, most people will tolerate a lot of things if they don’t know what they are tolerating.

Finally, school bus drivers go through a lot.  Next time you see one, give him a high five unless he has weird saw dust looking stuff on his hand.

But the real lesson is this. People can be messy. We have to be willing to help them get through whatever the mess is. If you think about it, that’s kind of why Jesus came.

Photo by Austin Pacheco on Unsplash