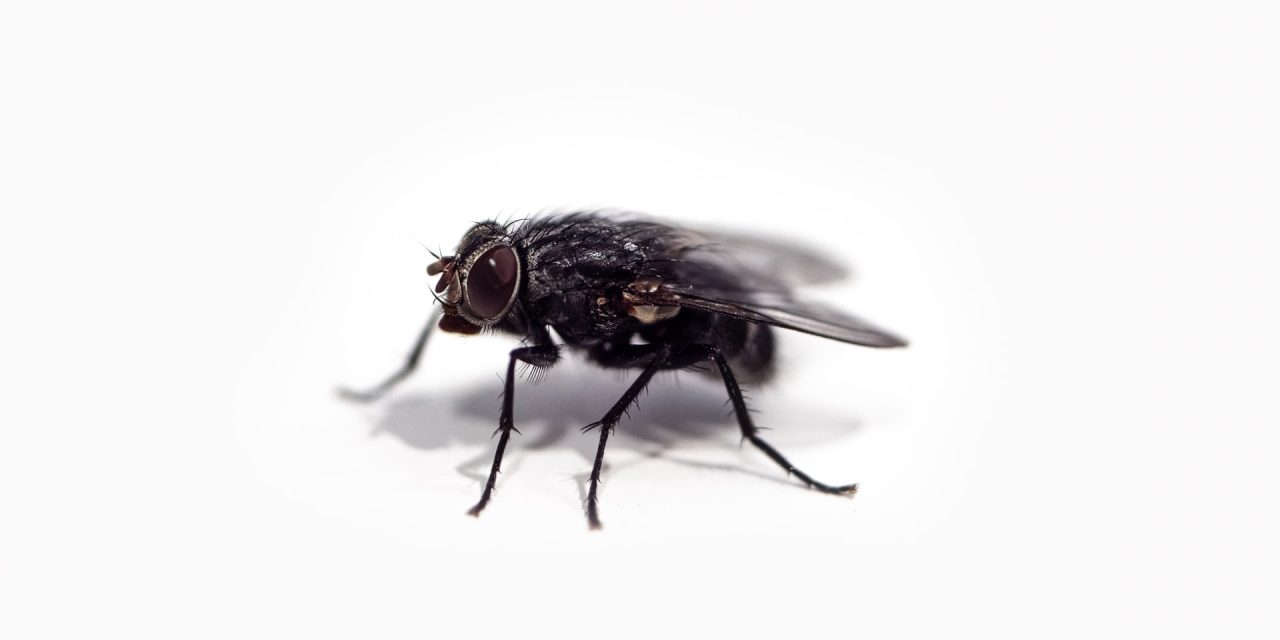 It has happened to me too many times to count. I am sure it has happened to you as well. You are driving down the road with the windows up, air conditioner on, maybe even some tunes on the radio, slow drivers staying in the right-hand lane. Everything is lined up for a great trip when it happens.

A stupid fly comes buzzing by.

Sure enough, he does. You find yourself grabbing handfuls of air with no fly in it. You roll down your window and try to wave the stupid fly out of your car. But the only thing you really accomplished with that was messing up the hair on the left side of your head.

If there are other people in the car, they quickly engage in trying to catch the fly. Because everyone knows, the one who catches the fly has nasty Kung Fu skills and shouldn’t be messed with. So, everyone in the car starts making weird hand motions, grabbing at something that doesn’t seem to exist, and the fly just keeps buzzing by.

Then, kind of sudden-like, the fly is not buzzing around. Everyone in the car is looking intently around the vehicle. Everyone knows the fly has simply found an out-of-the-way place in your vehicle to plot his next buzz by. If you could see him, he would be rubbing his little fly hands together in a devious way, as he fine-tuned his sinister plot to take another pass through the car. If you listen carefully, it is almost like you can hear the music to one of Clint Eastwood’s spaghetti westerns in the background. And then it happens. The fly comes in on a low strafing run, and everyone starts with the weird hand motions again.

Just the other day, this actually happened to me. Again. I was somewhere between Marlow and Chickasha when the first fly pass was made. It was game on. I rolled down the window at least four times during the battle, which made a real mess of the hair on the left side of my head. I grabbed at the fly enough times I got a cramp in my right bicep. I couldn’t catch the demonic thing. It was wearing me out.

Then it dawned on me. As I sat there steering with my knees, rubbing my hands together in a devious way, I fine-tuned my sinister plot.

I would leave the fly alone until I got to the office. Once there, I would open all my doors and chase what was obviously a country fly out into the big city. I laughed a deep, almost scary kind of laugh, thinking about how that country fly didn’t stand a chance in Oklahoma City. In fact, I was quite sure that he would probably fall victim to a gang of Oklahoma City flies in some dark alley in the middle of the night. Regardless, I had won. I had defeated the fly. And I was elated.

Isn’t it crazy how often we let the small things in life keep us from enjoying the better things?

“Be alert and of sober mind. Your enemy the devil prowls around like a roaring lion looking for someone to devour. Resist him, standing firm in the faith, because you know that the family of believers throughout the world is undergoing the same kind of sufferings” (1 Peter 5:8-9).