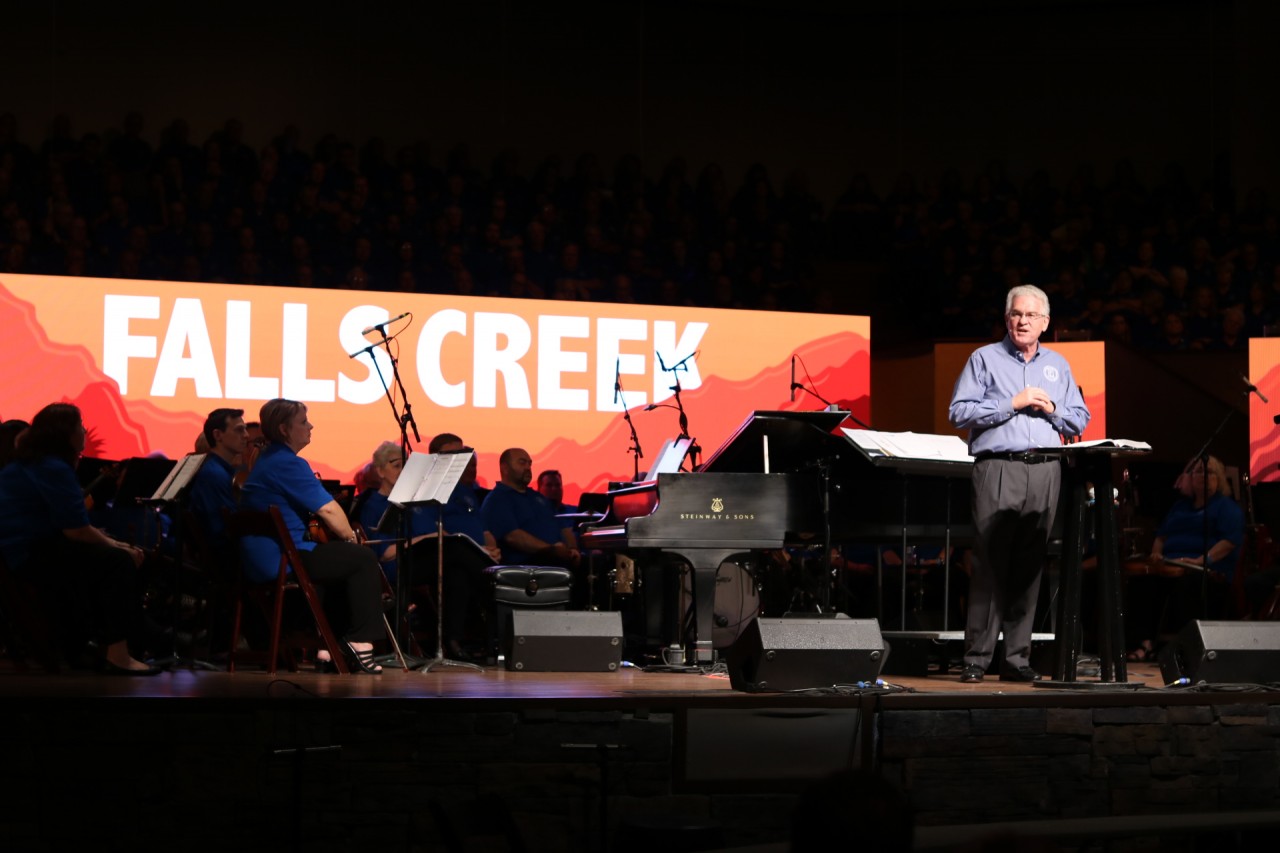 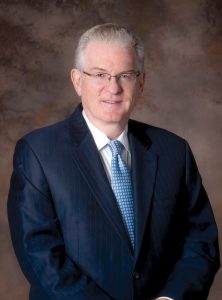 Anthony L. Jordan, who has served as executive director-treasurer of the Baptist General Convention of Oklahoma (BGCO) since April 1996, announced his plans to retire from the role next year, during his remarks at the meeting of the BGCO Board of Directors on September 12.

During the same meeting, Joe Ligon, pastor of Marlow, First, who serves as the BGCO President, led the BGCO board to elect an executive search committee, in accordance with BGCO bylaws, to search for a candidate to fulfill Jordan’s role upon his official retirement on April 15, 2018.

Jordan’s nearly 22-year tenure stands at the longest of any to hold that role in Oklahoma, and his retirement announcement was met with expressions of heaviness of heart from board members, along with words of appreciation for Jordan’s life and work through the years.

“Dr. Jordan is a great friend and a great leader. He has led this convention capably, and the Lord has used this amazing servant leader to move Oklahoma Baptists forward in more ways than we can count,” said Ligon. “The Gospel has been at the heart of all of Dr. Jordan’s ministry at the BGCO. From evangelism to partnership missions to Falls Creek, the Gospel is central in Dr. Jordan’s life and work.” 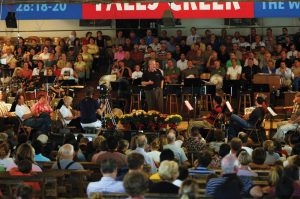 Hance Dilbeck, pastor of Oklahoma City, Quail Springs, where Jordan and his wife Polla are members, said, “Dr. Jordan is a close friend whom I admire greatly. From his passion for reaching the lost, to his passion for protecting the unborn, the effects of his leadership are felt across this state and across the Southern Baptist Convention. Everywhere I go, I continually meet people who say to me, ‘You have a great state convention.’ That’s because of Dr. Jordan’s leadership.” 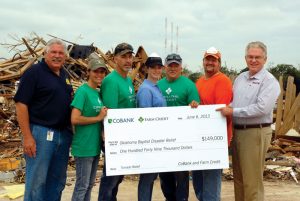 Dilbeck also pointed to Jordan’s leadership at Falls Creek. “His legacy, in my mind and in many people’s mind, will be Falls Creek. The work at Falls Creek has been phenomenal. The facilities, $60 million plus, that he has raised to bring the facilities to the 21st Century, where we have seen thousands come to Christ and be called to vocational ministry and missions.”

Nick Garland, pastor of Broken Arrow, First, said, “Since the day he stepped into this role, my good friend Dr. Jordan has poured his life into Oklahoma Baptists, leading us to be used by God to advance the Gospel in this state in mighty ways. No one across the Southern Baptist Convention has provided such consistent leadership as he has. He is a man of deep prayer who has a passionate heart for the people of Oklahoma. As his friend, I have been honored and humbled to spend time with him often, as we seek to serve advance God’s Kingdom in this state and throughout the world. I want to congratulate him and Polla on this forthcoming retirement and tell them how much we will miss his leadership as executive director.” 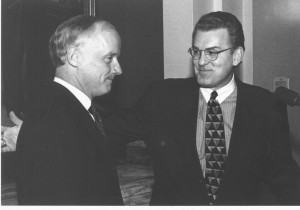 Kevin Baker, pastor of Altus, Martha Road, said, “Dr. Jordan cares deeply about every church, regardless of location and size, in this state. His love for God’s Word, for evangelism and for the local church have had a major impact on my life and the life of our church family in Altus.”

Board members spent time in prayer for Jordan, and numerous others in attendance voiced thanks to God for Jordan.

Jordan read his letter of retirement at the Sept. 12 meeting of the board, where he shared his appreciation for board members and for all of Oklahoma Baptists.

“This has been the journey of a lifetime. I could never have imagined the remarkable opportunities afforded me in this leadership role. Without question, it has been both humbling and exhilarating. Oklahoma Baptists are the finest and most generous people on earth. No man could have a more rewarding experience than to lead such a great people,” he said. 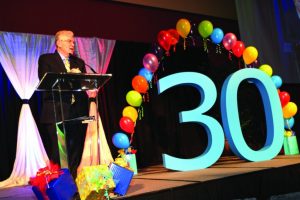 Jordan also expressed gratitude to many with whom he serves. “Our staff is the finest to be found among state conventions in the Southern Baptist Convention. We are blessed with wise leaders and board members, and this convention is unified and focused. We enjoy a relationship between the convention and her affiliate entities that is unexcelled in the Southern Baptist Convention, and is built on the foundation of a mutual mission and by an inseparable bond of trust. 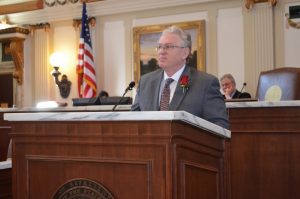 “God has providentially guided this great convention throughout our 111 year history. He holds us in the palms of His hands. I have no doubt God has been preparing a man to step into this role and to lead us to greater heights of missions and ministry than ever before. I join you in praying for God to reveal to us that person. Thank you for your support through the years and for giving me this remarkable privilege of serving Oklahoma Baptists.” 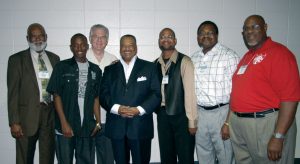 Jordan served on the SBC’s Task Force on Cooperation and the SBC’s EKG (Encouraging Kingdom Growth) Committee. He chaired the Faith Sector for the Oklahoma Marriage Initiative; the Baptist Faith and Message Study Committee (1998, SBC); and the SBC Stewardship/Cooperative Program Ad Hoc Committee (2004-06). In 2007 he served as president of the Southern Baptist Association of State Convention Executive Directors.

Dr. Jordan is married to the former Polla Crutchfield. They have a son, daughter-in-law, and granddaughter, Adrian, Janae, and Lydia, as well as a daughter, Alisha. 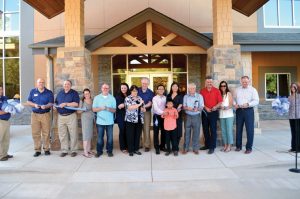 Jordan is a graduate of Southwest Baptist University, where he gained the Bachelor of Arts degree. He earned the Master of Divinity and the Doctor of Ministry degrees from New Orleans Baptist Theological Seminary. In 2010, Dr. Jordan was presented with an honorary Doctor of Divinity degree from Oklahoma Baptist University. He also has been the recipient of numerous other awards, including a distinguished alumni award from New Orleans Baptist Theological Seminary and the Spirit Award from Oklahoma Prison & Jail Ministries.

During the 2017 BGCO Annual Meeting, on Monday evening, November 13, a special reception will be held to recognize Jordan and as a fellowship for Oklahoma Baptists. A special retirement celebration event to take place sometime in 2018 will be announced in the near future.