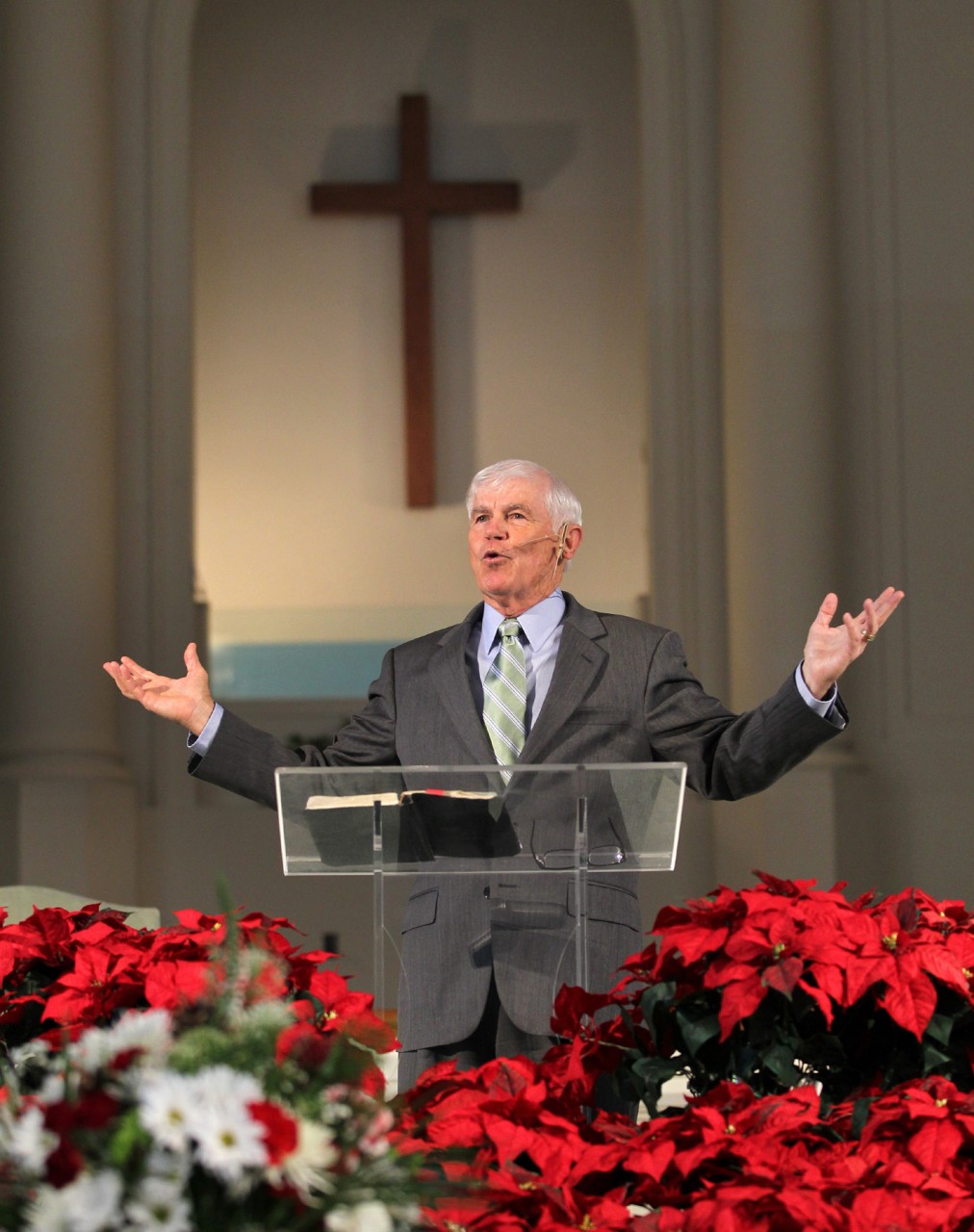 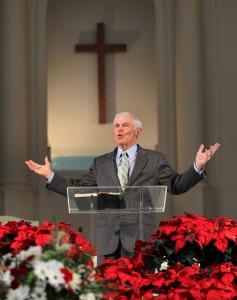 ORLANDO, Fla. (BP) — Jim Henry, pastor emeritus of First Baptist Church in Orlando and a former president of the Southern Baptist Convention, is again leading a church in Orlando.

Downtown Baptist Church, which formed when First Baptist moved from downtown Orlando to John Young Parkway in 1985, has called Henry as pastor.

Henry said the church is poised to become “a tremendous lighthouse for downtown Orlando.”

Stan Buchanan, chairman of the church’s trustees, said church attendance had dwindled to 70 but has swelled to 300 since Henry’s first Sunday on Dec. 7.

“He preaches great sermons with the same energy he did years ago,” Buchanan said of Henry.

Henry led First Baptist Church from 1977 until retiring in 2006. In addition to leading the SBC from 1994-96, he served with a myriad of Southern Baptist entities and boards.

Since retiring, he has served several churches as a transitional pastor, including churches in North Carolina and Tennessee, which he “had to fly to every Saturday.” He said he is thankful to now be able to drive with his wife Jeannette from his home in Orlando to preach at Downtown Baptist, where they have old friends.

Before Henry accepted the call at Downtown Baptist, he consulted pastor David Uth, his successor at First Baptist Church. “He told me, ‘We’ve got your back,'” Henry said.

“We’ve just grabbed hold to see what the Lord will do here,” Henry said. “We are primed to reach people living downtown.”

Plans to accommodate these new residents include expanding the church’s educational ministries, which has had only one Sunday School class.

Henry said on March 1 the church will offer Sunday School classes “from bed babies to senior adults.” The massive facilities of Downtown Baptist are being spruced up for all the new classes, and teachers for the classes are being enlisted.

Help may come from interns from The Baptist College of Florida and from seminaries, and other local churches have offered help in restarting the church’s ministries, Henry said. He asked his fellow Florida Baptists to pray for “discernment and provision of leaders” for Downtown Baptist.

“I was invited to speak at church revitalization conferences twice last year. I didn’t know then that I would need what they had there. It’s amazing to see God’s hand working like that,” he said.

Henry sees his tenure as pastor of Downtown Baptist as “open-ended,” though he said he will work to prepare the church for its next pastor. He and church leaders will re-evaluate every six months to “feel where we are,” Henry said.

Henry said it is a privilege to be “a piece of the fabric and a dot in the connecting chain” in the work of Downtown Baptist. “Our options here are exciting,” he said.

“We are not nailed to one thing, and we are free to seek God’s face for our future,” Henry said. “A handful of people held on here by faith to see what God will do, and we want only God’s glory.”

View all posts by Carolyn Nichols