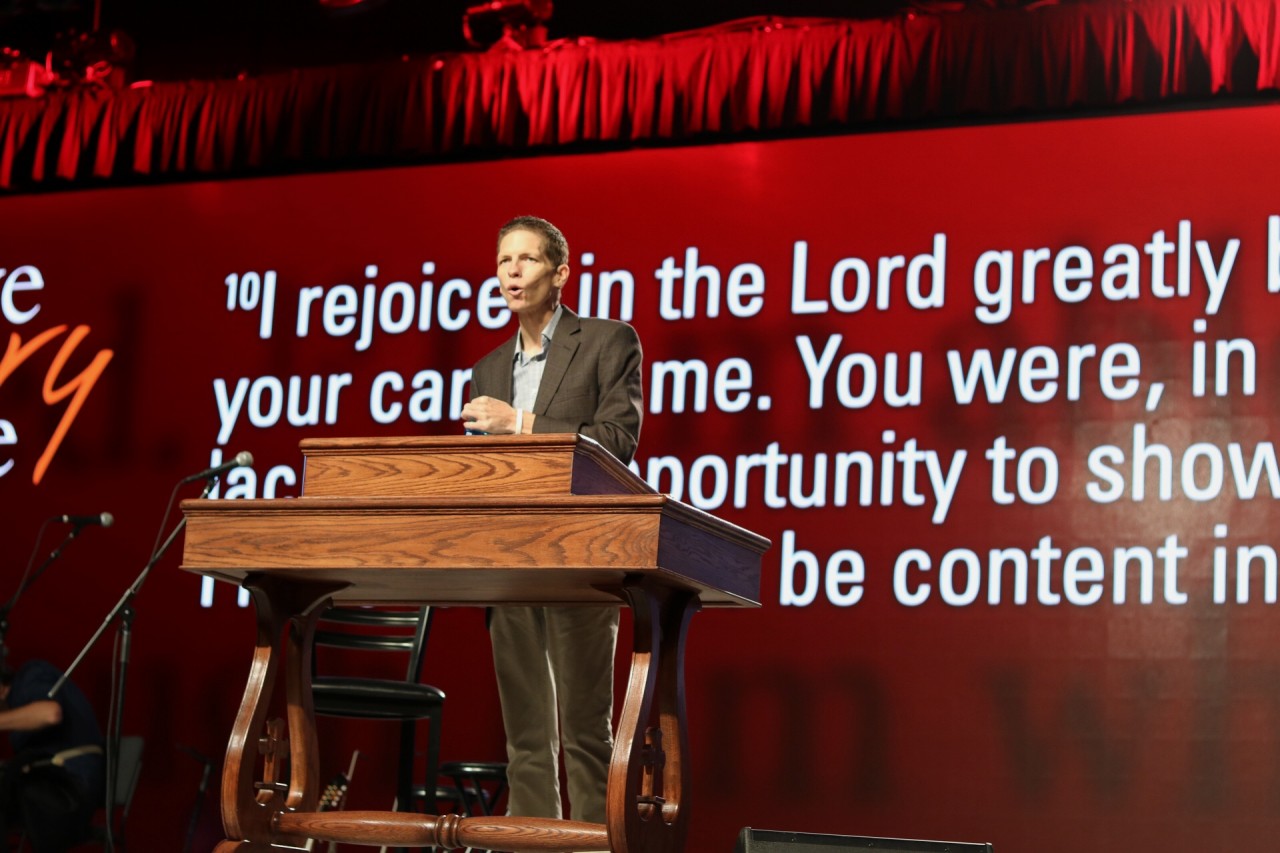 PHOENIX, Ariz.—Oklahoma pastor Shane Hall, who has been facing a protracted battle with stomach cancer, delivered a sermon on June 12 in front of thousands of Southern Baptists at the 2017 Pastors’ Conference in Phoenix, Arizona.

Preaching out of Philippians 4, Hall boldly proclaimed, “Jesus is enough!” 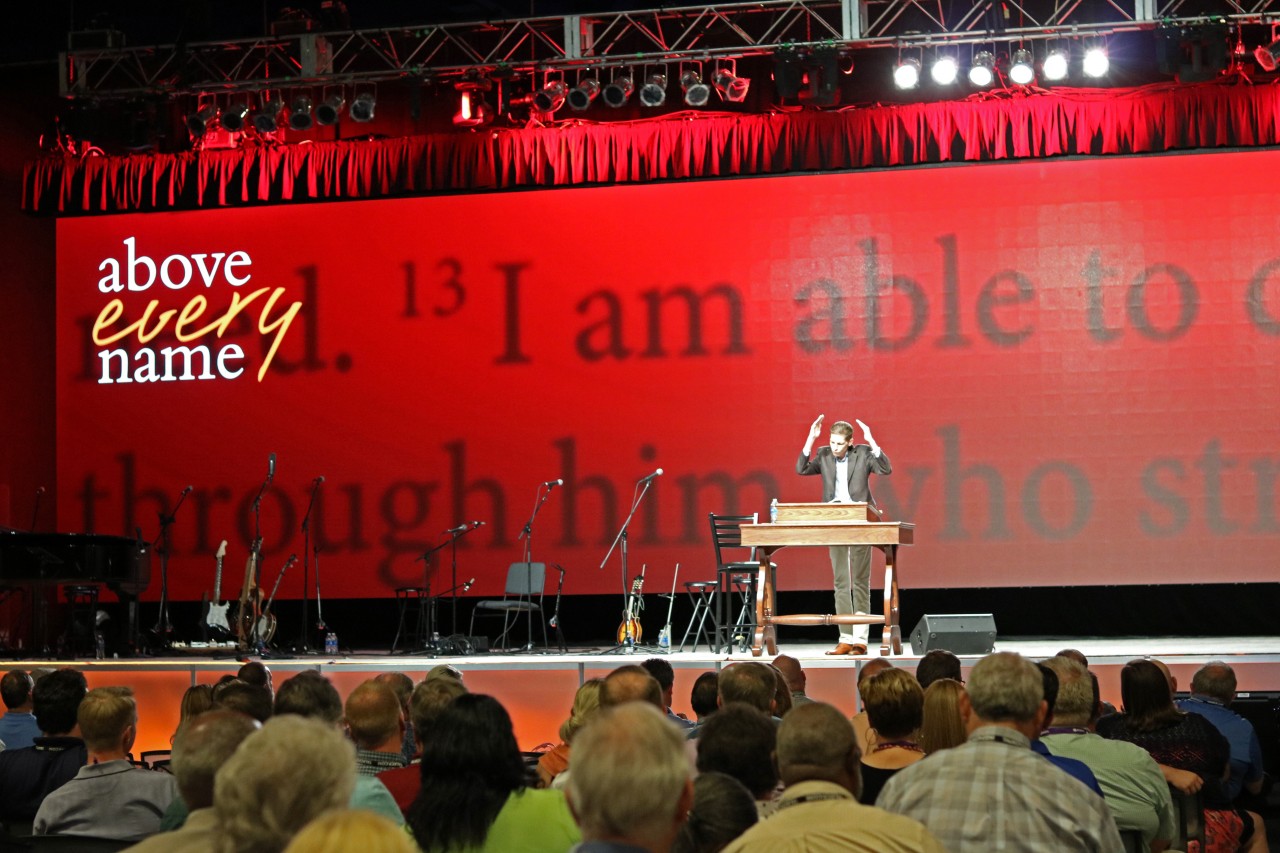 Throughout the Pastors’ Conference, which had the theme “Above Every Name,” 12 preachers each took portions of the book of Philippians, with Hall being assigned to preach out of Phil. 4: 10-23 and scheduled to deliver the concluding sermon of the pastors’ conference on Monday evening.

Hall, pastor of Del City, First Southern, was first diagnosed with cancer nearly three years ago and has already lived longer than the initial predictions of doctors. Just weeks before the Pastors’ Conference, Hall was in a hospital bed, facing major health challenges.

Prior to Hall’s sermons, Anthony Jordan, executive director-treasurer for the Baptist General Convention of Oklahoma, asked people to pray for him.

Though outwardly weakened by his illness, Hall has continued to preach on Sundays at First Southern and was able to proclaim the power of Christ with his life story in his sermon at the Southern Baptist Convention.

“The Apostle Paul said in Philippians 4, ‘I have learned to be content in all circumstances… I know how to be brought low, and I know how to abound.’ Paul is teaching us about the school of contentment,” said Hall. 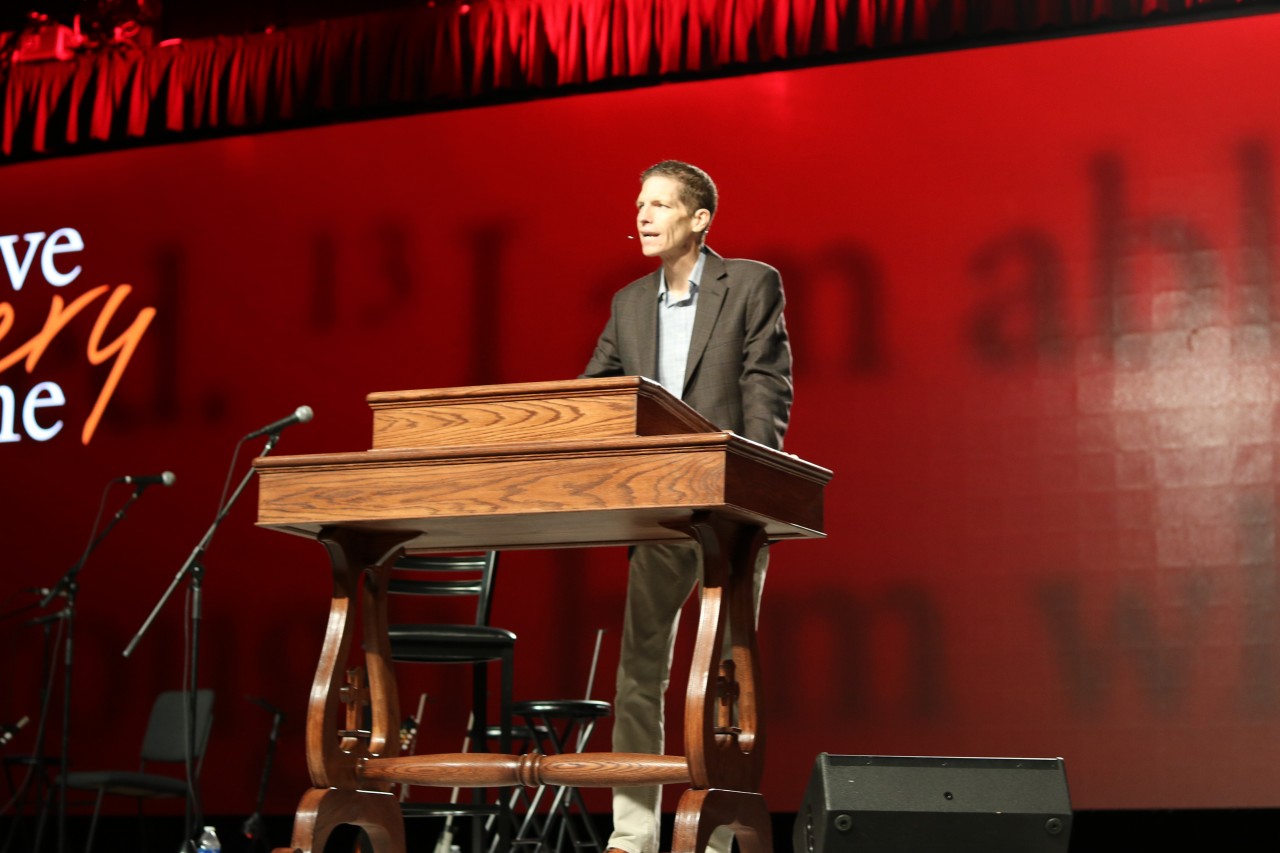 Shane Hall sharing his testimony with Pastors’ Conference attendees on Monday, June 12, in Phoenix at the 2017 Southern Baptist Convention.

“None of us wants to be in the school of contentment, where God shows us how to rely upon Him through trials and suffering,” he said.

“I can personally attest to what Paul spoke of in Philippians. When trials come, life gets very clear and simple. All of the things of the world fade and the brightness of Christ shines forth, giving us strength.”

In addition to an exposition of the Scriptural passage, Hall shared in detail his testimony about his battle with cancer, which has included many ups and downs. He thanked his wife Misty for standing by him in every step of the journey, as well as his church family and many other prayer warriors.

People attending the pastors’ conference, including Oklahoma Baptists, heard the sermon were inspired by Hall’s words.

Jordan said, “Thank You Lord for speaking a powerful word from the Word through Shane. You have gloriously answered our prayers!” Jordan said he could not be more proud of Shane and Misty, whom he called “dear friends that have shown us what it means to be Christ-followers through hard times.” 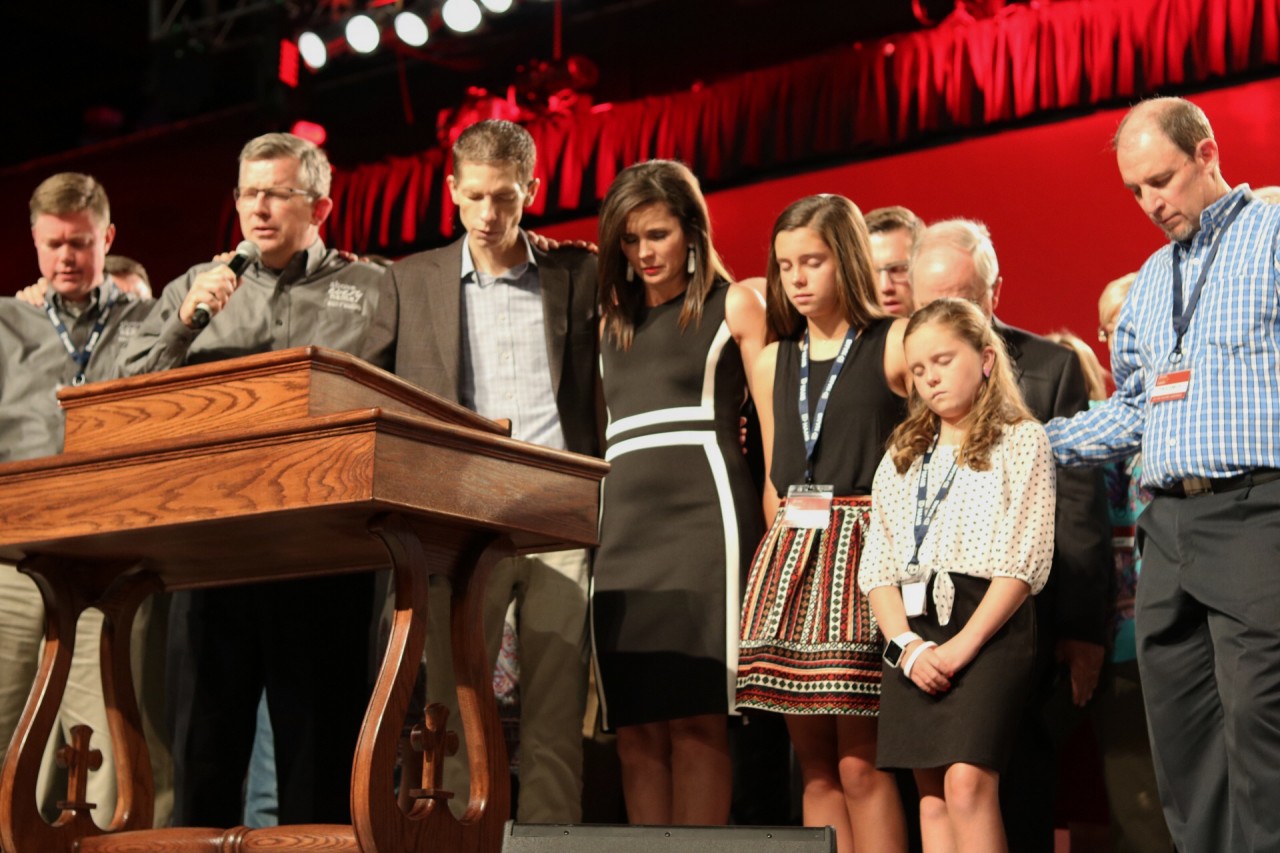 Shane Hall and his wife Misty, as well as their two daughters, are prayed over by all of those attending the Pastors’ Conference at the 2017 Southern Baptist Convention in Phoenix.

Will Wilson, pastor of Tecumseh, New Hope, said “I am so thankful for my brother in Christ, Shane.” Wilson, a longtime friend of the Hall family, believes the sermon from Hall will bless and challenge all who hear it.

In addition to people in attendance, Hall’s sermon was streamed online, which numerous Oklahoma family, friends and supporters watched.

At the conclusion of his sermon, Hall’s wife and two daughters, as well as other church friends, joined Hall on the platform, where SBC Pastors’ Conference officers prayed for Shane and the family. “I could sense the prayers of everyone, and I am so thankful to God to give me the strength to preach,” said Hall.

The Halls do not know what the future holds for Shane’s health, but they do know the One who holds each of our lives in His gracious loving hands.

They know that whatever trials may come, “Jesus is enough.”