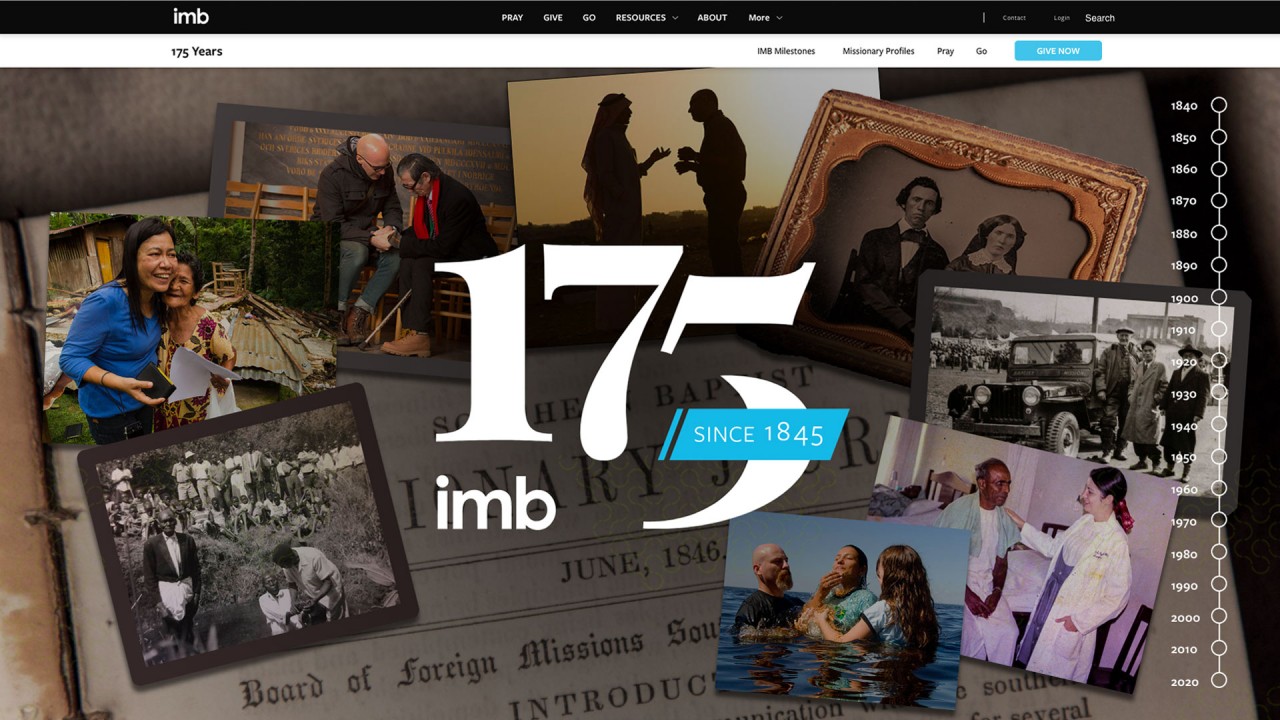 RICHMOND, Va. (BP)—2020 has been a year like no other. COVID-19, the disease caused by the novel coronavirus, has taken lives across the globe and caused untold sickness and suffering. Closed borders limit international travel. “Shelter-in-place” orders are leading to massive unemployment in the U.S. as retail businesses, manufacturers and restaurants shutter their doors.

And yet, the International Mission Board continues to see God at work around the world—work Southern Baptists have been privileged to join for 175 years.

As U.S. churches shift their ministries to online gatherings to comply with state directives and governments around the world adjust social distancing measures, IMB missionaries and their national partners also pursue creative ways to share with millions around the world the hope found in Jesus Christ alone.

In Spain, an IMB couple serenaded their seven-story apartment complex on Easter Sunday with a praise song to Jesus. In Peru, IMB missionaries worked with national partners to distribute food to those impacted by the COVID-19 crisis. In Taiwan, children of IMB workers shared their faith after participating in evangelism training with their parents. The list goes on. (Read more stories here.)

May 10, 2020, marks the 175th anniversary of the establishment of the Foreign Mission Board, now International Mission Board. Throughout its history, Southern Baptists have maintained an uninterrupted witness among the nations, in spite of famine, war, civil unrest—and in 2020, global pandemic.

It is no coincidence that the 175th anniversary of Southern Baptist mission work around the world includes a special emphasis on 175 days of prayer for the nations. The need for prayer in this time of global uncertainty is great, said Gordon Fort, IMB’s ambassador to the president, who leads IMB’s prayer team. Southern Baptists are encouraged to join this concerted effort.

“Prayer isn’t just important; it’s essential,” Fort said. “Prayer is the most underutilized weapon in the Great Commission arsenal. It’s the one thing every Christian can do to participate in helping advance the Gospel among the nations.”

IMB’s “175 days of prayer” begins May 11 and will culminate with Southern Baptists’ annual Week of Prayer for International Missions Nov. 29-Dec. 6. In preparation, IMB seeks to enlist prayer advocates who will commit to pray for specific IMB requests. Each day will feature one request sent as a push notification from the IMB Pray app, which can be accessed at imb.org/pray; through the Pray Daily newsletter; or seen through IMB’s social media channels. To register as a prayer advocate, visit imb.org/175pray.

IMB also launched an interactive timeline May 1, featuring missionary vignettes and short videos of IMB’s work by decade, such as this video about the work of John Day, an African American appointed by the FMB in 1846 in what became the country of Liberia. The timeline provides a comprehensive view of IMB’s history by layering missionary stories and videos with decade milestones in IMB’s first-ever attempt to catalog its history in a user-friendly virtual experience.

In addition, IMB has published a photo book to allow Southern Baptists to join in the celebration of God’s faithfulness. This full-color, 200-page book, including photos and stories by IMB photographers and writers through the years, highlights God’s movement among the nations and honors those who followed His call to pray, give and go. Limited quantities of the book are available free of charge with a suggested donation to the Lottie Moon Christmas Offering. Gifts for this purpose are an investment in IMB’s continued mission to send missionaries to the nations for the next 175 years. Books may be requested through IMB’s online store: https://store.imb.org/175-year-anniversary-coffee-table-photo-book/.

In launching the campaign in early January, IMB President Paul Chitwood acknowledged the cooperative effort required by Southern Baptists to focus on achieving the vision of Revelation 7:9 of a “vast multitude from every nation, tribe, people and language.”

As a result of this level of cooperative praying, giving, going and sending, Southern Baptists have sent almost 25,000 missionaries since 1845. These missionaries have served in 189 countries and represent 228,000 years of service.

“Each generation of Southern Baptists has answered the call to cooperative missions and given their prayers and support to their IMB missionaries,” Chitwood said. “Today, those missionaries continue to journey into difficult and spiritually impoverished places on earth to sow seeds of love and truth and enable the lost to know the saving grace of Jesus.”

Chitwood added: “The stories of our past should propel us forward in our commitment to His work with a great sense of urgency. As we look back on 175 years of witness among the nations, may we be inspired and challenged like never before to pray, give, go and send.”