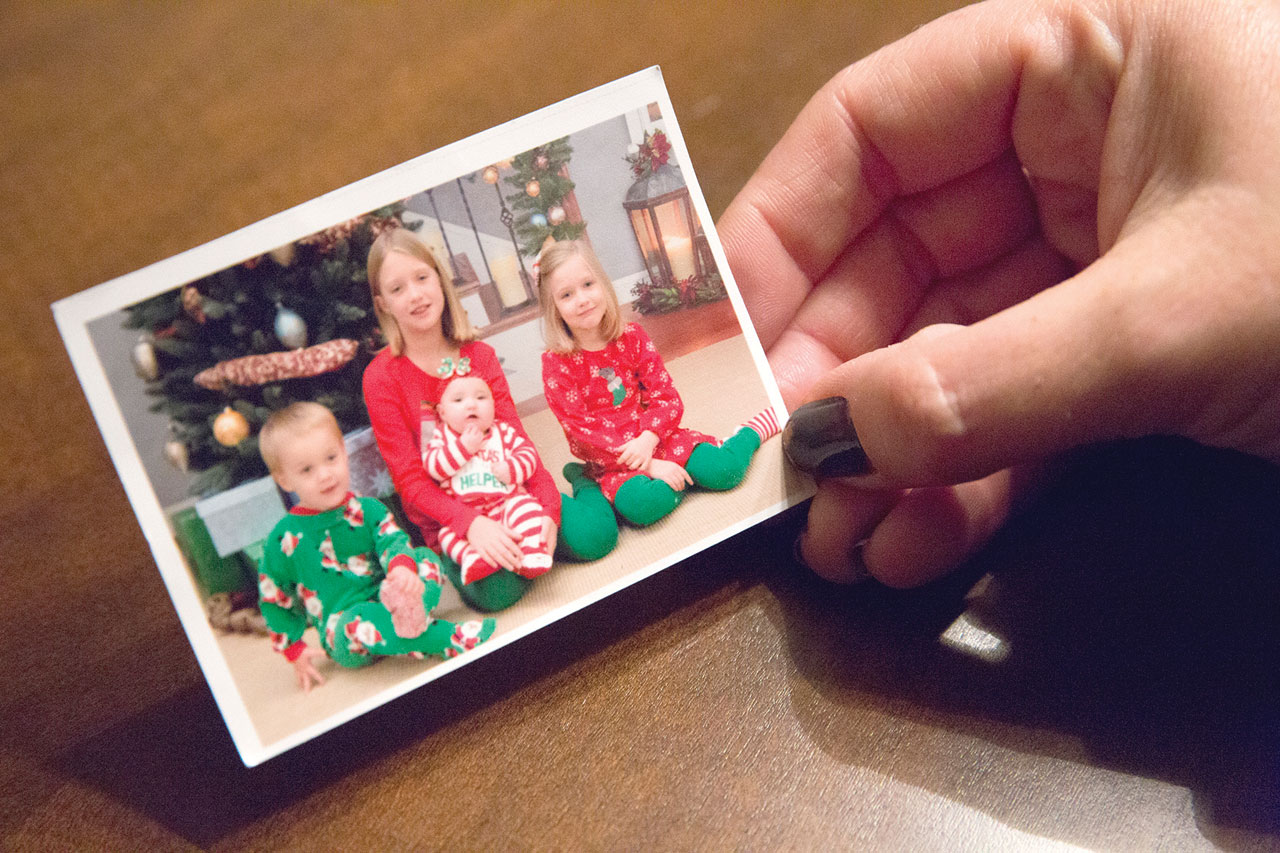 “It feels like the greatest Christmas present we could have ever received,” Stephanie said of her and her husband’s journey.

Dec. 18 marks the first anniversary of the adoption of Carrie, now 12, Carissa, 8, Austin, 4, and 3-year-old Kali. The children lived in the Pattersons’ home for more than a year while waiting for the Commonwealth of Kentucky to make it official.

“We will celebrate that day [Dec. 18] every year in some way,” said Stephanie, a music ministry associate at Little Flock Church in Shepherdsville, Ky. “It’s the day they became Pattersons, the day they became part of our forever family and everything was final.”

The Pattersons’ pursuit of parenthood was a rocky one, as the couple struggled with infertility for 10 years.

Sam sensed God opening his heart to adoption in watching “the compassion my brother had with his two adopted sons.”

“The challenges are there, yes, but the rewards are beyond compare.”

Kentucky’s Cabinet for Health and Family Services has more than 6,800 children in state care. Only about 700 were adopted last year.

“My biggest fear was the transition,” Stephanie said, after the couple decided to fast-track the adoption process by going through Kentucky’s foster program.

With the ink barely dry on the paperwork, their case worker announced a match had been made—three sisters and a brother, ages 1 to 10.

“We were literally speechless,” Stephanie said. “But we didn’t say ‘no.’”

Only after agreeing to take the sibling group did Sam and Stephanie finally look at the children’s photograph.

What they saw instantly captured the couple’s affections—three smiling children decked out in Christmas pajamas. In the arms of the oldest was a cherubic infant in a peppermint-striped onesie.

“I would just sit and stare at it,” Stephanie said. “They were the most beautiful children I had ever seen. Who would neglect these children?”

Parental neglect indeed was the reason the children were in foster care.

Within days of formalizing their status as foster parents, Sam and Stephanie were introduced to the children—each with varying levels of understanding what was going on around them.

Kali and Austin were very much babies. The older girls, however, were fully aware the Pattersons home was the third in which they’d lived in as many years after being abandoned by their birth parents.

“All we could say was, ‘We’re so glad you are here in our home,’ and, ‘We’re going to take care of you,’” Stephanie recalled.

Sam said the members at Little Flock were a key source of prayer and practical help when the kids first arrived on Oct. 15, 2013.

“We wouldn’t have made it through that first year without our church, our family and friends,” Sam said.

With little time to prepare, the Pattersons only had what the state requires: a room, one bed and a dresser for every two kids.

Stephanie said thanks to their Little Flock family, the children’s rooms were quickly full of everything they could need or want—clothes, toys, diapers and a crib. They even had a double stroller.

“It was unbelievable how much was provided,” Stephanie said. “My house was like a revolving door. People would call and ask if they could drop off dinner on our porch.”

The initial chaos soon gave way to routine and, 14 months later, with the flourish of a judge’s pen, the Pattersons officially became a family of six last December. Family and friends joined to celebrate the adoption proceedings, as did Carrie’s entire sixth-grade class from Little Flock Academy.

“God’s hand of sovereignty is all over this,” Sam said, from the completion of their new home to his new job at an insurance agency that allows him to be home each evening.

The Pattersons said God’s hand also has been at work in the hearts of the children. Carrie and Carissa participated in believer’s baptism last fall.

Stephanie advised those who want to become foster and adoptive parents to start by establishing a solid support system.

“Through this experience, God has shown us such a picture of grace,” she said. “I want to encourage families. Yes, you really can do this. You really can bring someone into your home and love them as if you have given birth to them.”