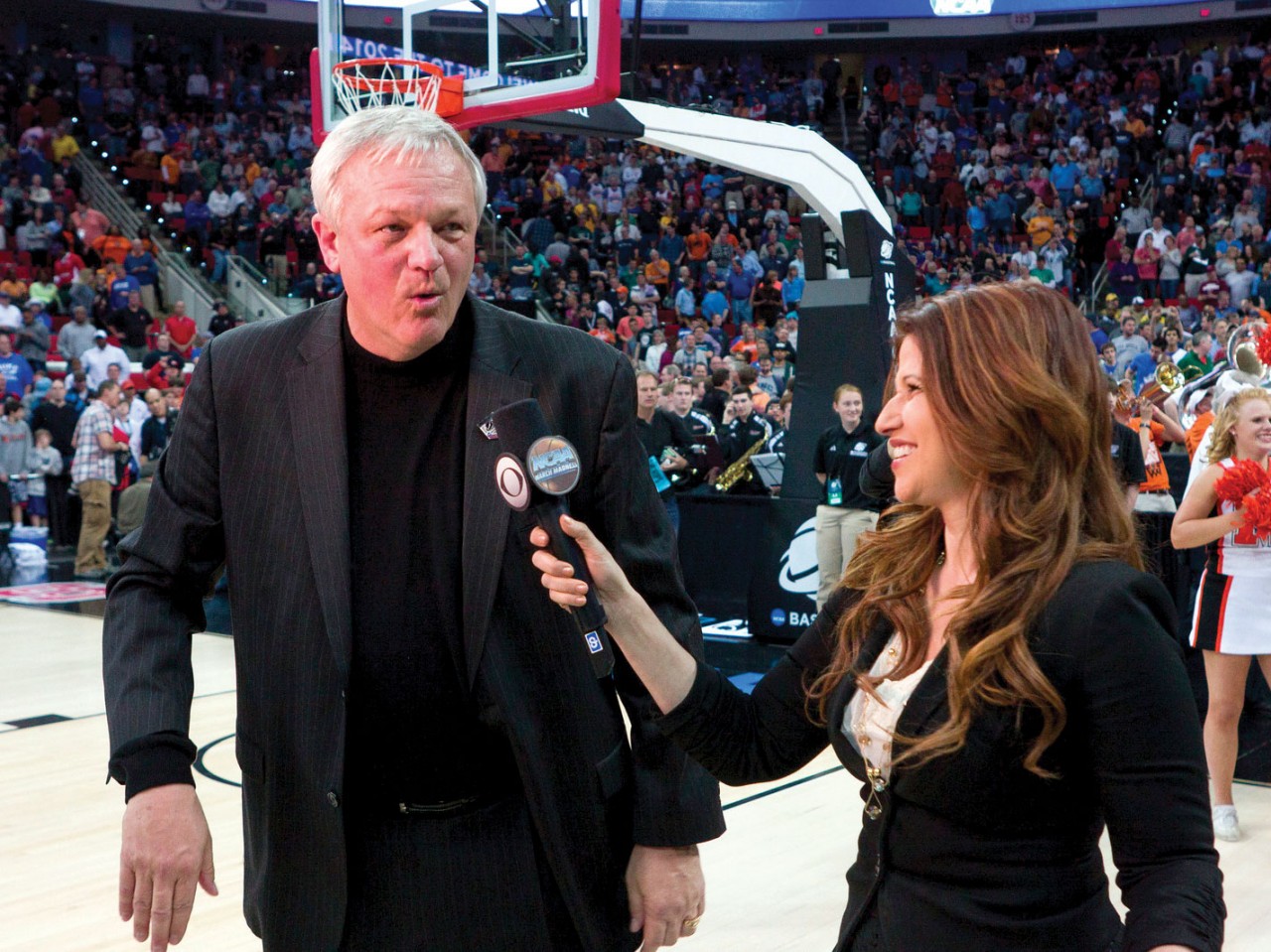 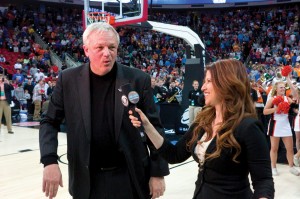 Everybody remembers the teams that pull off stunning victories in the NCAA Men’s Basketball Tournament. It’s a part of the whole “March Madness” identity.

The Final Four and the championship game always have a big draw, but arguably, the most enjoyable part of the tournament happens in the first week, back when 64 teams (68 compete now, so after the so-called “First Four” play-in games) face off all over the country in those Thursday and Friday matchups. Not only do those two days allow basketball fans to feast over games from morning until late at night, but the unexpected also is expected. The Davids of the hardcourt have a chance to take down the Goliaths.

Here in Oklahoma City, we remember Valparaiso upsetting Ole Miss in 1998, back in the “Incomparable” Myriad, or Bucknell beating Kansas in 2006. Basketball fans in Oklahoma also know the significance of one of the biggest upsets in this year’s tournament because this year’s Cinderella team was coached by one of our own.

Bob Hoffman led his Mercer University Bears in defeating Duke, 78-71. The former Oklahoma Baptist University (OBU) player and head coach did not hold back his emotion during his postgame interview with CBS reporter Rachel Nichols. 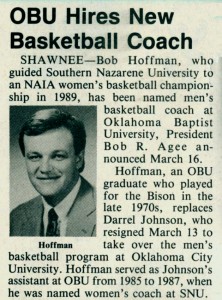 “You’re never too old to celebrate,” Hoffman said to Nichols with his voice cracking while bragging on his team. “I’m just blessed to coach them and be with them every day. PRAISE THE LORD!”

Others have reported on his passion and his openness to express himself.

“I’m a psycho,” Hoffman told the media in Raleigh, N.C. after Mercer’s victory over Duke. “I mean, I’m just a big psycho. Whatever I do, I’m all in. Whether it’s at church worshipping, if it’s on the floor coaching, if it’s eating fried chicken, getting my iced tea, I’m all in.

“I’m going to give all I got, and that’s just how I’m wired and it’s important to me to get guys that want to be coached that way because that’s what the most important thing that a lot of people don’t understand. These guys, even to this point, and no matter what, they wanted to be coached today.”

And coaching winners Hoffman has done throughout his career. He coached Southern Nazarene University women’s basketball team to a national championship in 1989. He led OBU’s men to two NAIA title games.

Now finishing his sixth year as the head coach at Mercer, and his 23rd season as a head coach at the collegiate level, he has surpassed 500 overall wins and earned 126 victories leading the Bears. Aside from his influence on the court, Hoffman also has been impacting lives in ministry.

He has served as a deacon at Oklahoma City, Putnam City and as a youth director at Shawnee, University and Bethany, Tulakes. Hoffman said his spiritual mentors include his father Jimmy Hoffman who, at 82, is the pastor at Ada, Homer and a longtime pastor throughout the state. He mentioned Jim Koch his coach at Putnam City High School also was his huddle leader with Fellowship of Christian Athletes (FCA).

As a student at OBU, Hoffman was discipled by Bob Burgess, then Baptist Student Union director at OBU. Hoffman said it was a highlight of his college years being involved in Burgess’ discipleship program.

Though the victory over Duke will be a highlight of Hoffman’s season, the coach also was awarded FCA’s 2014 John Lotz “Barnabus” Award. The award is presented annually to honor a basketball coach who best exhibits a commitment to Christ, integrity and encouragement to others and lives a balanced life.

“Coach Hoffman is a great example of what we at FCA call a ‘three-dimensional coach,’” said Les Steckel, FCA’s president and CEO. “Not only is he coaching the fundamentals of the game, but he’s coaching to the mind and the heart of his student-athletes. Coach Hoffman has become one of the most successful coaches in the country, and he has done so with Christ in the center of his life.”

Hoffman said he is very humbled to receive this award and to be among the many other well-known coaches who received the award in the past, including John Wooden and Steve Alford.

As the college basketball season has come to a close, it was one enjoyed by many enthusiasts. Mercer is added to the list of teams claiming a memorable upset, and the Bears were led by an Oklahoma Baptist.