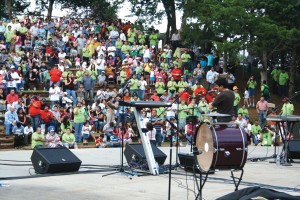 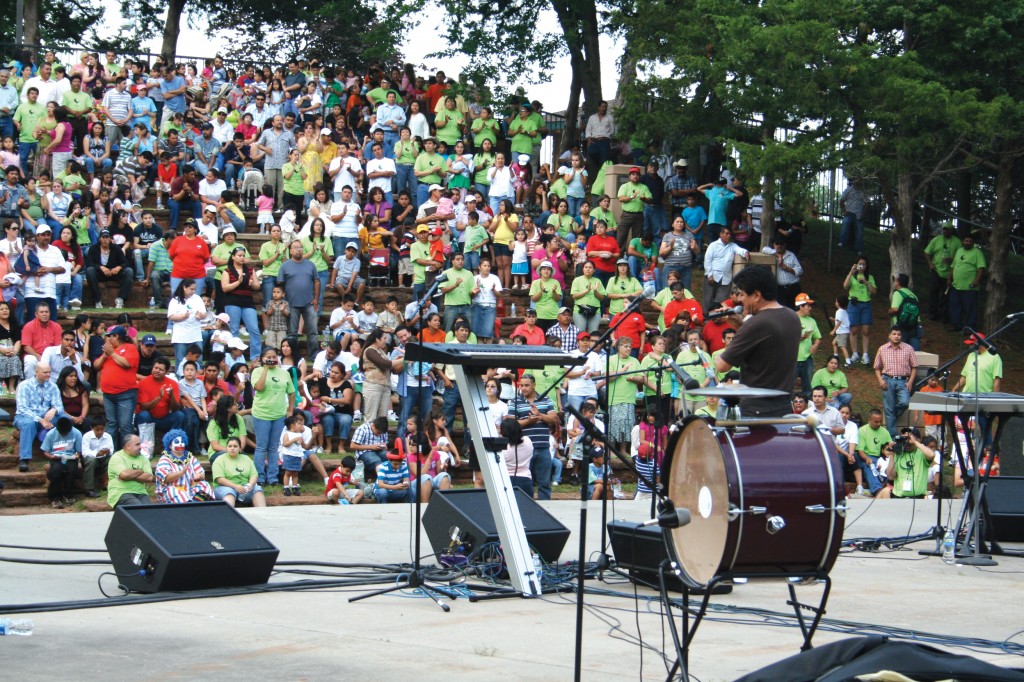 Reaching the Hispanic population of the Oklahoma City metro area is a huge endeavor. It is estimated that there are approximately 150,000 Hispanic residents in the central Oklahoma area. But put together Hispanic churches, an association and funds from the State Missions Offering, and you have a cooperative effort that reached almost 2,400 Hispanics over Memorial Day Weekend.

Several months of planning came to a culmination on Sunday, May 24, as more than 200 volunteers set up a Hispanic Family Festival at Will Rogers Park in the metro area. Children’s games, door prizes, free food, music and an evangelistic message were all included in the afternoon event.

Guests were treated to a fun-filled afternoon, including music from a Mariachi band, Manantial, based in Oklahoma City. The entire crowd later gathered in the park’s amphitheatre to listen to Hispanic Christian artist, Nacho Jalindo. The evening cultivated with Dallas evangelist Eusebio Alfaro.

Jesus Pacheco, BGCO ethnic evangelism specialist, said the festival was a wonderful experience of Kingdom work with the Anglo and Hispanic communities coming together to pray, plan and participate.

“The family festival was a great partnership experience where we had the opportunity to sow the seed and to build bridges with our growing Hispanic community,” said Pacheco. “This also brought purpose, unity, excitement and commitment to our churches, with about 200 volunteer workers participating.”

He said people are already asking when the next event will be.

The Hispanic Fellowship of Churches, along with Capital Association and the BGCO, worked together to coordinate the festival.