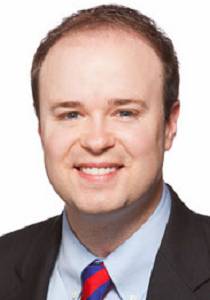 Walker, 28, currently serves as policy analyst for the Heritage Foundation, one of the country’s most respected conservative think-tanks. He has worked within Heritage’s DeVos Center for Religion and Civil Society on marriage, family and religious liberty issues. Prior to his appointment at Heritage, Walker was a policy analyst for the Kentucky Family Foundation where he focused on issues ranging from family studies to state-sponsored gambling.

The New York Times featured Walker as one of the “undaunted” young conservatives advocating for the meaning of marriage as the union of one man and one woman. Likewise, Focus on the Family’s Citizen magazine profiled Walker and his Heritage colleague Ryan Anderson as representatives of a new generation of pro-marriage Christian activist/scholars.

At the Ethics & Religious Liberty Commission, Walker will coordinate strategies for equipping churches to deal with moral and policy concerns. Walker joins Phillip Bethancourt of Texas and Daniel Patterson of Tennessee, who were named director of strategic initiatives and chief of staff to the president, respectively, upon Moore’s election to head the ERLC.

“Andrew Walker’s name was on my heart from the moment I was asked to lead the ERLC,” Moore said. “He is brilliant, activist, energetic and Gospel-centered. He is one of the brightest young minds in evangelicalism, widely respected in Washington and brings with all of that the ‘Kingdom first’ vision that characterizes the ERLC. Along with leaders such as Barrett Duke, Phillip Bethancourt and Daniel Patterson, Walker is part of a ‘dream team’ of co-laborers for which I am thankful to God.”