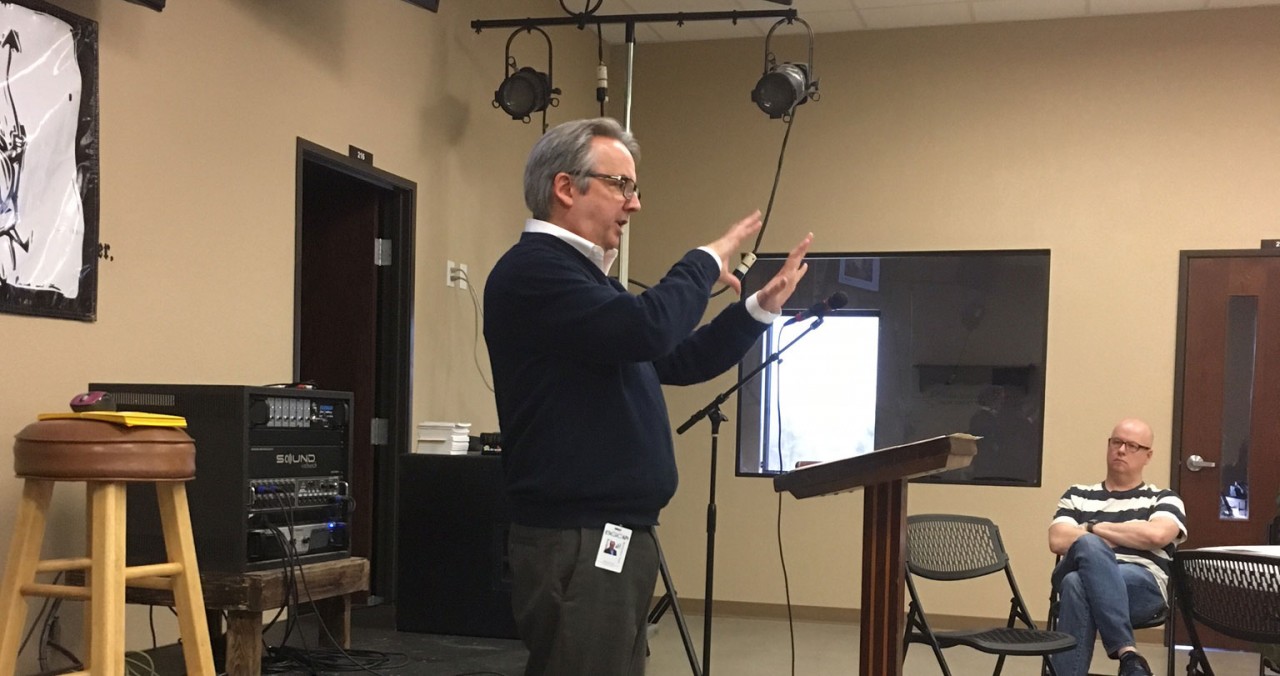 The Church Planting Group of the Baptist General Convention of Oklahoma (BGCO) organized five meetings across different parts of the state in the last month. The meetings were called “Hidden Harvest: Reaching Oklahoma’s Unchurched.”

“We’re not here to set up churches to take members out of other churches. We’re wanting to develop healthy churches that reach new people,” said Chris Forbes who serves the BGCO as a church planting strategist. “Our goal isn’t to create competition in your neighborhoods. Our goal is to reach those people who are unreached or unnoticed.”

Forbes used the example of Oklahoma City, Quail Springs, which did a study in 2005 of its membership with church demographics and found a “Hidden Harvest,” which is a term used to describe unreached, underserved people groups and segments that don’t have adequate access to the Gospel. Forbes said the church discovered a 3000 percent increase in the Hispanic population in the area near Quail Springs.

“Now, a very strong, robust Hispanic church meets on the campus (at Oklahoma City, Quail Springs),” Forbes said. “Very often our churches are finding the surrounding neighborhoods are showing segments of population that are unreached, that their church would not be equipped because of culture or language or other needs, for example generationally, that a church plant can help reach. If churches would help partner with us to identify the needs of ‘Hidden Harvest,’ we can begin to recruit people and raise awareness of where people need to reach.”

Oklahoma is experiencing a population growth that is faster than anticipated, Forbes said. A recent census was projecting a 5 percent growth, but Oklahoma is reaching a 9 percent growth spurt.

“You see areas of growth around our state,” Forbes said. “The Gospel often follows the line of trade and commerce. When you see people moving out in those areas, those are going to be high growth areas in the very near future. Our churches need to be strategic. That kind of growth doesn’t happen accidentally. It comes from planning and strategy. If we can partner with people who will help us understand where that growth is going, we can get ahead of the curve and meet them with relevant ministry as well.”

Forbes, along with strategists Nick Tartar and Steven Earp, who also serve as pastors, spoke at the five “Hidden Harvest” meetings to begin getting the word out about church planting strategies. He said more meetings will be announced in the future.

“We need to bring this message to other places because we’ve only scratched the surface,” Forbes said. “We want to identify people who want to get involved. There’s a desire out there to help with church planting. People need to know what church planting is about.”