Heisman winner goes ‘All In’ for Jesus Christ 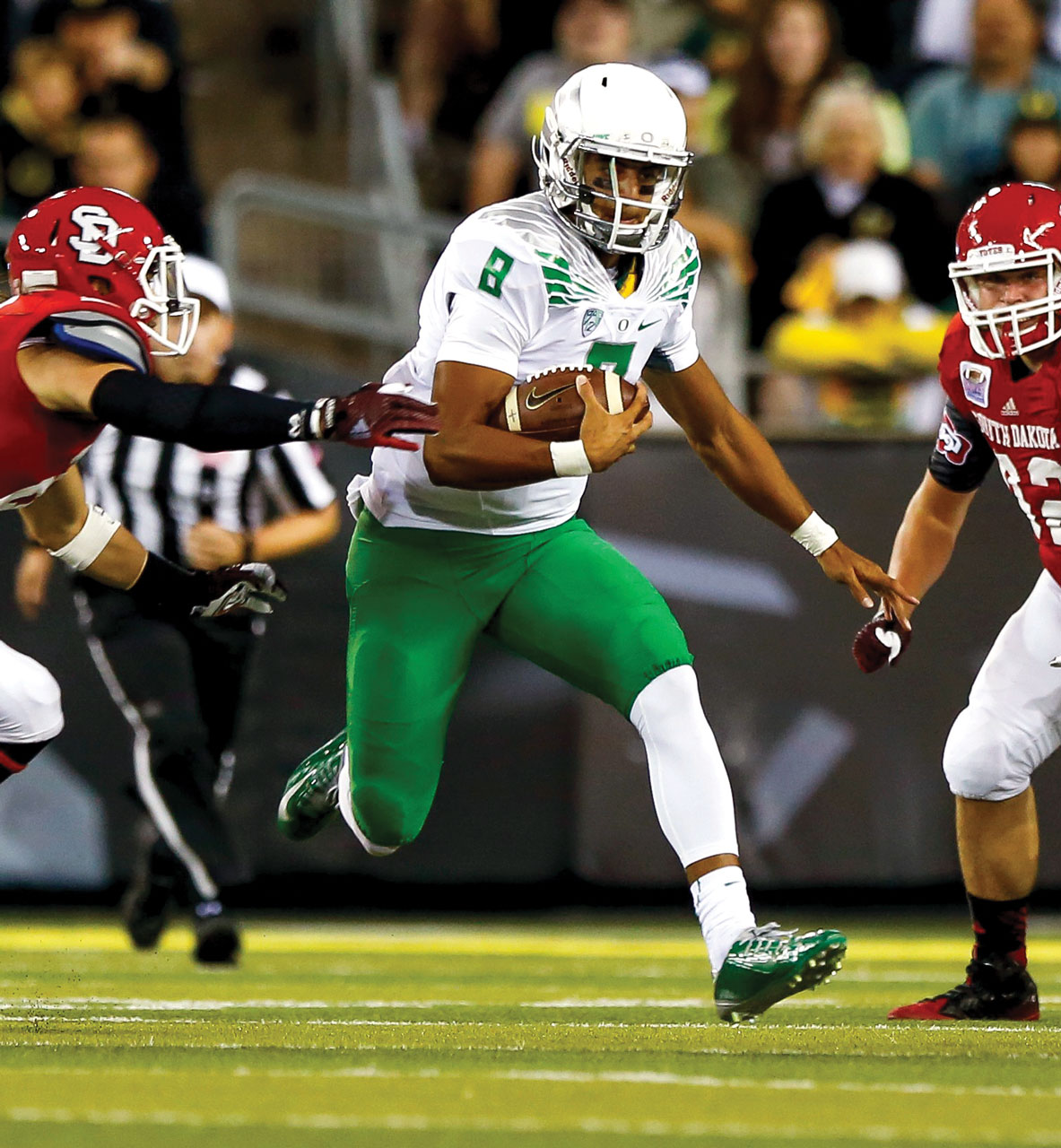 Marcus Mariota captured more than 88 percent of the first-place votes in the Heisman Trophy ballots. He received the second-highest percentage of possible points (90.92) in Heisman history, according to ESPN. (Photo: Fellowship of Christian Athletes)

KANSAS CITY, Mo.—Before his Heisman Award-winning season, The Fellowship of Christian Athletes (FCA) had a chance to sit down with Heisman Trophy winner Marcus Mariota, the Oregon Ducks quarterback who had been a Heisman favorite all season long.

Mariota, who was introduced to FCA while in high school and became more involved in college, said that he strives to go “All In” for Christ and his team.

“All of us at FCA couldn’t be happier for Marcus Mariota,” said Les Steckel, President and CEO for FCA, which celebrated its 60th anniversary in 2014. “Marcus is a force on the football field and a force for Jesus Christ. His passion for the game matches his passion for his convictions, and it is wonderful to see him live out his faith both on and off the field. He is certainly an inspiration for many young athletes.”

December was a memorable month for Mariota, who graduated from the University of Oregon with a general science degree, and on Dec. 13, won the Heisman. Mariota is the first Oregon Duck and Hawaii-born athlete to win the Heisman. He captured more than 88 percent of the first-place votes, receiving the second-highest percentage of possible points (90.92) in Heisman history, according to ESPN.

Mariota and his teammates had a successful Rose Bowl appearance on New Year’s Day against the Florida State Seminoles in Pasadena, Calif. The Ducks dominated the Seminoles, the defending national champions, 59-20.  Oregon went on to face Ohio State University in the inaugural College Football Playoff National Championship in Arlington, Texas.

But Mariota says it’s not the numbers or the big games that dictate his play on the field, but his Savior—Jesus Christ.

“Being a football player, faith plays a huge role,” Mariota told FCA Magazine. “When things start to get rough, you find comfort in your faith. Knowing that no matter what, you can dust yourself off and be OK. And you know you do it for (God’s) glory. You do it for your teammates, your family, but also for His glory and to represent His name.

“Going ‘All In’ for God is glorifying Him with the abilities He’s given us and shining our light for Him,” he said. “I think as an athlete when you’re able to go out there and have the abilities that the Lord has blessed you with, you want to glorify Him. You want to go out there to represent Him in the right light. To represent your family in the right light and to do that through His power.”

And he added that his belief and trust in God helped him persevere through the tough times.

“Going through the challenges of the season, my faith has been the steadying force that’s pushed me, along with my family, my friends and my teammates,” Mariota said. “Losing—especially here (at Oregon)—is tough. We have high expectations as a program to go and win national championships. It’s a huge pressure, but you learn a lot about yourself through it. Coach (Scott) Frost has helped me learn that football doesn’t define me. It’s just what I do. That was a huge life lesson for me. I really took that and ran with it. My faith is what keeps me going, and I can always grow in that.