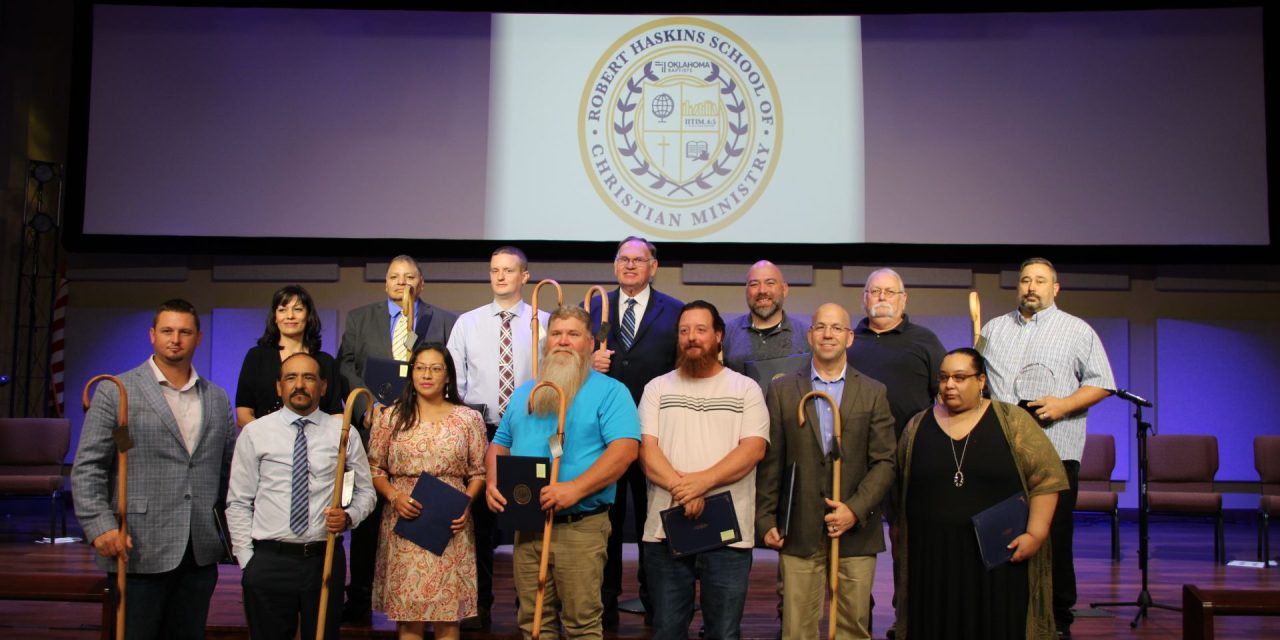 Above: The Robert Haskins School of Christian Ministry Class of 2022 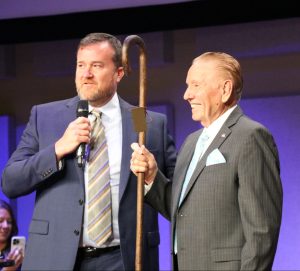 At a ceremony at Del City, First, Southern, 18 Haskins School students, who are adults working in various ministry contexts from around the state, received their diplomas and certificates in pastoral and church ministry.

During the previous six years, more than 200 students have been able to take classes and receive high quality, practical, contextualized ministry training through one of five programs.

Oklahoma Baptists’ Hispanic Ministry Partner Ever Borunda, who serves as dean of the Haskins School said, “There is a great need in our convention to train existing and prospective leaders to help them minister in many of our smaller in attendance, ethnic and bi-vocational churches. That has been the vision and the goal of our School.”

That vision— to help ethnic and bi-vocational pastors not only survive but thrive in their particular ministries—is the continuation of a vision shared by former Oklahoma Baptists senior associate executive director and the school’s namesake, Robert Haskins.

“One of the great ministries of Oklahoma Baptists,” Fisher said, “is the Haskins School of Christian Ministry which provides theological and ministry training to men and women serving particularly in multi-vocational or layperson roles in our smaller in attendance and ethnic churches.

“It is a privilege to present the first of what will become an annual honorary shepherd’s staff given to a person dedicated to serving smaller and ethnic churches in our state. It was fitting to give this award to the school’s namesake, Dr. Robert Haskins, who tirelessly served our state convention many years championing all Oklahoma Baptist churches.”

The Haskins School offers certificates and diplomas in church ministry, pastoral ministry and now a new diploma in evangelism and missions. For more information, visit haskinsschool.org or call at 405/942-3800.