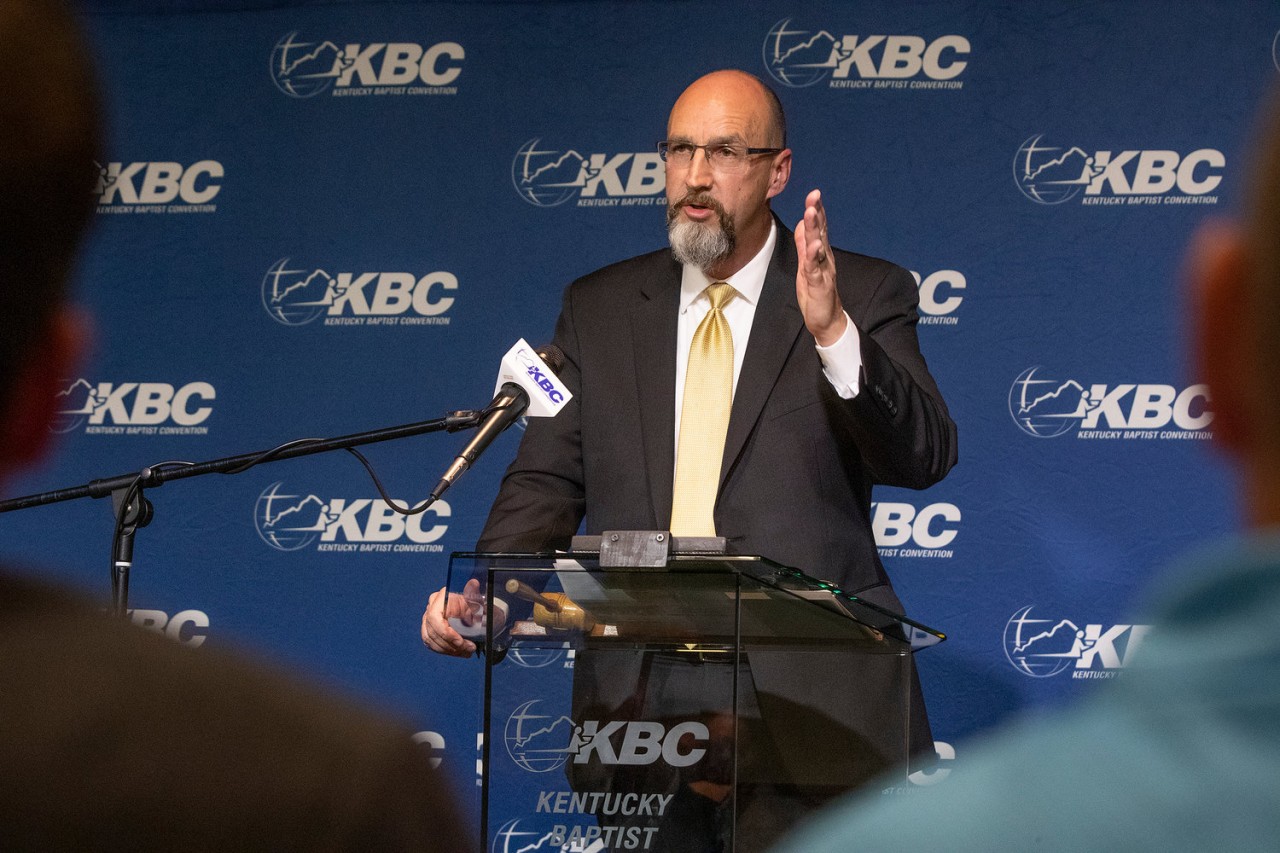 Gray, a Kentucky native, was confirmed by the Mission Board of the Kentucky Baptist Convention to the position in a special called meeting on Thursday (July 25) in Louisville. 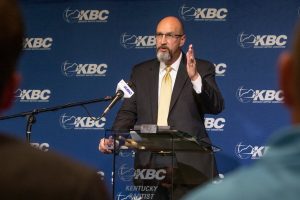 Todd Gray, Kentucky Baptist Convention’s new executive director-treasurer, presents his vision for reaching Kentucky and the world for Christ at a special-called meeting of the KBC Mission Board on Thursday (July 25) in Louisville.
Photo by Robin Cornetet/Kentucky Today

Gray called the appointment a great honor. “While I did not aspire to the position, I couldn’t be more grateful for the opportunity to serve.”

A 14-member search team had been working to fill the post since November 2018. Gray becomes the 29th person to lead the 2,400 Kentucky Baptist churches.

“He has served as a pastor, a regional consultant and evangelism team leader for the Kentucky Baptist Convention,” Fowler said. “He has a passion for evangelism and a work ethic that is greatly needed now.”

Gray, 54, served churches in Kentucky and Indiana for 20 years before joining the KBC staff in 2012 as a regional consultant for western Kentucky. Since 2016 he’s served as the team leader for the Evangelism, Church Planting and Campus Ministry team.

“Todd Gray is as passionate a soul winner as I’ve met. Thankfully, he has a heart for the lost not only in Kentucky but among the nations,” said Paul Chitwood, president of the Southern Baptist Convention’s International Mission Board, who led the KBC as its executive director-treasurer from 2011-2018.

“I couldn’t be more pleased about his appointment,” Chitwood said, “and look forward to working with him as he leads Kentucky Baptists to reach Kentucky and the world for Christ.”

Gray presented a vision based on Psalm 32:8 to the mission board members. He said the passage has taught him, “God gives us a vision that requires His people to learn and then to act.”

He highlighted a desire for the KBC to be the top service provider for Kentucky Baptist churches, for the convention to continue growing as a diverse, big tent convention, to increase partnership together through cooperation, and to reach Kentucky and the world for Christ.

Curtis Woods, associate executive director for convention relations of the KBC, believes the mission board has confirmed God’s will by calling Gray to role.

“He is one of the most committed leaders in SBC life,” Woods said. “He understands who and where we are as Kentucky Baptists. He has an undying love for KBC churches.”

Hershael York, dean of the School of Theology at Southern Baptist Theological Seminary and senior pastor of Buck Run Baptist Church in Frankfort, said Gray has “already distinguished himself as a fervent evangelist, a skillful leader and a man of unflinching integrity. God’s providence has smiled brightly on Kentucky Baptists by gifting and preparing Dr. Gray to lead us at a time of so many critical challenges from our culture.”

Jim Donnell, associate executive director for convention operations of the KBC, described Gray as “a man of conviction who truly loves Jesus and the churches of KBC. I am very excited about the future the Lord has in store for our convention under the leadership of Dr. Todd Gray.”