Grandfield HS football coach inspires on & off the field 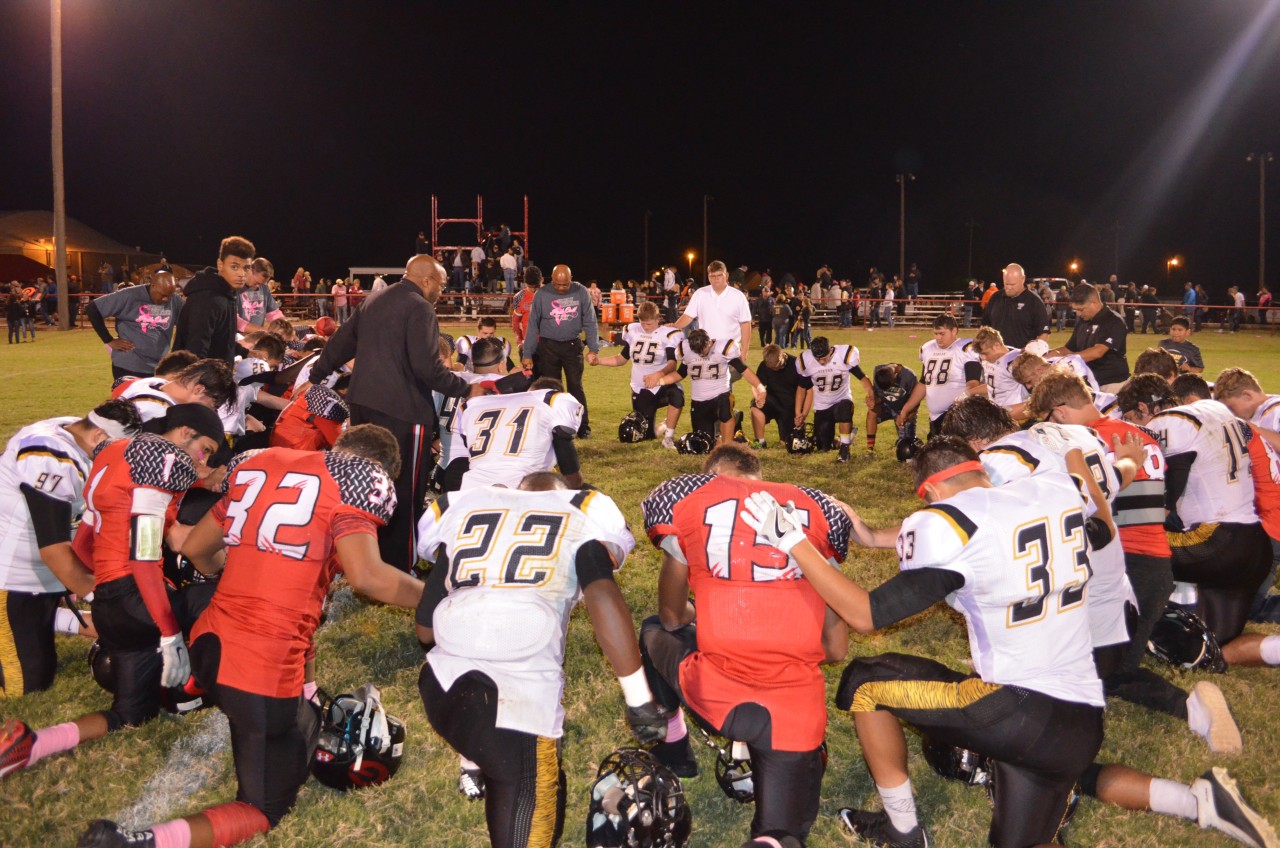 GRANDFIELD—The night featured perfect football weather. The Grandfield Bearcats were hosting the Tipton Tigers in a major Class C battle, Oct. 14, as Grandfield was undefeated and Tipton had only one loss entering that Friday night contest.

Tipton was the better team that night. The Tigers won 52-6 over the Bearcats, who only fielded 10 players for the eight-man matchup. Even though Coach William Dickey’s squad was overmatched due to injuries and players leaving the team, Grandfield remains resilient in having another successful year. 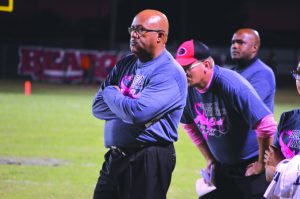 Grandfield Coach William Dickey is one of the first African-Americans to coach eight-man football in Oklahoma
Photo: Chris Doyle

Dickey is in his fifth year at Grandfield, where he also coaches boys’ basketball and track. He is also the school’s athletic coordinator and pastor of Rising Star Baptist Church, which is located across the street from Grandfield, First, where Micky Miller is pastor.

Dickey has been a successful coach, but he will say he looks at his profession of coaching in a different perspective.

“One thing I understand in the calling that God has put on my life, I don’t look at this as a job of coaching. I look at it as a ministry. It’s about changing people’s lives,” said Dickey who recently celebrated his first year anniversary as Rising Star’s pastor, though he has served in previous pastoral roles for more than 37 years.

“As I tell these young men all the time that football is not life, but you can learn life lessons in football,” he said. “I believe that any coach worth his salt is not going to just teach Xs and Os, but he also is going to teach life. I believe I ‘preach’ every day because I feel that the game of football, the game of basketball and track offer a platform to talk about God at all times.”

Miller is good friends with Dickey who said they mutually sought each other out when they first met as pastors of this small community in Southwest Oklahoma. They have preached in each other’s pulpits, and their families have shared meals.

Another time Miller and Dickey bonded in Christian fellowship was while celebrating the salvation experience of Trenton Palmer, captain of the Grandfield football team. Miller said Dickey had been praying for Palmer’s profession of faith.

For Palmer’s observance of baptism at Grandfield, First, both pastors coordinated their Sunday morning services, so that Dickey, along with other school officials, could attend to witness Palmer being baptized.

“We worked out a time at the end of our service, so that Coach Dickey could be there,” said Miller. “I know that Coach Dickey’s walk in life and testimony has influenced so many past and present students at Grandfield High School.”

Dickey has such a strong influence, that even racial tensions don’t seem to be an issue in Grandfield. Palmer said he looked at Coach Dickey, one of the first African-Americans to coach eight-man football in Oklahoma, as a father-figure. 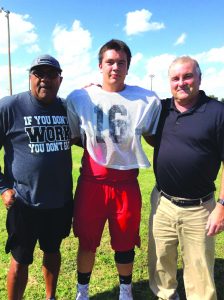 “He’s been there for me. I know I can talk to him about anything,” said Palmer who mentioned he and Dickey have numerous talks on Christian disciplines, including sharing Bible passages together.

Prior to the Tipton game, Palmer also was asked what he thought about racial tensions happening across the country. The question seemed to be a foreign concept to the high school senior.

“I think there’s good in everybody,” he said. “I don’t see how anybody can look at anybody differently because of their skin color.”

Palmer’s mindset may have been developed because of how his coach and mentor views the desire of racial reconciliation in today’s society.

“If you know God, and God is in your life, all those racial barriers will be torn down. I believe that,” said Dickey.

Grandfield wasn’t successful against Tipton that night, but because of Dickey’s influence on his Bearcats, a greater kind of life success is possible.