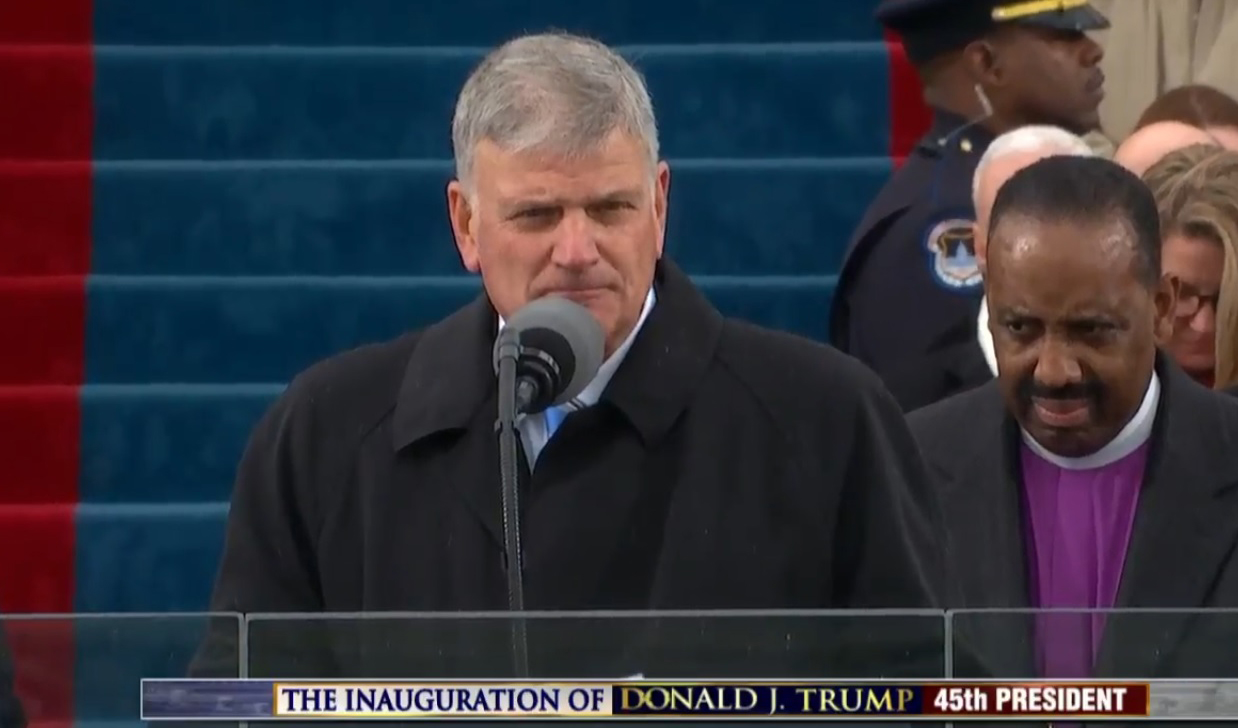 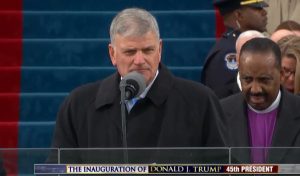 WASHINGTON (BP) — The participation of at least five Southern Baptist pastors in inaugural activities for President Donald Trump continues a tradition of prayer, Scripture and references to God surrounding presidential inaugurations dating back to George Washington.

Dallas pastor Robert Jeffress preached today (Jan. 20) at a private worship service for the families of Trump and Vice President Mike Pence at St. John’s Church near the White House. The service is a pre-inauguration tradition dating back to the 1933 inauguration of Franklin Roosevelt, according to the U.S. Capitol Historical Society.

The inauguration ceremony itself featured prayers, a Scripture reading by evangelist Franklin Graham, two Bibles used for Trump’s oath of office and a continuation of the tradition of presidents’ invoking God in their inaugural addresses.

“This is a time of change for America and the world,” pastor Jack Graham said in a statement. “At moments, it has felt as if so much hangs in the balance. Yet, I believe we can approach this new era of our nation’s history with hope, for one thing hasn’t changed — we remain ‘One Nation Under God.'”

Jeffress, pastor of First Baptist Church in Dallas, preached from the biblical book of Nehemiah. His sermon was titled “When God Chooses a Leader,” according to Jeffress’ Twitter account.

“I told you that you would be the 45th president of the United States long before the first primary vote,” Jeffress told Trump in the sermon according to a tweet by Trump social media and senior advisor Dan Scavino.

Trump set a record with six total invocations and benedictions, inauguration historian Jim Bendat told Baptist Press in an email. The tradition of prayers at presidential inaugurations dates back to Franklin Roosevelt, The Hill reported.

To take his oath of office, Trump placed his hand on two Bibles: one used by Abraham Lincoln in 1861 and again by President Obama at both of his inaugurations, and another given to Trump by his mother in 1955.

Though the tradition of using a Bible for the oath of office is not a legal requirement, the custom dates back to Washington’s first inauguration in 1789, Bendat wrote in a Washington Post op-ed. Washington’s Bible was used by four subsequent presidents: Warren Harding, Dwight Eisenhower, Jimmy Carter and George H.W. Bush.

“Records from 1793, 1797 and most of the first half of the 19th century are silent on whether a Bible was used, and in 1825, John Quincy Adams placed his hand on a book of constitutional law instead,” Bendat wrote.

The Museum of the Bible, set to open in Washington later this year, posted a series of videos on social media about Bibles used by various presidents for the oath. Among the historical facts noted:

— Lyndon Johnson took his 1965 oath on a Bible given to him by his mother, opened to 2 Chronicles 1:10. Johnson was the first president whose wife held the Bible during his oath.

— Carter took his 1977 oath with Washington’s Bible and a Bible given to Carter by his mother, opened to Micah 6:8.

Though some counts of divine references in inaugural addresses exclude Hays and Theodore Roosevelt — for example, a 2013 assessment by NPR — Hays referenced “guidance of that Divine Hand” in 1877 and Roosevelt referenced “gratitude to the Giver of Good” in 1905.