HOUSTON—Lisa slumped down into a welcomed chair after a five-mile walk to Spring, Texas, First. Her legs quivered as she sat after the long trek, and her feet throbbed in the Harley Davidson boots she was wearing. Little did she know that, in a few minutes, God would send relief for both her hurting feet and her hurting heart in the form of a slender angel of mercy wearing a bright yellow T-shirt.

Larry J. Moore, Oklahoma Disaster Relief (DR) chaplain from Grove, almost walked past Lisa when he walked through the door to the relief center established at the church, nearly missing the exhausted woman, but he didn’t realize God had penciled in an appointment with Lisa on his busy schedule. Moore is a partner in ministry—Moore Chaplains—with his wife, Debbie. The pair are veteran chaplains, having served around the world after God instilled a passion for chaplaincy ministry in their hearts in 1995. They are endorsed by the North American Mission Board (NAMB) in DR and motorcycle ministry. Debbie also works as a hospice chaplain.

“We had interactions with a bunch of wonderful people in Houston,” Moore said. “One lady named Lisa had been operating a small business out of her recreational vehicle (RV), and she owned a Harley motorcycle to get around on. Well, the flooding from Harvey took out both her business and her cycle. She was walking by the church one day, which was five miles from where she was staying with a friend, and she suddenly stopped and turned around. 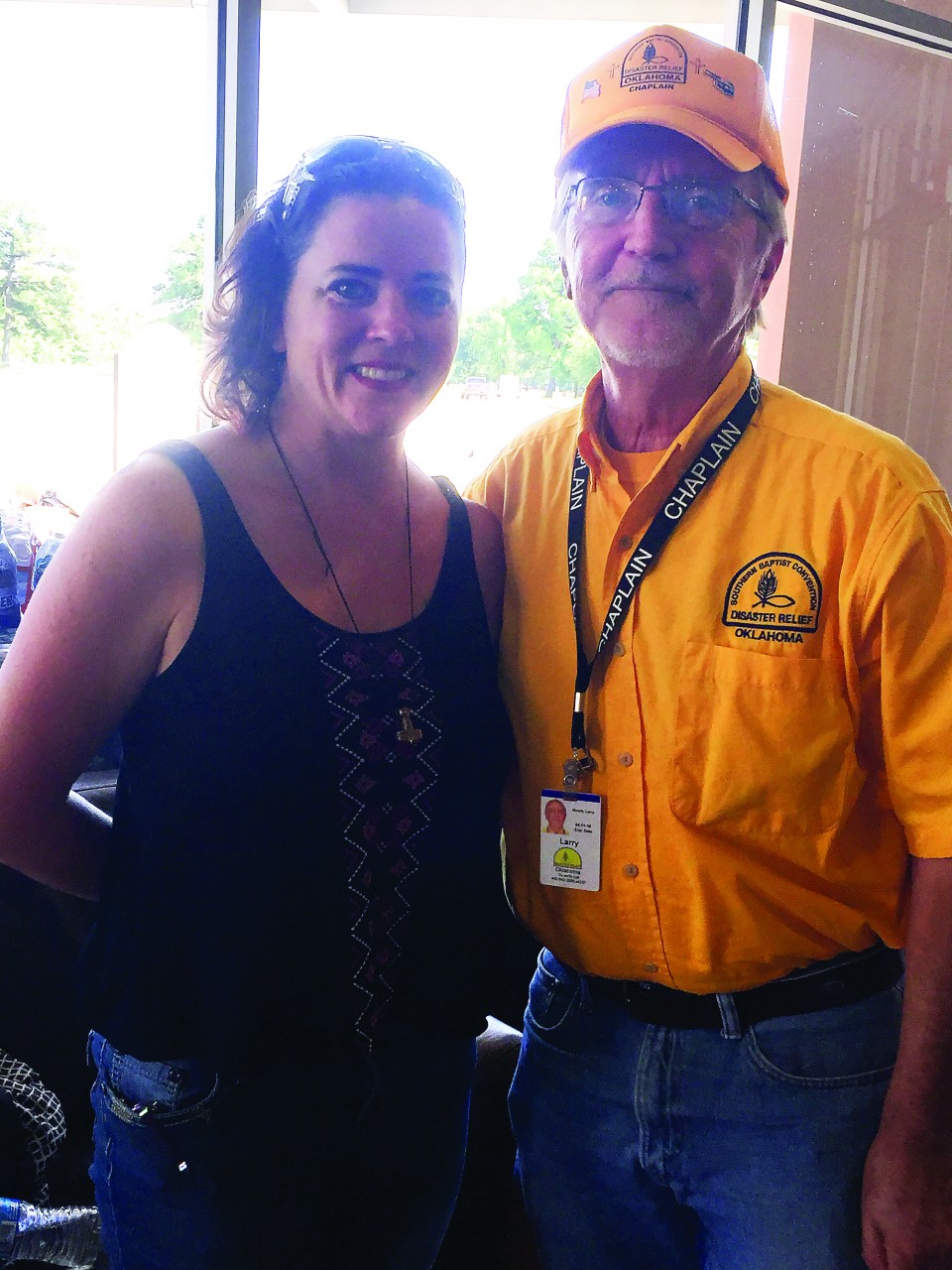 “She told me later, ‘I just had to go back and walk up that long driveway.’ So Lisa came to the church, and I saw her sitting there, looking pretty downcast when I came in. I started to walk by but was prompted to turn around and ask her if she was OK. I visited with her for a few minutes and realized she was very hot and tired, so I went and got her a cold bottle of water. I came back and noticed a tattoo on her arm and asked her about it. She asked me why I asked about her tattoo, and I told her I am a biker chaplain and am always interested in folks who ride. I noticed she was wearing Harley boots, too.”

Lisa was amazed that God had sent a biker chaplain to talk with a woman who rides a Harley about all that had gone on in her life.

In visiting with Lisa, Moore discovered that she was uncomfortable with her present living arrangements because of bad influences there. He sat and talked with her for about an hour and then asked for permission to pray with her before he had to go. Lisa readily agreed.

“I asked her what specific requests she might have that we could take to the Lord, and she said her legs were so tired from having to walk everywhere that she desperately needed transportation, and she needed a place where she could stay ‘with people who would have a good influence on me,’ Moore recalled.

Moore assured her that God could answer both of those prayers, and he interceded on her behalf.

“A few hours later, I asked Debbie and another chaplain with us—Rita Cunningham—to see if we could find her, so they could meet her. Lisa came up to us, and her face was beaming with excitement.

She said, ‘You’ll just never guess what God did after you left. A woman gave me a brand new 10-speed bicycle to get around on. We had just prayed for that! Then, shortly after that, a church staff member came to me and said they had a couple whose children were grown, and they had room to take someone in. Would you believe they don’t even know me, and they offered me a place to stay?”

“She was so excited and thankful that God was at work in the midst of everything that had happened to her,” Moore said.

Moore said the three chaplains “probably had between 20 and 30 such divine appointments over eight days while they ministered to those affected by the flooding in the Spring/Houston area. 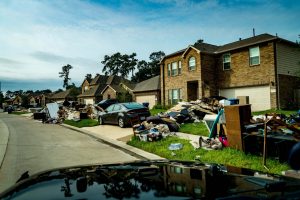 “We had a great team who came ready to serve hurting people with a heart of compassion and a servant’s heart. I was so blessed to serve with them,” he said. “We are thankful for the prayers of many and for an awesome team of chaplains and assessors. We left Houston with mixed emotions, and are so thankful for those whose lives touched our hearts as they shared their stories and their grief. We are praying that God will continue to call folks to come alongside victims of Hurricanes Harvey and Irma to provide help and encouragement.”

Moore said he is always humbled and blessed by how God uses him and his wife as they serve in DR and motorcycle ministry.

Disaster Relief is calling upon churches now to help in relief efforts in Houston and surrounding areas. Churches interested in serving in Houston should designate a leader/coordinator to contact the BGCO DR office at www.okdisasterhelp.org. Groups will be provided with a place to stay, three meals per day, insurance coverage and specific work assignments.

Chaplains, especially, are needed. Interested chaplains should call Moore at 918/791-1252 to volunteer.