Giving Tuesday has become an annual tradition the last few years. On the Tuesday following Black Friday and Cyber Monday, and at the start of the Christmas season, Giving Tuesday was founded as a response to commercialization and consumerism in the post-Thanksgiving season. For Christians, though, the act of giving to those in need should be observed throughout the season of Christmas and beyond.

“I like the idea of ‘Giving Tuesday,’” said Scott Allen, who is in his 12th year of serving as director of Capital Association’s Grace Rescue Mission (GRM) and Baptist Mission Center (BMC). “But I also like the idea of Giving Wednesday, and Thursday and Friday and Saturday and Sunday and Monday. We eat, we get hungry again later. We meet a need for those here on the streets. And tomorrow, that need’s going to be there for someone else.”

Located on Exchange Avenue in the Stockyards area, just south of Downtown Oklahoma City, GRM meets multiple needs on a daily basis. Just like many social ministries at Thanksgiving and Christmas time, Allen and his team keep busy providing for those who are looking for meals, clothing and the means to help make it a special time for their children.

On Thanksgiving Day, GRM served 723 meals. With the winter weather coming, they also provided multiple sleeping bags donated by a Sunday School class at Oklahoma City, Southern Hills to those who are homeless or without heat in their homes.

Last month, Allen wrote in the Capital Association’s weekly newsletter about how his men went through the process of helping a family of six who went two days without eating. As the family had lunch at GRM, the men went next door to BMC to collect three bags full of groceries as well as coats from the clothes closet for the children.

“By the time (the family) left, they were overwhelmed, well fed, had food for several days and were protected from the elements,” Allen wrote. “Observing all of this, I don’t know who was blessed more—the family, the men who were moved to meet their needs, me being proud to see these men minister to others, or you—now that I’ve shared this with you.”

But he ended his column, emphasizing Who deserved the praise, “Thank You, Lord, for showing us Your hand today!!!” 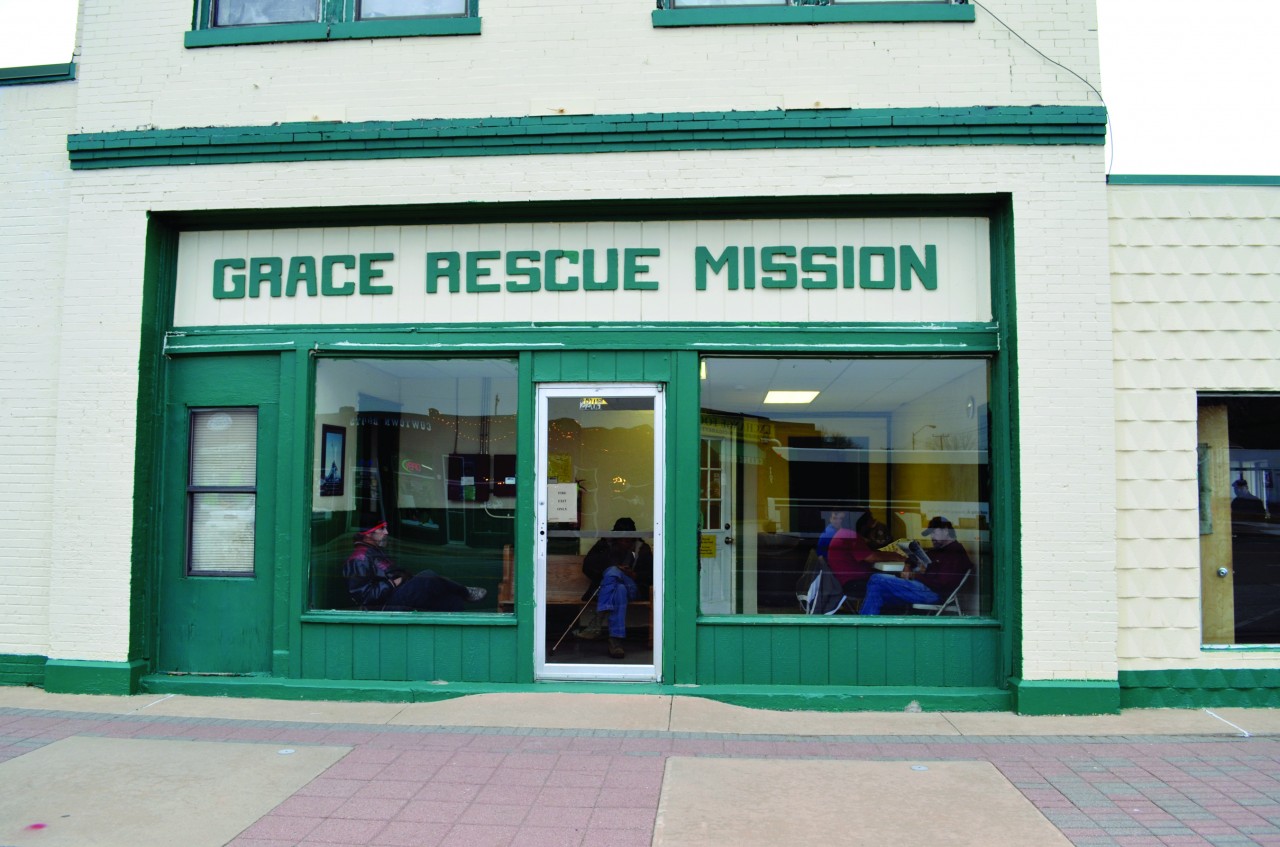 Allen said there are many days when he goes to work “dragging,” but he leaves at the end of the day “floating” after seeing the lives who were impacted by the work GRM and BMC is doing.

“You can’t put a price on seeing those kind of blessings. That’s why I am so excited about our Christmas store coming up. We now have 103 families who have signed up,” Allen said.

For more than 30 years GRM has offered a Christmas store for families. A thorough process is implemented to make sure every registered family can provide toys for their children, from newborn to 18 years old, and so far, 311 children will be able to receive three-to-four Christmas presents each. “We want to make sure we are reaching as many as we can,” Allen said. “We want to be good stewards of what’s donated to make sure we can reach as many as we can.”

On Dec. 18, the 103 families will go to Oklahoma City, Exchange Avenue, where the store will be set up and organized with age-appropriate gifts. Each family will have a volunteer go with them to make sure they have all they need and will leave with the intention of the children having a special Christmas experience.

GRM is one of the many social ministries supported by Oklahoma Baptists. There are many others across the state that are meeting similar needs. But as Allen points out, this experience can be more than supporting a seasonal cause.

“God proves it’s not about me, and it’s not about this mission,” he said. “It’s about sharing that cup of water in the Lord’s name. When we do that, we are just a conduit of blessings to flow to the people that we serve. I’m humbled that He’s called me to this because I get to see His hand move in lives every day.”

Allen also said it doesn’t have to be only at Christmas time. Christians can give and serve others throughout the year with the intention of showing the same love Christ has shown.

“Don’t let it be the ‘check’ marked off your list. Make it a priority year round,” he said.