From Hand-Me-Down Typewriter to a PC 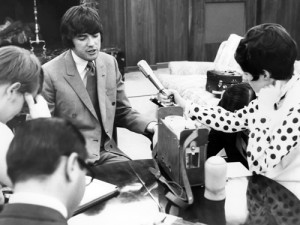 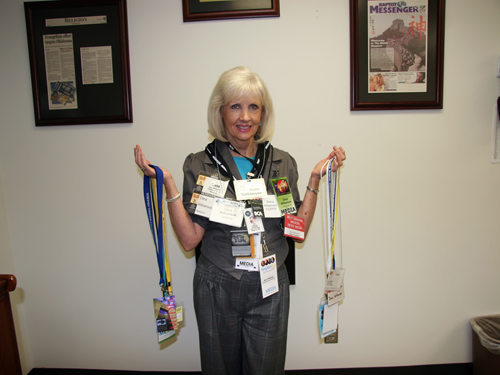 “Miss Dana Beth Williamson of Maysville has been named staff writer for the Public Relations Department of the Baptist General Convention of Oklahoma effective Oct. 14, (1968).”

That news release sent to Williamson’s hometown newspaper, The Maysville News, marked the beginning of a 40-year career telling the stories of Oklahoma Baptist events, churches and people.

She has traversed the state from the Panhandle to Idabel, from Miami to Altus and points in between, as well as numerous foreign countries, interviewing Baptists and non-Baptists. Her stories uplift the message of Jesus and how He works in the lives of people and churches.

A political science and journalism graduate of the University of Oklahoma, Williamson’s long-term goal was “to be press secretary for the President of the United States.” 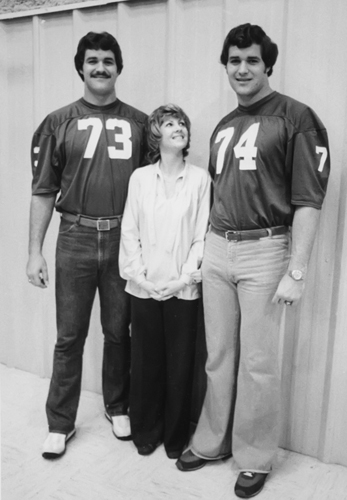 Quite a goal for the daughter of a Maysville grocer whose early work experience included bookkeeping, sales “as well as meat wrapping” in her father’s store. Not to mention keeping books for a grain and fertilizer company in Maysville.

She did make it to Washington, D.C. during college to work as a summer intern for the Bureau of Prisons in the Justice Department.

Back home in Maysville after attending the Baptist Youth World Conference in Switzerland, she saw a Baptist Diary directory in her Sunday School superintendent’s office. Seeing a listing for a BGCO PR department, she talked to her pastor, J.V. Lobaugh, who contacted the PR director.

“He suggested I send in a resume,” she recalled. “I walked in without an appointment and the PR director, Joan Harvison, was just placing a call to my home in Maysville to arrange an interview.

“I’m convinced this is where God intended for me to be. I love what I do and enjoy coming to work,” says the writer who was saved and baptized at Maysville, First in 1954.

In 1994, she became part of the Baptist Messenger staff after contributing stories to its pages during Dick McCartney’s time as editor. Since then she has worked with three editors, Glenn Brown, John Yeats and Ray Sanders.

Asked about her interviewing techniques, she explained: “I just try to get people talking about themselves and often the story just happens. Only once did I have a very reluctant subject to interview and only got two or three usable quotes. That story was salvaged after I visited with the person’s youth minister for more information. 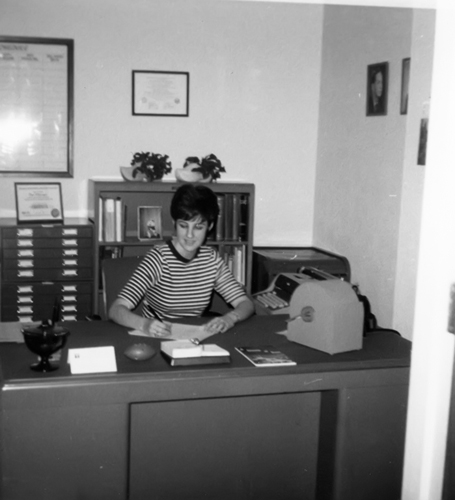 “I sometimes do interviews by phone, but the better ones are done face-to-face. Usually, I visit with the people for 30 to 40 minutes, but some have lasted up to an hour.” Her interviews have taken place on a boat about a lake ministry, while flying in a private plane or airliner and behind prison doors.

She admits being so nervous about an interview that she wrote out her questions in advance for her appointment with OU football coach Bob Stoops in March of 1999 before he led OU to a national championship.

The variety of people she has met and/or interviewed includes a presidential candidate (Jimmy Carter . . . to whom she gave directions to the men’s room when he visited a Baptist meeting), OU football coaches John Blake and Stoops and an Oklahoman cured of AIDS.

As she drives some 20,000 miles a year around Oklahoma, Williamson has written enough stories to fill 13 large file folders in the Messenger file room. “Often as I drive home, I go over the interview in my mind and work on the lead (opening sentence or paragraph) and the rest of the story before sitting down at the computer,” she said.

She has a knack of wringing a good story out of what might be a “so-so” interview. Her stories develop from phone calls or letters from readers, hearsay, comments in her Sunday School class and being a good listener.

“Sometimes a story gets bumped out for lack of space or other reasons,” the writer said. “Once a story was delayed but when it was published later, the family said it was most timely because they were in a time of remembering a loved one’s death and it helped them emotionally. I just call it God’s timing.” 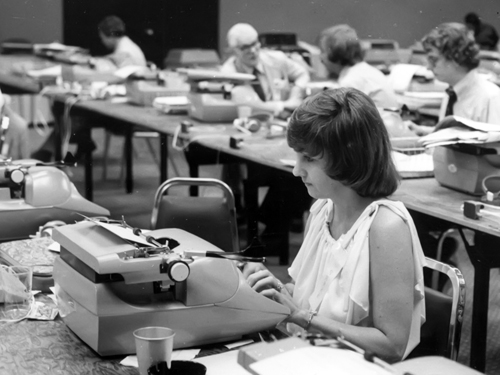 During her career, Williamson has seen big changes in technology for publishing. “I started with a hand-me-down used typewriter in the old Baptist Building on North Robinson and have progressed through a memory typewriter, photo composition, a MacIntosh computer to a PC,” she noted.

Her photography skills have gone from black-and-white film, through color film to the current digital cameras. 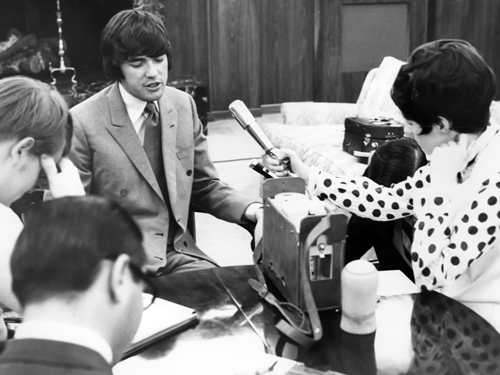 Her world travels started with that $875, three-week trip to Switzerland and eight other European countries in 1968. Since then, as a Baptist writer, she has covered mission trips and other events in Brazil, England, Malawi, Israel, Italy, Jordan, Mexico, Canada and India.

Williamson’s journalism career got its start on Maysville High School’s Warrior Smoke Signal newspaper. During high school, she was a majorette-twirler-clarinet player in the band (and she can still wear her majorette uniform, and still has the accompanying white boots with the red tassels).

At OU, she worked on the student newspaper, The Oklahoma Daily, and was member of the Pershing Rifle Cadettes drill team.

In the 40 years at the Baptist Building, Williamson’s hair has gone from short and dark brown to long and naturally grey. But she’s still five foot, four and wears petite-misses size clothes. Known for her taste in clothes, she confesses to being a bargain shopper and claims to “have only two items in my closet bought at full price.”

Asked what she might have been if not a presidential press officer or a Baptist feature writer, she replied, “I really liked fashion design and might have tried to be a model . . . if I had been taller.”

Also known for her decorating skills, Williamson’s office is outfitted with shelves of memorabilia from her trips, Maysville High School, OU, awards for writing and a china cabinet from her parents’ home. Pasttimes include decorating, traveling, knitting and crocheting . . . usually baby blankets for friends.

Now, you know the person behind that byline: by Dana Williamson, Associate Editor.