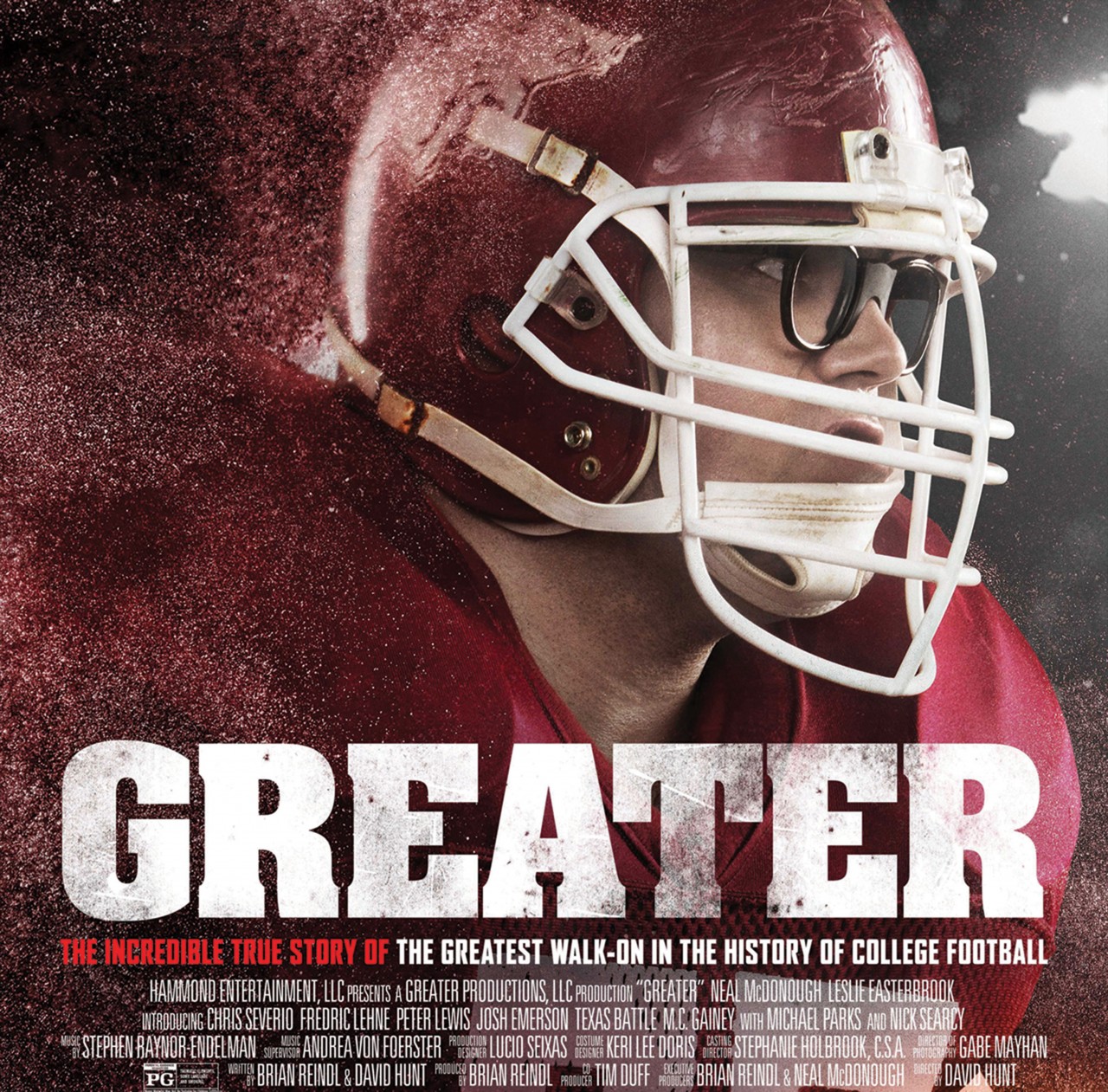 “Rudy,” “Remember the Titans,” “Facing the Giants” and “Woodlawn”—if you liked all of these movies, you are sure to like “Greater,” which will be released on DVD Dec. 20.

According to the film’s website, the based-on-a-true-story movie goes like this: “Brandon Burlsworth is perhaps the greatest walk-on in the history of college football. Brandon dreamed of playing for the Arkansas Razorbacks, but was told he wasn’t good enough to play Division I ball. Undeterred, Brandon took a risk and walked on in 1994. Written off by fellow teammates and coaches, Brandon displayed dogged determination in the face of staggering odds. The awkward kid who once was an embarrassment to his teammates and an annoyance to his coaches, ended up becoming the most respected player in the history of the program, changing the lives of all he touched.”

Oklahoma football fans may be familiar with Burlsworth, as Sooner quarterback Baker Mayfield recently won the Burlsworth Award for the second consecutive year, which is awarded to the most outstanding college football player who began their career as a walk-on (non-scholarship) athlete.

Americans love an underdog story, and you can’t get any more of an underdog than this. Whether you are a football fan or not, you will love Brandon Burlsworth the person, his perseverance and character. While some skeptics and non-believers might view the film as weak in places, the message of the movie and quality of cinematography and acting were better than the normal faith-based film. This movie also features character development that will challenge and inspire.

There are at least two instances of bad language, in a football practice setting. In one scene, drinking alcohol is shown. Also, for those who are a bit film-snobbish and only want to see award-winning, artistic films, they might find “Greater” unfavorable.

The greatest strength of the movie is the message and that it’s based on a true story. Through “Greater,” we are forced to think about issues like sin, faith, repentance, doubt, fear, struggles and overcoming. The movie also has a character who represents doubt or lies from the devil, and Burlsworth faces those questions head on.

Just like the popular underdog movie “Rudy,” “Greater” offers a similar feel, but one thing about Burlsworth’s presentation is how he lived his Christian faith. He was diligent in daily Bible reading; he held strong convictions; and his words were flavored with godly knowledge.

Consider “Greater” as a Christmas present for someone who enjoys sports movies or for someone who may need to be inspired from watching Burlsworth overcome obstacles in his life and represent something greater than himself.