Floyd to missionaries: You were chosen for this moment 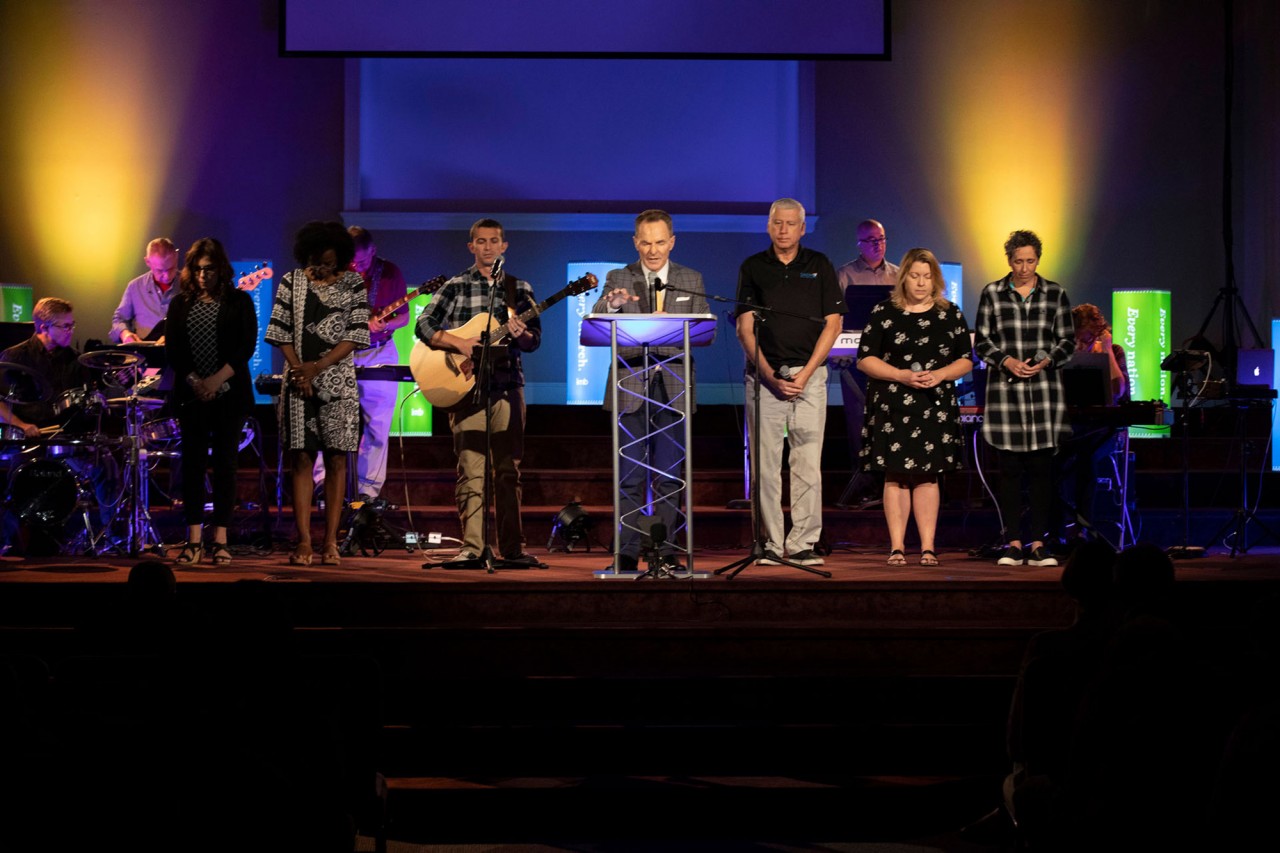 MIDLOTHIAN, Va. (BP)—The International Mission Board (IMB) celebrated the sending of 24 newly appointed international missionaries in a service at Swift Creek Baptist Church Sept. 25. IMB trustees voted to approve the candidates during a meeting near Richmond earlier in the day. Ronnie Floyd, president and CEO of the Southern Baptist Convention’s Executive Committee, preached the message at the celebration, encouraging the new missionaries to “step into the missionary calling.” 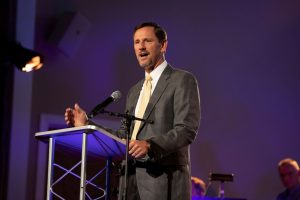 IMB President Paul Chitwood reminded those attending IMB’s Sept. 25 Sending Celebration that they had gathered from across the country “because we anticipate what God will do around the world.” Photo by Chris Carter/IMB

The 24 missionaries represent churches across the United States—from Louisiana to Michigan and North Carolina to Hawaii. Families, friends, and pastors from across the country also attended the event.

IMB President Paul Chitwood told the gathered crowd, “We have come from all around the country, but we are here tonight because we anticipate what God will do all around the world.”

Ronny Raines, who pastors Bradfordville, Fla., First near Tallahassee, made the trip to Virginia to support a couple from his church who are going to a difficult area of the world.

“We want to be a church that prays, gives, goes and sends,” Raines said. “It’s very convicting for us to realize what this young couple is giving up to take the Gospel to the nations. We are here to support them in their calling.”

Like the couple Raines came to support, each missionary’s testimony referenced a church family who loved, mentored and encouraged them as they sought God’s will for their lives.

One such couple is Robert and Katie McMillan from Flushing, Mich., Westside, who will serve in Europe.

“God used our churches and short-term trips to introduce us to missions,” Robert said.

“Before we met, we each spent time studying overseas,” Katie said. “These experiences exposed a troubling reality. We were overwhelmed by the emptiness prevalent among the lost people we met.”

Both Robert and Katie surrendered to God’s call to missions and attended New Orleans Seminary. After graduating from New Orleans, Robert worked in South Asia, and Katie worked in East Asia. God used that time to reaffirm their passion for the nations.

D.B. and Kristin Washer are another couple who sensed God’s call to missions as teenagers and whose church—Joshua, Texas, Lane Prairie—mentored and encouraged them. The couple will serve in Sub-Saharan Africa.

“Our Southern Baptist church saw the calling upon our lives and gave us opportunities to serve,” Kristin said. “There we developed a love for the Word of God that drove us to study at Southwestern Seminary.”

Jerry Clements, pastor of Lane Prairie, and Matt Queen, professor of evangelism at Southwestern Seminary, traveled to Richmond from Texas to attend the celebration and support D.B. and Kristin.

Short-term trips introduced missions to Tyler and Abbie Wales, who will serve in Europe. The couple spent the majority of their dating relationship in different states and on different continents, Tyler said. He served in Scotland, and Abbie worked with refugees and international students in the couple’s hometown. God drew them together with a shared desire to serve cross-culturally, and their church— Baton Rouge, La., Istrouma—was foundational in helping them develop their calling to missions.

“Our church has supported this calling and equipped us through sound teaching, mentorship, and service opportunities,” Abbie said.

Stepping into the missionary calling 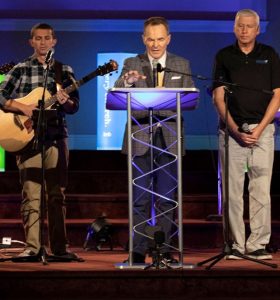 Ronnie Floyd, president and CEO of the Southern Baptist Executive Committee, challenged new missionaries to “step into their call” and encouraged Southern Baptists to “step into” their responsibility to send and support them in an IMB sending celebration Sept. 25. Photo by Chris Carter/IMB

Ronnie Floyd encouraged the new missionaries to “step into their missionary calling.” Referencing Acts 20:22, he reminded them that they were crossing over to the point of no return, just as Paul did when he was compelled to go to Jerusalem, not knowing the challenges he would face there.

“Nothing in your life will ever be the same again,” Floyd said. “Everything will be different. Anytime you step into the call of God, you step into change.”

At the same time, the missionary calling does not come without sacrifice. It requires missionaries to “step away” from people they love, from their own control and from their own security, Floyd said.

“How can we finish God’s purpose if we are holding on?” Floyd asked. “We must let go.”

Finally, Floyd promised the new missionaries that Southern Baptists would step into their calling to pray for them and give generously to support them. He challenged the churches attending the celebration and viewing the service over livestream to “step into generosity like we’ve never seen before” by giving to the Lottie Moon Christmas Offering and the Cooperative Program.

“We (as Southern Baptists) are stepping into our calling in relationship to you,” Floyd said. “We are going to pray for you. Southern Baptists by the millions will lift you up. Churches by the thousands will claim you as their own. You are being sent with the prayers of Southern Baptist churches.”