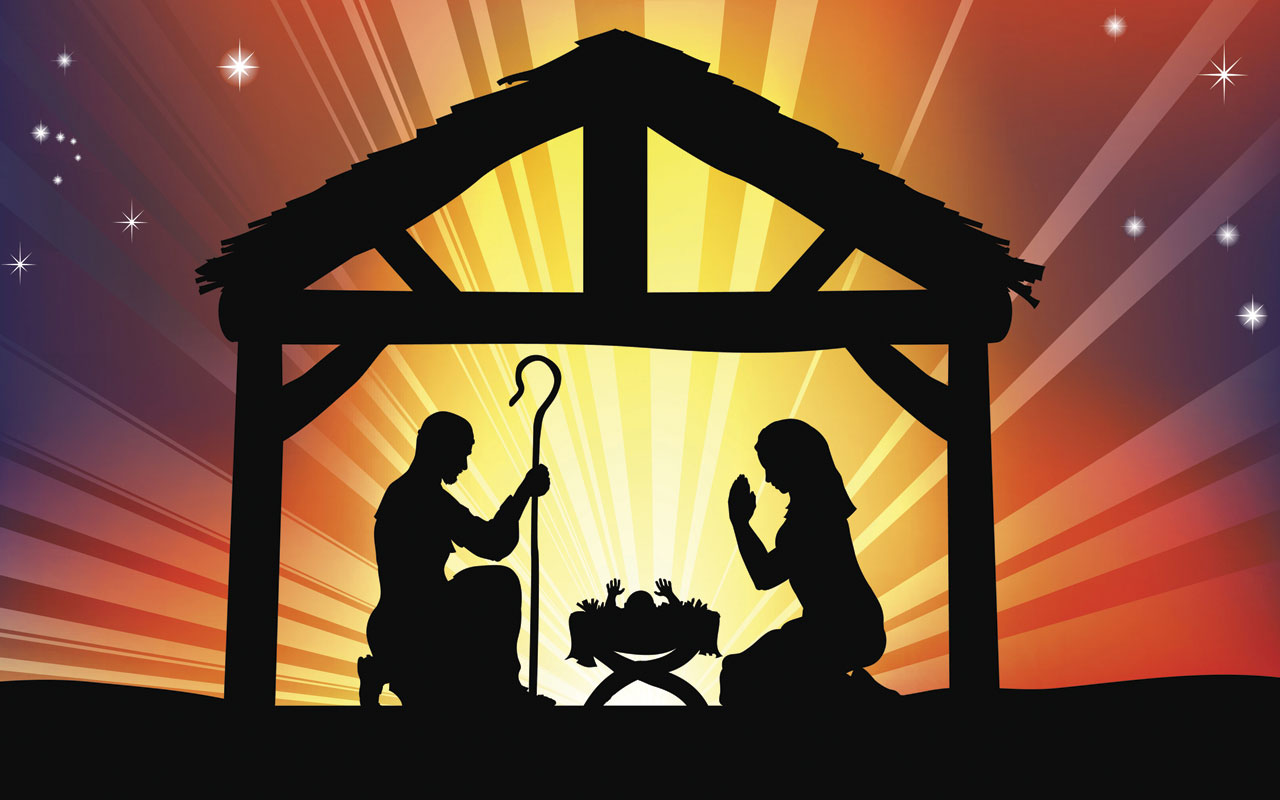 It may come as a surprise to some that none of these elements are included in the two scriptural accounts of Jesus’ birth in Matthew and Luke—though they commonly are featured in Christmas pageants. In The First Days of Jesus, published this year by Crossway, two authors with Southern Baptist ties urge believers to separate fact from fiction through “a careful reading of the New Testament infancy narratives in their historical context.”

Southeastern Seminary professor Andreas Köstenberger and Southeastern Ph.D. graduate Alexander Stewart argue such a reading will help Christians “clear away the brush so (they) can truly encounter and be changed by the Christ of Christmas.”

“We wrote the book to help people understand the deeper meaning of the birth of Christ so they can celebrate a more Christ-centered Christmas,” Köstenberger, senior research professor of New Testament and biblical theology at Southeastern, told Baptist Press. “This includes the matrix of messianic expectations culminating in Jesus. It also includes a deeper appreciation for the important doctrines involved, such as the virgin birth, the incarnation, the deity of Christ, His sinlessness and many others.”

A moment of particular significance in Scripture’s birth narratives occurred in conjunction with the wise men’s visit, Köstenberger and Stewart write. The worship of the mysterious eastern visitors—whose three gifts do not necessarily correspond to the number of people in their party—contrasted sharply with the hardness of heart exhibited by King Herod, the cruel Roman-puppet monarch who sought to eliminate all rivals to his throne.

“On the one hand, Herod, with the (perhaps unwitting) aid of the Jewish religious leaders, rejected God’s appointed King, while, on the other hand, Gentiles, with little knowledge of the true God, recognized God’s King and responded with submission, allegiance, and worship,” Köstenberger and Stewart write. “The narrative pushes us, its readers, to consider our response to Jesus. With whom are you identifying, Herod or the magi (Greek for ‘wise men’)?”

When it comes to dating Jesus’ birth, Köstenberger and Stewart say it must have occurred before Herod’s death, which the ancient Jewish historian Josephus placed in the spring of 4 B.C. between a lunar eclipse on March 12 and the Passover on April 11. The authors estimate Jesus was born in 5 or 6 B.C., in view of events Scripture records between Jesus’ birth and Herod’s death.

The A.D. system of dating —an abbreviation of the Latin phrase Anno Domini, meaning “in the year of the Lord”—was developed by a Sixth-Century monk and erroneously calculated the year of Jesus’ birth as 1 B.C.

The specific month of Jesus’ birth cannot be pinpointed, Köstenberger and Stewart write, despite the claim made by some that shepherds “kept watch over their flocks by night” only between April and November. Shepherds near Bethlehem “may very well have kept their flocks out year-round,” the authors assert.

In response, the authors argue that, among other flaws in the skeptical argument, the verse might be better translated, “This was the registration before Quirinius governed Syria.”

Such a translation renders the Greek word protos, generally translated as “first” in Luke 2:2, as meaning “before” in this context. While the traditional rendering—“This was the first registration when Quirinius was governor of Syria”—is perhaps a “more natural grammatical translation,” the alternative is grammatically possible and supported by “contextual historical factors,” the authors argue.

Two related objections are that no evidence points to an empire-wide census during Augustus’ reign and that no Roman census occurred in Palestine during Herod’s reign.

Köstenberger and Stewart respond that Augustus “was very concerned with census taking,” ordering at least three censuses of Roman citizens and various censuses of all the empire’s inhabitants. None of the known censuses corresponds with Jesus’ birth. However, in Judea, Herod would have been responsible for taking his own censuses and paying tribute to Rome. Josephus said Herod kept excellent records for taxation purposes, which would have required census activity even though no record of a specific census remains.

Luke 2:1 may be describing a situation in which Caesar Augustus ordered “client kingdoms” like Judea to take their own censuses and then pay tribute to Rome.

The authors believe their explanation of these contested issues is reasonable, but they add, “We trust the Bible ultimately because it has been inspired by God. Our faith does not rest on some . . . yet-to-be-discovered Judean census return from the time of Herod. Our faith rests on the God who raised Jesus from the dead and Who, through the Holy Spirit, inspired Jesus’s earliest followers to pass on and record the stories of Jesus’s life and teaching accurately.”

Köstenberger and Stewart also note other little-known or overlooked facts associated with the Christmas story. Among them:

///Luke’s account is told from Mary’s perspective and includes information that could only have originated with Mary herself, like the account of the angel Gabriel’s visit. Luke could have obtained such information either from Mary personally or from her friends and family.

Matthew, in contrast, reflects Joseph’s perspective. Though Joseph likely died before Matthew’s Gospel was circulated, the information could have been gleaned from oral or written accounts by those who knew Joseph.

///The star that led the wise men to Christ may have been associated with a “triple conjunction of Jupiter and Saturn” that occurred in May/June, September/October and December of 7 B.C. in the constellation Pisces. Pisces was associated with the Hebrews, while Jupiter was associated with the world ruler, and Saturn was seen as the star of the Amorites in the Syria-Palestine region, Köstenberger and Stewart write, citing a study by New Testament scholar Raymond Brown.

“It is historically plausible,” Köstenberger and Stewart write, “that the conjunction of planets noted above would have led Eastern astrologers to expect the birth of a king in Palestine.”

///Jesus, which means “Yahweh saves,” was the sixth most popular name in First-Century Palestine, according to one study the authors cite.

///The pronouncement of the “heavenly host” regarding Jesus in Luke 2:14 bears “striking similarities” to the way Caesar Augustus and other Roman leaders were worshipped in the imperial cult, suggesting Jesus, and not Caesar, was the true Savior of the world.

///Though neither Matthew nor Luke tells precisely where Jesus was born, extra-biblical sources from the mid-Second Century describe the setting as a cave, Köstenberger and Stewart state. Some other Southern Baptist scholars believe Jesus was born in a cave where animals were kept below a house in Bethlehem—the same house where the wise men later visited Jesus.

///At the time Jesus and His family fled to Egypt to escape Herod, there was a large and prosperous Jewish community there. The three expensive gifts from the wise men—gold, frankincense and myrrh —may have provided funding for the family to begin their new life in a foreign land.

Köstenberger and Steward conclude, “Together, Matthew, Luke and John provide a wonderful threefold witness to the first days of Jesus, presenting Him as the virgin-born Messiah, the light to the nations, and the incarnate Word. Each in his own way bears witness to the unique event represented by Jesus’s coming into this world to save us from our sins.

“Rather than looking for divergences between the Gospel witnesses to Jesus’s birth,” they write, “we should stand amazed at the richness resulting from the diverse and complementary ways in which the Gospel writers testify to the events surrounding Jesus’s birth, and we should probe their significance for us today.”