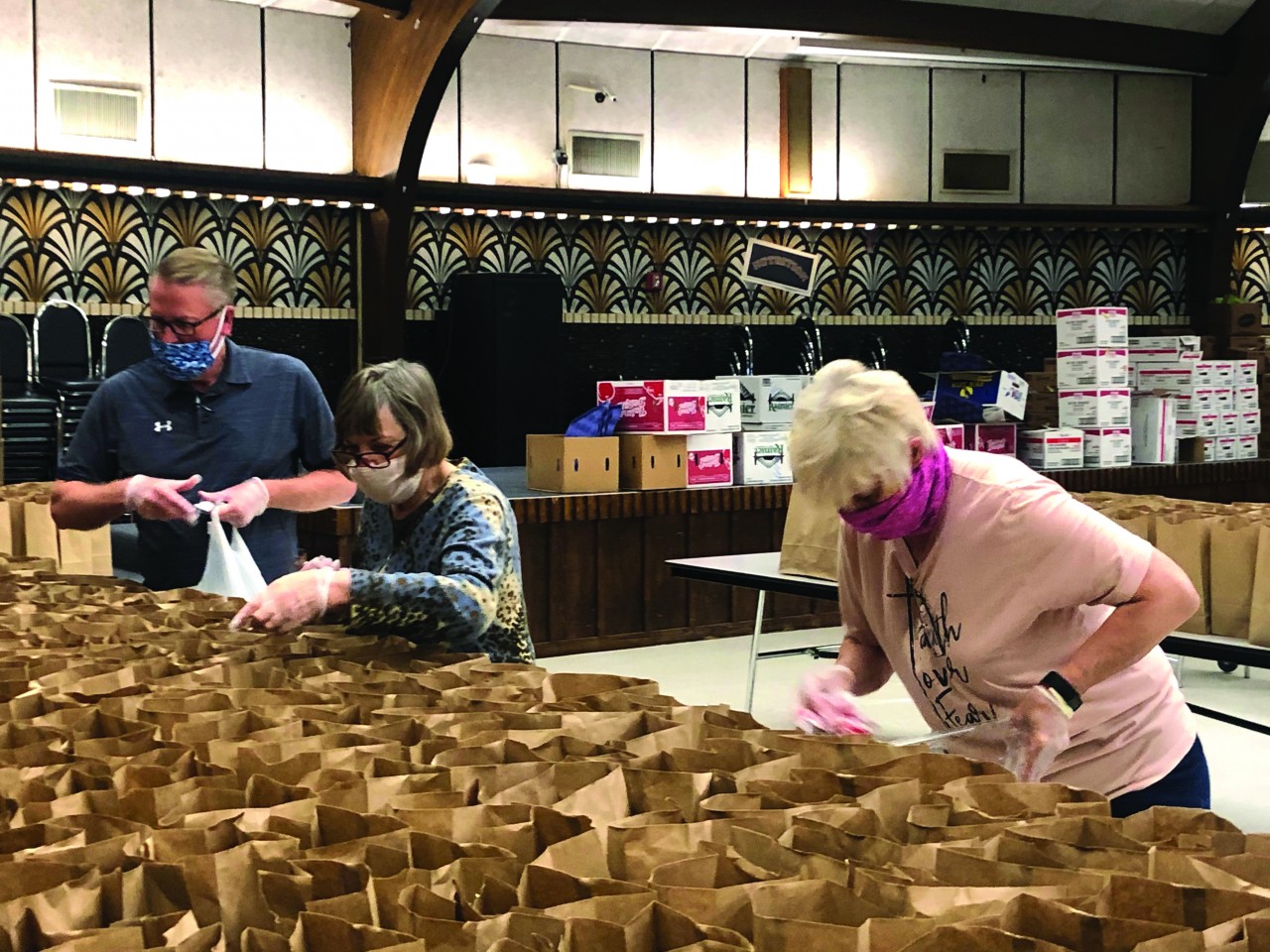 With weeks of shelter-in-place orders issued around the state due to the Coronavirus, many families have found themselves faced with another crisis, a shortage of food in their homes. To help people with food insecurities, Oklahoma Baptist churches across the state have been using hunger funds from the Edna McMillan State Missions Offering to provide much-needed relief. Churches have accessed the funds which were disbursed through the Oklahoma Baptists Chaplaincy office. 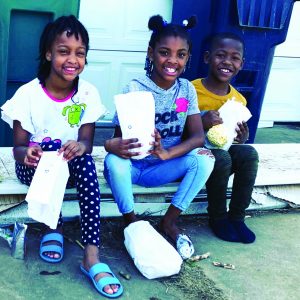 Kids and adults alike are being impacted for the Gospel through churches providing meals for their community.

“It always amazes me that when a crisis occurs, Oklahoma Baptists rise up to penetrate darkness,” Williams said. “Churches throughout Oklahoma have risen to the challenge. I am thankful that Oklahoma Baptists gave, so we can provide nearly $100,000 to help reach communities with the Gospel while also meeting physical needs.”

Several churches partnered with local school systems to distribute meals to Oklahomans in need. Duke, First Pastor David Wilson explained, “I contacted the superintendent of our school. He used the money to provide meals for the people of our community. This helped families who were hurt by school being cancelled. A great deal for a little community like ours.”

Altus, Martha Road Pastor Kevin Baker gave details of how the church has been meeting needs in Altus. “We were able to partner with the Altus Public school system,” he said. “We have given money to the school, and they have used that to buy extra food, fruits and vegetables and snacks that they have given to the kids. Through the first five weeks we have fed 66,148 meals.” 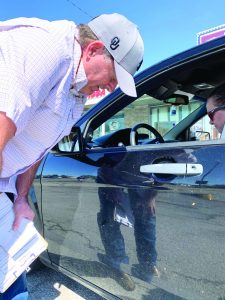 A volunteer prays with a member of the Sand Springs community during a food distribution.

Ada, First deacon chairman Kevin Bell said his church distributed more than 500 meals through the school system, and they have worked to provide relief to frontline healthcare workers.

Rusty Gunn, pastor of Sand Springs, Church That Matters, detailed how his church leveraged a restaurant the church had recently acquired to feed at-risk people in that community.

“Using hunger funds, we were able to feed kids and senior adults for free in this time of crisis,” Gunn said. “We have fed over 20,000 meals in the last five weeks. We’ve done the Coney dogs, but we have also partnered with other places to purchase other food, so we could have a variety of menu each day.”

Since March 23, Mission OKC has delivered 27,000 hot meals and 800 grocery boxes to homes of families living in poverty across Oklahoma City. Chad Clement, senior pastor of Mission OKC, said his church has seen a lot of future ministry opportunity come from the food distribution.

“We have heard so many different moms say things like, ‘I have 11 kids in our home, and we had no idea how were going to be able to feed them.’ And we have made a lot of contacts over the last few weeks that we plan to follow up on this summer,” Clement said. 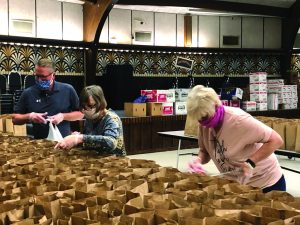 Alan Quigley, associate executive director for Oklahoma Baptists’ Church Resources Group, observed that churches serving in economically-depressed areas of the state have stepped up to feed the young and old alike.

“I recently learned that Jeanie Usler, the pastor’s wife at Wynona, First, saw a need in her community, and she led the church to serve between 70-80 people every week at least one hot meal,” Quigley said. “Small churches and large churches alike have stepped up to feed the hungry through Oklahoma Baptists Hunger Funds that were and are raised through the State Missions Offering every September.”

Other churches that have used the hunger funds are Lexington, First; Albion, First and Cartwright, First.