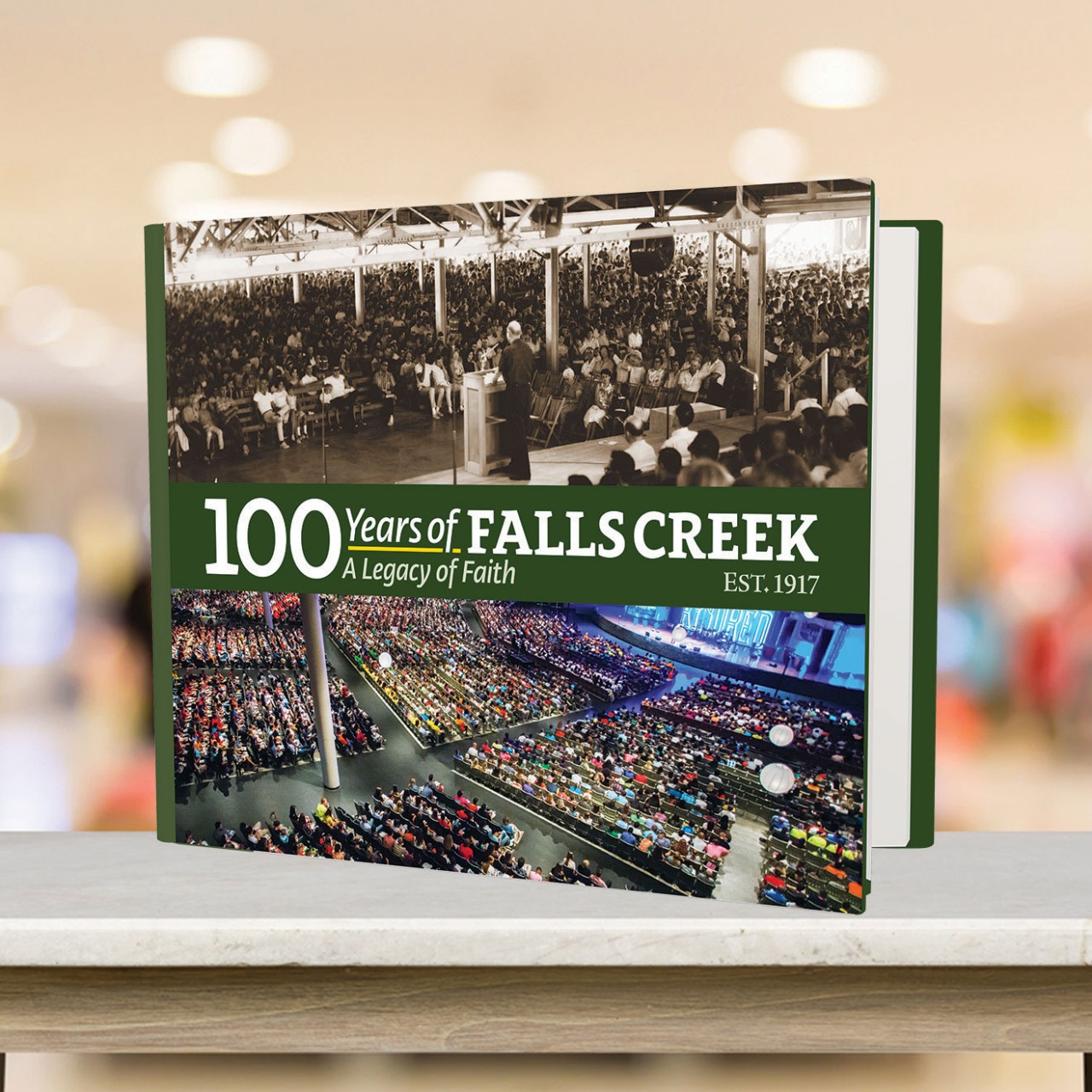 In November 2016, the Baptist General Convention of Oklahoma (BGCO) unveiled a new book celebrating the 100th anniversary of Falls Creek called 100 Years of Falls Creek: A Legacy of Faith. As of Jan. 1, 2017, more than 1,000 copies of the 120-page, hardback book have been sold.

Researched and written by Dana Williamson, retired associate editor of the Baptist Messenger, and designed by Oklahoma City graphic artist, Rick Boyd, who has done numerous publicity pieces for both the BGCO and Southern Baptist Convention entities, the “coffee table” book commemorates Falls Creek’s 100-year anniversary through 272 photographs, a timeline and short testimonies from people whose lives were changed at the camp.

The book also includes brief features on notable preachers and musicians, who helped make Falls Creek successful, as well as memorable pieces on the subjects of dress code, swimming and other recreation, first aid and tent city.

“We are so thrilled by the response of Oklahoma Baptists and others to this beautiful book, which is a remarkable pictorial and written story of the mighty work of God at Falls Creek,” said Anthony L. Jordan, executive director-treasurer of the BGCO.