Explainer: What’s happening with children at the southern border? 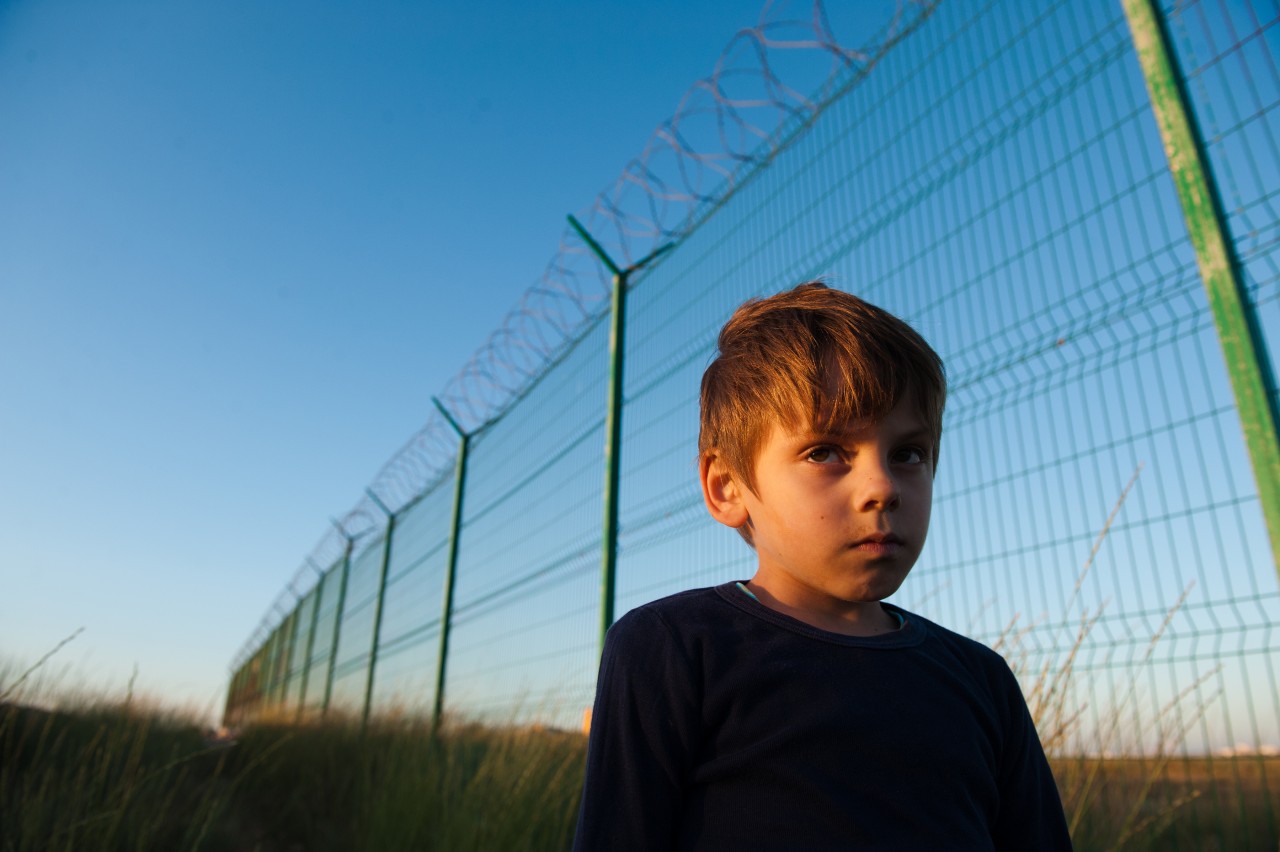 Recent outcry over issues at the United States–Mexico border broke out after reporting from the Associated Press revealed unconscionable conditions for child migrants in government custody in a facility near El Paso, Texas. The AP story highlighted concerns from a group of attorneys who interviewed 60 children at the U.S. Customs and Border Patrol (CBP) site. Their accounts revealed safety and sanitation concerns with the housing conditions and a lack of adequate adult supervision. Here is what you should know about this situation at the southern border.

Is there a surge in people crossing the southern border?

In addition, the demographics of those crossing the border changed significantly. Over the last 10 years, the trend shifted from primarily single men from Mexico to overwhelmingly family units from Central America. This presents new challenges for processing asylum claims and managing the family units who have been detained. Further, as discussed below, Congress had not provided appropriate levels of funding to meet this crisis. CBP struggled with limited resources as the administration sought to manage this situation and impose new detention policies.

Who is being held in these detention facilities?

While a majority of those detained are adult men, the number and treatment of children in these detention centers garnered national attention. When migrants make an asylum claim in the United States, according to U.S. immigration law, they have the right to a court hearing if they pass an initial screening to prove they meet the legal criteria to be granted asylum. Due to a longstanding backlog in asylum and immigration cases and partisan gridlock on resources for immigration courts, previous administrations released migrants waiting for their court dates, which in some cases can take several years. Even though 92% of migrants seeking asylum did appear in court for their hearings from 2013-2017, according to the Department of Justice, this practice has come under criticism. As a response, the Trump Administration sought to hold asylum seekers in detention facilities in a greater number of circumstances while waiting for their hearings.

Is immigration law different for children?

At the center of the government’s policies toward child migrants is a 1997 consent decree known as the Flores Settlement Agreement. Flores directs that children who are unaccompanied or who have been removed from their parents during the process of immigrating are to be transferred to a licensed facility within three to five days of apprehension, and a max of 20 days during times of emergency influx, according to the nonprofit Human Rights First. This means, practically, that families cannot be detained together as a unit for longer than 20 days. After that time, children are to be transferred to the U.S. Department of Health and Human Services’ (HHS) Office of Refugee Resettlement (ORR). The Flores Settlement also lays out housing condition standards, including the requirement of “safe and sanitary facilities” among many others, all while the government makes a “prompt and continuous effort toward family reunification and release” for children.

What sparked public and media attention about these facilities?

The Associated Press reported that children were held in overcrowded and undersupervised facilities for as many as 27 days. The scenes unfolding were of children sleeping on the floor, consoling one another, and some with health issues like the flu and lice. Rep. Michael McCaul (R–Texas), former chairman of the Homeland Security Committee, stated that the current migrant housing conditions are the “worst [he has] ever seen” and Vice President Mike Pence said the conditions were “totally unacceptable” for these children.

How long have these issues been going on?

During the early 2000s, much was done to deal with the high amount of southern border crossings including the Secure Fence Act of 2006 which authorized the construction of nearly 700 miles of physical barriers along the border. According to CPB staffing data reported by Politifact, the number of Border Patrol agents at the southwest border nearly doubled since 2005. While the number of detainees dramatically dipped between 2014 and 2015 when the Obama administration redirected its focus to removing serious offenders and recent border crossers in 2014, the picture over the last few years has changed. In 2019, there is thus far a 300% increase in the number of family units apprehended at the southern border, causing the overflow of detention facilities.

Due to the current massive surge in migrants crossing the southern border and making asylum claims, both CBP and ORR are experiencing significant resource shortfalls. The failure of Congress to provide appropriate levels of funding to manage the surge is due in part to the partisan debate between the House, Senate, and administration over related immigration policy issues.

What is the U.S. government doing about the issue?

On Tuesday, June 25, the AP followed up with news that most of the children at the Texas facility had been transferred to shelters run by HHS ORR. The story quotes ORR spokeswoman Evelyn Stauffer who said that unaccompanied children, “are waiting too long in CBP facilities that are not designed to care for children. These children should now all be in HHS care as of Tuesday.”

Congress also responded this week with emergency supplemental spending bills aimed at meeting basic needs in these shelters and alleviating the immense pressure to the system under stress at the border. Both chambers authorized around $4.5 billion but differed in the ways in which and agencies to whom the money would be appropriated. When the House bill, passed by Democrats with a party-line vote of 230-195, came to the Republican-led Senate, it predictably failed. The Senate then took up its own bill, S. 811, which was developed by a bipartisan group of Senators on the Appropriations Committee. The Senate version passed overwhelmingly by a vote of 84-8. Late Thursday night, June 27, the House considered and passed the Senate bill in a bipartisan vote of 305-102, which means that a bill providing new funding is now headed to the president’s desk.

Assuming the legislation is signed into law by the president, this bill would provide additional funding for DHS and HHS for migrant processing facilities and refugee assistance programs. The bill also provides funding for the Department of Justice for immigration judges, the Department of Defense for military assistance, as well as overtime pay for Immigration and Customs Enforcement agents.

How is ERLC engaged in this debate in Washington?

On Thursday morning, while Congress was considering these bills, the ERLC, along with the Evangelical Immigration Table, sent a letter to President Trump, Vice President Pence, Speaker Pelosi, and Leader McConnell expressing concern for the inhumane conditions in which children are being held at the southern border. The letter calls for multiple actions and policy changes including supplemental funding, additional personnel trained to care for children, respect for asylum laws and family unity, and restoration of foreign aid to El Salvador, Guatemala, and Honduras. Russell Moore signed and commented on the letter,

“As Christians, Jesus calls us to respond to the cries of those in need around us. The conditions at the border ought to prompt all of us to remember that these migrant children are not a mere problem to be solved. They bear the image of God, and are endowed by him with dignity and worth. Jesus loves them, and so should we. The problems at the border will require complex solutions and long-term strategies by our government—both Congress and the administration coming together. In the meantime, we should do everything we can do to help alleviate the suffering of those who are attempting to flee violence in their home countries.”

How can Christians help?

As Christians, we affirm that all people are made in the image of God and endowed with immeasurable dignity and worthy of respect and love. Because the Bible is clear that we are to love our immigrant neighbors, we must seek ways to alleviate unjust suffering for migrants wherever we can. Southern Baptists are on the frontlines serving immigrants through the Baptist Convention of New Mexico and the Southern Baptists of Texas Convention as just two of many examples. Now is a great time to join them and serve immigrants in your community. Several organizations like World Relief and World Vision, as well as many local organizations like these identified by the Texas Tribune are serving at the southern border, providing legal aid and essential supplies. Christians can join in their efforts by offering their talents, partnership, and prayers.

View all posts by Travis Wussow

View all posts by Jeff Pickering