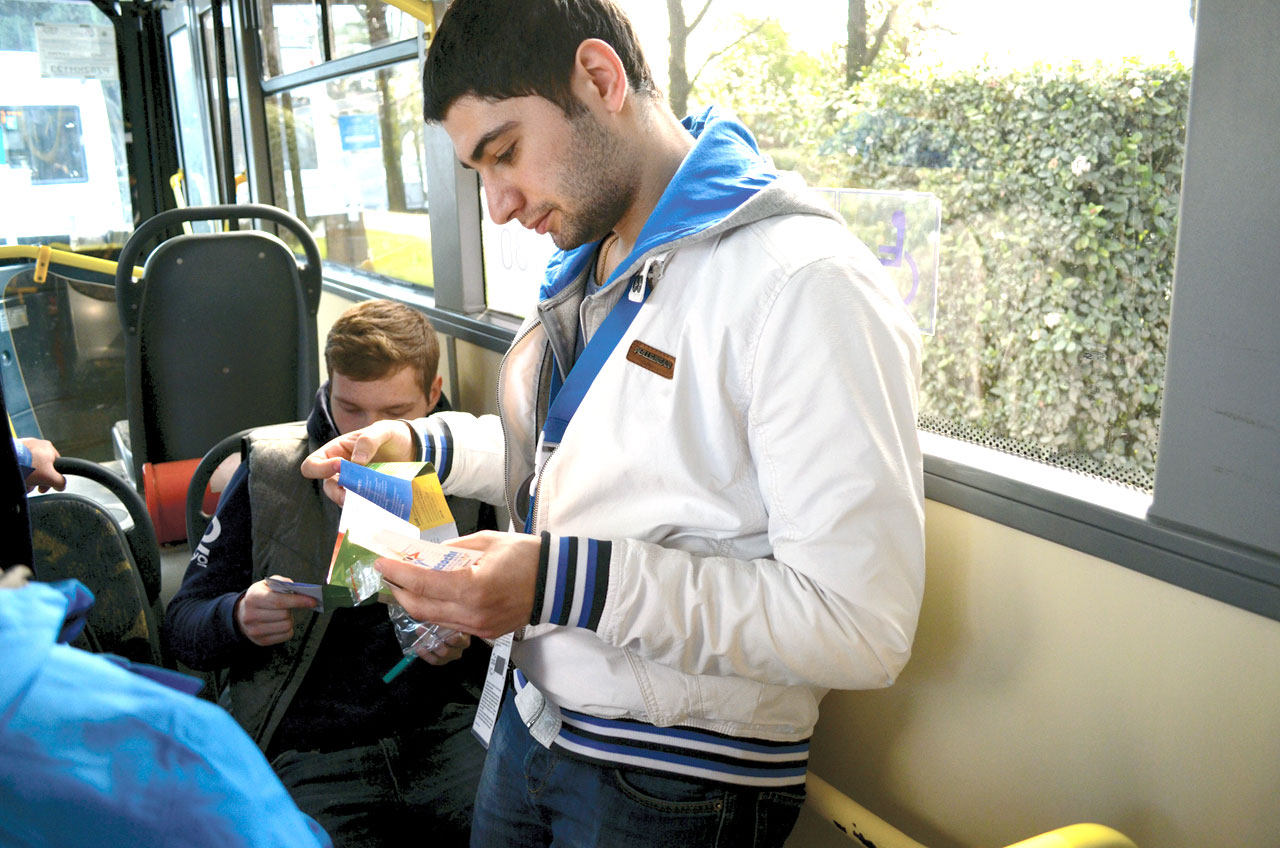 SOCHI, Russia (BP)—As the 2014 Winter Olympics comes to a close in Sochi, Russia, medal-winning Christian athletes who gave witness for Jesus Christ say their lives are about much more than winning medals. Meanwhile, the Engage Sochi outreach kicks into its next phase—church planting.

For 17 days, Sochi was marked by glitter and gold, pomp and ceremony, victory and defeat. Now the Olympic flag is lowered, the flame is extinguished and the baton is passed to PyeongChang, South Korea, for the 2018 Winter Games.

“Athletes, you have inspired us over this last 17 days,” International Olympic Committee President Thomas Bach said during the closing ceremonies on Sunday (Feb. 23). “By living together under one roof in the Olympic village you send a powerful message from Sochi to the world, that of a society of peace, tolerance and respect. I appeal to everybody implicated in confrontation, oppression and violence to act on this Olympic message of dialogue and peace.”

American Jessica Lutz, whose father is from Switzerland, won a bronze medal playing on the Swiss women’s hockey team, saying, “It is a huge honor and blessing to be able to go to the Olympics and to be called an Olympian.”

“But it is so much more of an honor to be able to be called a child of God, to be forgiven of my sin and to be able to have Christ’s righteousness as my own,” Lutz said in an interview with Baptist Press.

Lutz entered the Olympic arena during the opening ceremonies wearing an Engage Sochi pin, identifying herself with a network of Southern Baptists who set the goal of making a difference for Christ before, during and after the 2014 Winter Olympic Games. Also among those who spoke out for their faith were Kelly Clark, who won a bronze medal in the women’s snowboard half pipe and women’s hockey team members Anne Schleper and Gigi Marvin.

Marc Hooks, co-director of Engage Sochi, noted that a major part of the Engage Sochi strategy during the Olympics was to use specialized trading pins that facilitated sharing the Gospel.

“The unofficial Olympic spectator sport is pin trading,” Hooks said. “People coming to the Olympics love to trade pins, so we designed a pin that is fun to trade, that people like and that they want, but has elements that allow us to share the Gospel.”

Two young Russian men read the gospel presentation that was attached to the Engage Sochi pins as they ride the bus in Sochi, Russia. Members of the Singing Men of Oklahoma and their companions each had 50 pins to trade or share with those they met on their recent trip to the XXII Winter Olympics (Photo: Bob Nigh)

Colors on the pin represented key aspects of the plan of salvation—“the same five colors as the Olympic rings,” Hooks said, “so we can tie it all together and share God’s love with the people here.”

Nearly 200 Southern Baptists traveled to the Games to participate in Engage Sochi. They included The Singing Men of Oklahoma; the University of Mobile Jazz Band; the bluegrass Earl Brackin Band, who are members of Middleburg, Fla., First; and St. Joseph, Mo., Strong Tower; along with participants from the national Woman’s Missionary Union and the Georgia and Oklahoma Baptist state conventions.

As the streets came alive with bluegrass music, Dixieland jazz, clowns, balloon artists and drama groups, a Russian security officer asked one Engage Sochi team, “Are you here to make a spiritual difference? Because it’s working!”

Apparently it was. One young woman who travelled from California for the Olympics was among those who heard the Gospel. “Hearing this was a shining light from God,” she said, “Him telling me that He’s still here with me.”

More than 13,000 Engage Sochi trading pins and Gospels tracts were distributed during Games. Three people told of committing their lives to Jesus while talking to Engage Sochi volunteers, and more than 130 contacts were made with individuals who wanted to learn more about Him.

The Engage Sochi strategy is more than pins and Gospel presentations, Hooks noted. There is a church-planting focus as well. “Church planting is based on forming relationships. So, what our Engage Sochi folks are doing here is the building blocks for new churches to be started in Sochi and around the world,” he said.

“We want everybody we met to have the opportunity to continue the conversations that were started in Sochi,” Hooks continued. “So, regardless of where that person is from, we want to connect them with a believer in their area who can make a relationship with that person and continue to speak with them about issues of faith.”

Hooks put out a plea for prayer as Engage Sochi enters the final strategy phase. “Pray for us as we finish this part of the project and we move into the next part, as we do follow-up and discipleship, that these new believers would be discipled and be brought into bodies of believers,” he said.