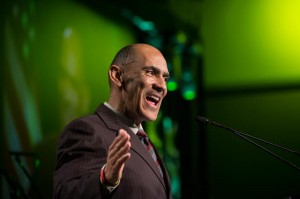 Following are some of his comments:

Question: OBU is re-starting football. That would seem to be a huge task. Where do you start?

I liken it back to when I went to Tampa. You really wanted to establish a culture. Not necessarily what you were going to do, but how you were going to do things, and I think that will be the key. Once you do that and select like-minded people and get everybody on board, stating this is the way our football program is going to be run, then it starts up and takes care of itself.

Q: You have described yourself as Old School. Explain what that means.

Dungy: I think I am old school in a lot of ways. I grew up in the 60s and 70s. My parents were teachers, and they both emphasized doing things the old fashioned way. Treating people the way you wanted to be treated, not looking for much out of life other than doing what you enjoyed and serving others.

I played for Chuck Noll and coached for him for eight years. I was 10 years in the Steeler organization, and again, the way they did things was not 21st Century; it was take care of the little things, be good at what you do and do things well. So, that’s the way I’ve been raised, that’s what I believe in and that’s what I really preached when I went to Tampa and Indianapolis. It’s probably not flashy and not profound, but it’s what I believe in.

Q: What is it like to be a coach and see things in the league you might want to change? And now that you’re out of the league and taking an analyst standpoint on those things such as extending the regular season and shortening the pre-season.

Dungy: You can say more things now that you’re out of it than when I was actually working. And so, sometimes, your opinions are heard more. But, I think we have a great game in the NFL. I know the Commissioner is concerned about the safety issues as many people are, and I think that is something that is being addressed. The game is safer than it was when I came into it as a player in 1977, and so there are always going to be tweaks and changes.

I can remember one of my teammates, Jack Lambert, after one of our players got fined in 1977, saying we’re turing this into a skirt and dresses league, that it’s getting too soft and asking who’s going to watch?

Well, 40 years later, we are still watching. I think we’re doing many of the right things and I enjoy expressing my opinion. I try to express them in the right way to the right people and hope that they’re heard in the right way, and I think that’s what we all can do.

Q: What would be your challenge to the generation of head coaches now, not only in the pros and college, but also in high school and junior high.

My message is always the same. Number one is really, really be in it for your players and help them be as good as they can be. That’s what Noll told me when I started in 1981. I really hadn’t  coached before. I didn’t know what my job was and he told me very succinctly, “Your job is to help your players be the best that they can be.”

Many times we forget that. We think that it’s moving up the ladder, or showing how smart I am or developing game plans or being the disciplinarian. And all of that is part of it, but it really is helping each individual be better.

But I think that extends to off the field as well, especially for high school and college coaches. So few of us are going to coach people who make their living at this sport, so if we’re only teaching them how to be better players, we’re shortchanging 99 percent of them. We have to show them how to be better men, better women, and that’s part of the job. I think that is something we have to understand as a coach. Especially in this day and age with young men; so many guys not growing up with their dads at home and so many of the things that we take for granted that we learned from our fathers, they don’t have that. So, the high school coach, junior high coach, the college position coach, he becomes that male role model and so often, the biggest part of what you’re doing is coaching that young man in life. And that is so important. If there’s any message I try to get across, it is that. Don’t just coach them on the field, but help them to become better men.

Dungy: I was born in 1955 and by the time I was 9-10 years old following major league baseball, there were a lot of African American players and Latin players, and baseball was just baseball as we know it. So, it took me a long time to understand that it wasn’t always that way, and that there was a time when it was segregated.

So by the time I was growing up in the 60s, it was just kind of taken for granted and we had (African American) baseball players playing everywhere; we had players in other sports. But, he was really responsible for making that happen in baseball, and it wasn’t easy. We owe a lot to Jackie Robinson, and I just like the way that he did it. My dad talked a lot about it. My dad lived through it, and it was a pretty special time. I’m looking forward to the movie.

Q: In your book, the mature Leader, it says you will be crafting your eulogy by touching lives and when the Lord calls you home, what do you want people to remember you for?

Dungy: I hope it is that I did help my players be better people and I helped people in my community. I remember going to Tampa when I got the head job in 1996, and the very first meeting with our team we said our goal was to win the Super Bowl. But, I said if that’s all we do, it won’t really mean very much. We’ve got to win, but we’ve got to make our community a better place to live. Not just three hours a week on Sunday when everybody’s watching us, but the other six days as well. I would hope that that’s what people think, that I did a good job in coaching for 28 years, but I tried to make my community a better place to live seven days a week and tried to reach some young people and help them grow.

If some people think that, then I think my life would be successful. I also think it’s important that we understand the real reasons we do things and what’s really important in life is not the temporary things—not winning games or championships—but it’s eternal. Pointing people toward Christ; understanding that that was my motivation for doing things. If people know that, then I’ll be happy.

Q: You speak a lot about family and fatherhood. Why are those two things so important to you and why do you think they so important, especially in the day in which we live?

Dungy: You know, when we were winning Super Bowl 41—the clock was running down and it looked like we were going to win—I remember standing on the sideline and thinking how did I get here? Here I am in Miami, and there are 100 million people watching; how did all of this happen?

I had to think back to where it all started for me, and it all went back to my dad, who was a role model for me, and the advice he gave me along the way. You hope that was normal. But, in this day and age, we know it’s not. I know from talking to players, so few of the guys coming up have their mom and their dad together.

I do a lot of work now in prison outreach and offender rehabilitation, and you go into the prisons and the jails, and that’s the common denominator. It’s not race, it’s not class or socio-economic. So many of these guys didn’t grow up with their dads, so it’s such a negative when that’s not there.

If we can just encourage our young people to understand  that and change that trend, it will be beneficial to our country.