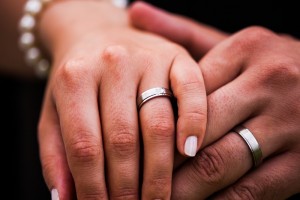 Our society loves a good wedding. The long work of creating a solid marriage, though, is less exciting to people. Too often, marriages end as quickly as they begin, resulting in a tragic wake of family breakdown and broken-hearted adults and children.

A positive option to address that problem has reemerged and is being considered at 23rd and Lincoln. Oklahoma Senate Bill 105, by state Sen. Josh Brecheen, R-Coalgate, and Rep. Tom Newell, R-Seminole, allows for the designation of a “covenant marriage” and limits the grounds on which marriages may be dissolved.

To be specific, S.B. 105 would require couples seeking a covenant marriage to get pre-marital counseling and would limit divorce, permitting it on the grounds of adultery, physical or psychological abuse, abandonment. The bill makes other exceptions, such as separated couples, who cannot reconcile through counseling after a year, may get a divorce.

Three other states—Louisiana, Arizona and Arkansas—have the option of covenant marriage for men and women getting married. There is evidence to show that these arrangements, which limit the grounds for dissolving the marriage, have curbed divorce.

A typical marriage may currently be dissolved easily on the ground of incompatibility, which has fed the high divorce rate in Oklahoma. You do not need to be an expert to show that this has had a tremendously adverse effect on the children of this state.

The aim of covenant marriage for Oklahoma, meanwhile, would be to make marriages more permanent and stable for newly married couples. The bill, which passed through the Oklahoma State Senate, already has passed through a State House of Representatives committee thanks to Speaker T.W. Shannon and other leaders. More steps must happen before it becomes law.

Covenant marriage is entirely optional, so you would think the opposition would be minimal to none. When it was attempted in Oklahoma before, however, opponents came of the woodwork and played on people’s fears. Foes have re-appeared in 2013.

One opponent has said, “Eliminating the only ground [for ‘incompatibility’] on which one can seek a divorce in Oklahoma without creating unnecessary bitterness will cause parties to be more acrimonious than parsimonious…”

Too often people try to make messy break ups cleaner. They wish to protect “incompatibility” (or its cousin “no-fault” divorce in other states) to create a path of least resistance. Yet by its very nature, divorce means something went wrong, and thus someone must accept blame. Therefore, Oklahoma is wise to introduce an option that attempts to place real reasons for divorce back into the marriage equation. It does us no good as a society to sugar coat the bitter pill of divorce.

Only time will tell if and when people who opt for the covenant marriage license over a standard license experience precipitous declines in the divorce count. But to preclude Oklahoma from even trying would not be prudent at this critical time in America.

Oklahoma, whose divorce rate historically has ranked among the highest of states, now has a chance to become a leader in lasting marriages through enacting covenant marriage. While much more divorce reform is needed if we are truly to stem the tide in Oklahoma, a policy like covenant marriage is a good first step to stop future family breakdown in our state.