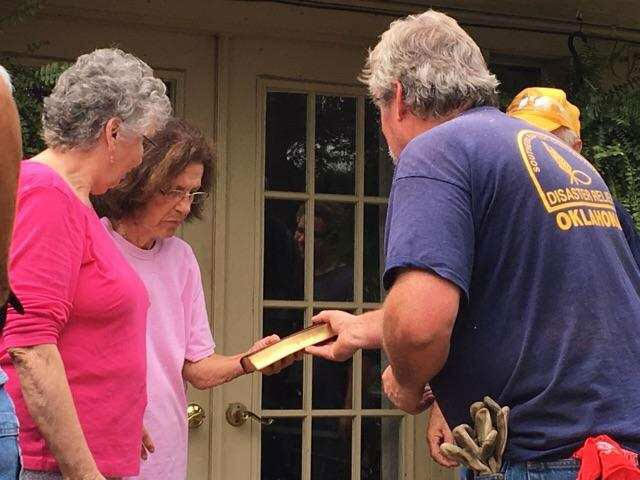 TULSA— Baptist General Convention of Oklahoma (BGCO) Disaster Relief (DR) has chainsaw teams on the ground in Tulsa, following an EF2 tornado that hit the 4100 block of Yale Avenue at 1:19 a.m. Sunday, August. 6. 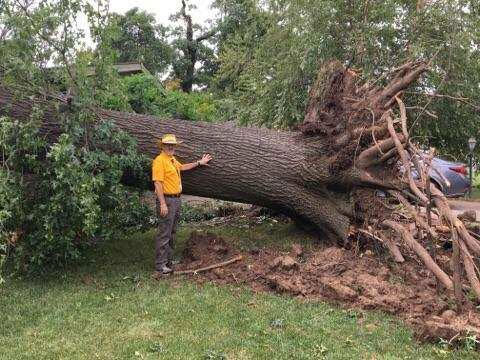 DR Volunteer, Kevin Laufler stands next to a downed tree in a Tulsa neighborhood following the EF2 tornado that hit early Sunday morning.

The National Weather Service confirmed that the 550-yard wide tornado with winds from 120-130 mph was on the ground for more than six miles before dissipating at 1:25 a.m.

“We had 24 DR people on the ground yesterday (Sunday) beginning at noon, making up three chainsaw teams that did eight jobs in the affected area,” said BGCO Disaster Relief Director, Sam Porter.

Large power poles and power lines were downed as a result of the tornado, closing most of 41st street between Yale and I-44, a highly commercial area. Large trees were also downed in residential areas nearby.

“As of this morning, our assessors were out looking at the damage, talking to individual family members, telling them how we can help. Once we talk to them, our team members sign a permission slip with the homeowners, then our chainsaw teams will come and get to work as soon as possible,” added Porter.

Porter estimates clean-up will take a week of sawing from chainsaw teams due to the large trees in the area, using volunteers from northeast Oklahoma DR teams.

For more information on Oklahoma Baptist Disaster Relief or to make a tax-deductible donation to the ministry, visit https://www.okdisasterhelp.org/.