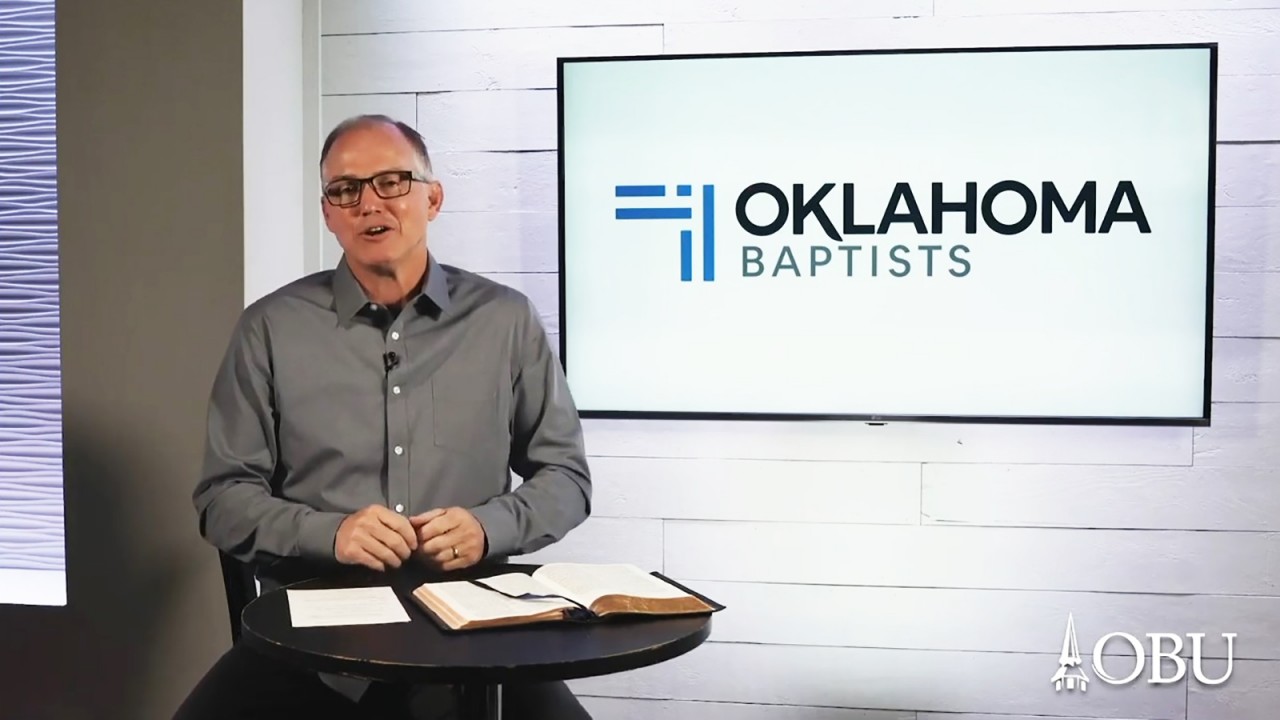 SHAWNEE—Hance Dilbeck, executive director-treasurer for Oklahoma Baptists, delivered the Oklahoma Baptist University (OBU) chapel message Wednesday, Aug. 26. The message was delivered online due to OBU’s modifications this semester resulting from COVID-19. Students accessed the message inside the Canvas learning management system, on the University website and via the school’s social media channels.

Dilbeck’s message came from Mark 1:14-18. He talked about the complexity of the time that we are living in and how we can deal with the circumstances around us.

“The more complex our circumstance, the more we have to give attention to the basics,” he said. “Complexity drives us to the basics and to the fundamentals.”

Dilbeck explained that just like the disciples left their fishing nets to follow Jesus and become fishers of men, we too become Christians in the same way.

“Christians are people that spend their days repenting, believing in the Gospel and following Jesus,” he said. “We are so critical of others and so blind to our own faults.”

He then encouraged students to identify what it is in their lives that may be exposing them to sin from the pressures of the current world around us, reminding them that, “One of the keys to influence is to be more critical of ourselves than we are of other people.”

Dilbeck explained that, as Christians, we should not be fearful during this time because we have the Gospel and can share that hope with those around us. He goes on to say that we need to believe in the Gospel and follow the Lord Jesus Christ.

“Jesus Christ, through His death and resurrection and reign, has all authority to make things right,” he said.

Dilbeck concluded the message by challenging students to get serious about following Jesus and encouraged them by saying that no matter the uncertainty and the unknowns of the season we are in, Jesus is always with us.

Before assuming his current role as the executive director-treasurer of Oklahoma Baptists in 2017, Dilbeck served as the senior pastor of Oklahoma City, Quail Springs. He is an OBU alumnus, graduating in 1987. He has previously served on the OBU board of trustees, spoken in chapel services, and delivered the OBU commencement address. In 2017, he was the recipient of OBU’s Alumni Achievement Award, given in recognition of outstanding life service which has brought honor to the recipient’s alma mater.

To view this or other chapel messages, visit www.okbu.edu.