I’ve been thinking about friendships lately. They are important. God even said at the origin of mankind that it was not good to be alone (Gen. 2:18).

Of course, God was referring to companionship, even a marital relationship that happens between a man and a woman (Gen. 2:23-24), but all people find friendships to be helpful to their wellbeing.

This will be a different style of DHD this week. I’m going to offer three biblical examples of friendships and follow each example with a modern phrase or video example that demonstrates encouragement through friendship.

As always, I welcome your feedback and appreciate you taking the time to read my DHD!

I’ve always been fascinated with the Apostle Paul. He was an unexpected leader of the Christian faith who basically had the most influence after Jesus himself.

The person who appears to have the biggest influence on Paul’s ministry is Barnabas. He introduced Paul to the apostles (Acts 9:27), and after Paul spent some time in his hometown of Tarsus, Barnabas is the one who got him involved at the church in Antioch (Acts 11:25-26), which led to both of them becoming the first Christian missionaries (Acts 13:1-3).

Paul and Barnabas had a fascinating relationship and accomplished much in advancing the Gospel together. They are also known for having “a sharp disagreement” over John Mark, who deserted them on their first journey (Acts 15:39).

The reason I mention this friendship is how God used it at a time when Paul and Barnabas parted ways. Instead of dividing, they multiplied. They both started separate journeys, and God blessed both of them. They are an example of when it can be OK to agree to disagree among Christians, as long as God and His will are the focus and not on tearing apart reputations. In all relationships, allow for reconciliation (my favorite word) when disagreements occur. 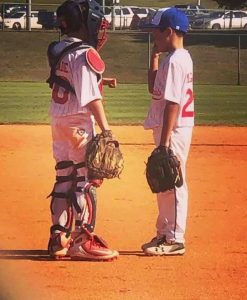 “My son is the catcher. His friend Cole is the pitcher, and it was his first time pitching. He walked two batters. My son called time, walked up to him and said ‘just play catch with me.’ He struck out the next 3. . They were 9 at the time. Still one of my favorite photos ”—Amanda Meade

David’s friendship with Jonathan is a great example of loyalty. This friendship saved David’s life and eventually his reign as the king of Israel.

“Then Saul’s son Jonathan came to David in Horesh and encouraged him in his faith in God, saying, ‘Don’t be afraid, for my father Saul will never lay a hand on you. You yourself will be king over Israel, and I’ll be your second-in-command. Even my father Saul knows it is true’” (1 Sam. 23:16-17).

It’s hard to imagine the level of loyalty Jonathan had. The Life Application Bible commentary has a great assessment on Jonathan’s loyalty:

“(Jonathan) was loyal to Saul because Saul was his father and the king. He was loyal to David because David was his friend. His loyalty to God guided him through the conflicting demands of his human relationships.

“…if we communicate to our friends that our ultimate loyalty is to God and His truth, many of our choices will be much cleaner. The truth in His Word will bring light to our decisions…”

Being a go-between or a middle person of a conflict is never a fun situation, but Jonathan relied on God’s direction instead of settling on human reasoning. Jonathan’s commitment to loyalty and to God’s guidance allowed him to put all his relationships in the proper perspective. 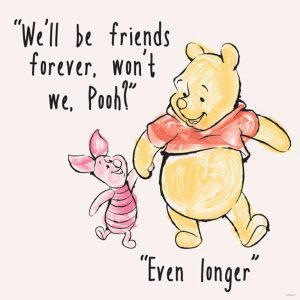 I love the story of Ruth and Naomi. It is a great encouragement to any believer in Christ. Ruth’s commitment to her mother-in-law Naomi is powerful, and God was glorified through this great relationship

Ruth learned about God through Naomi and became a follower. And she made a rather drastic decision when she decided to go with Naomi to Israel. It was all about God because it was pretty impractical for Ruth to stay with Naomi. She took the risk of living in an unknown land, filled with people who may not accept her and possibly never remarrying.

But because of Ruth’s commitment to Naomi, they modeled an extraordinary relationship that God blessed. In a time when individualism is promoted, this biblical example is needed.

If you are not familiar, read the whole Book of Ruth. It’s only four chapters. Use a Bible that has commentary and gain more helpful insight. Or do a study on it with a friend.