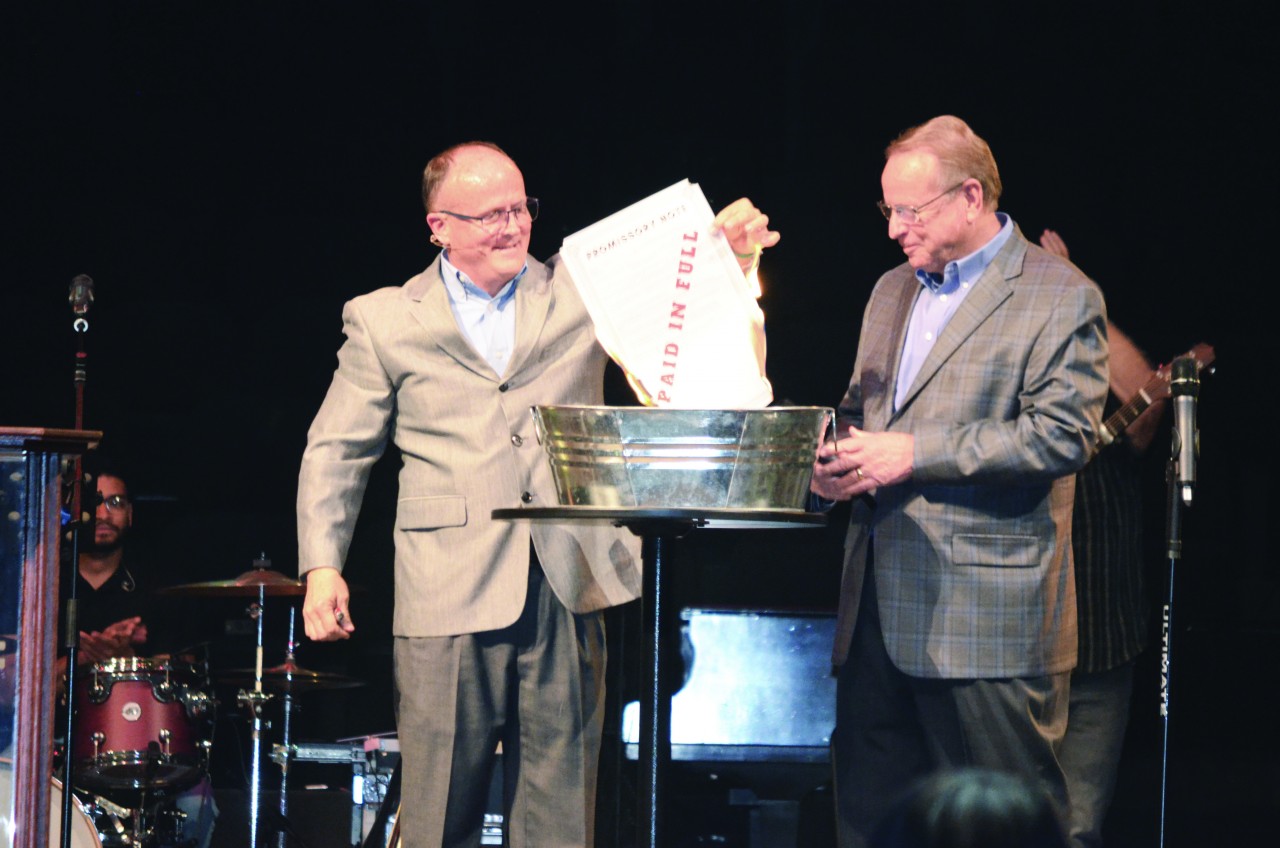 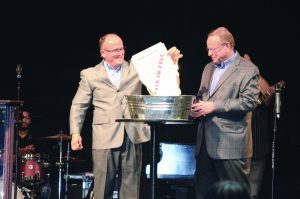 Pastor Keith Burkhart participated in the note burning, along with Tom Elliff, former Del City, First Southern pastor and former president of the Southern Baptists’ International Mission Board.
Burkhart made known in a video featured on Facebook that the church had been in debt for 40 years.

“God has done amazing things in the life of our church,” Burkhart said. “It has been an unsurmountable amount of money we’ve had to pay over the years. We get to celebrate God’s glory and His provision. Now, as a church we are able to do more, give more and reach more for the glory of God across our city.”

Former pastor Tony Lambert sent a celebratory video message to the church that was played before the note burning ceremony. The late Shane Hall, who pastored Del City, First Southern before his death in 2018, also was recognized.