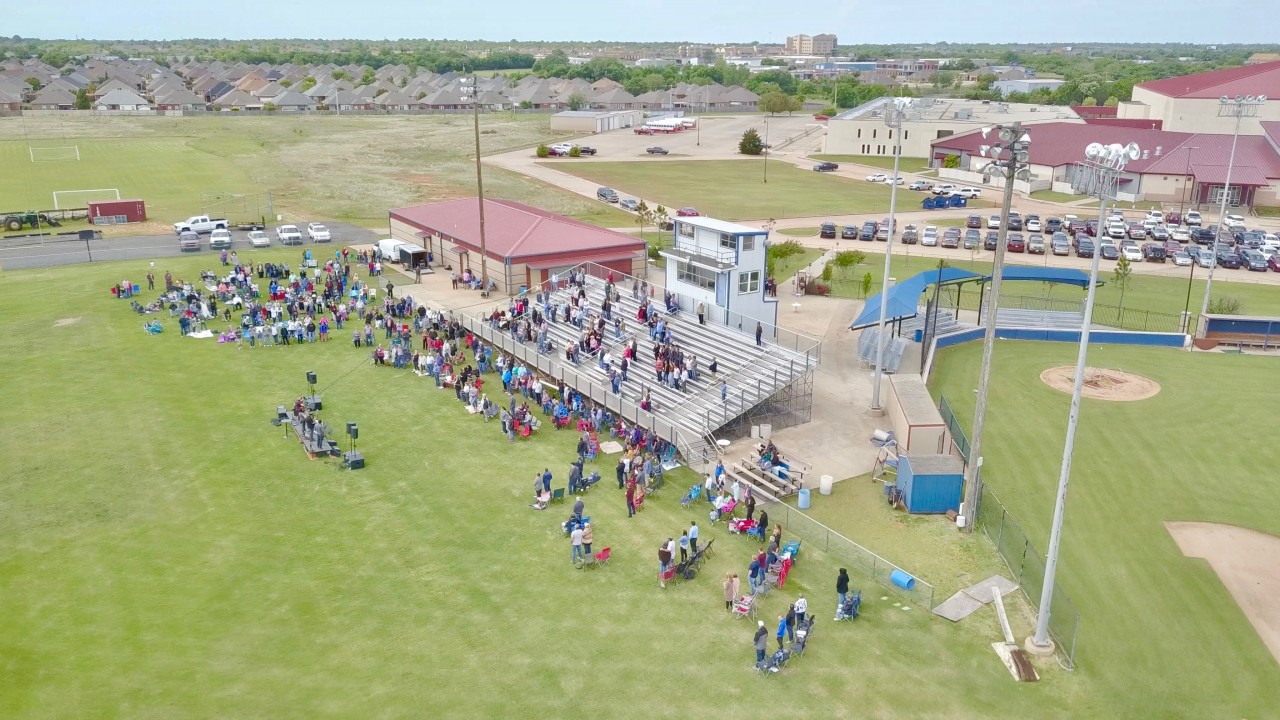 DEL CITY—Many recall the Starlite Crusades at Del City Stadium that Del City, First Southern hosted in the summers for nearly 40 years, beginning in 1965. On Sunday, May 10, the church met in Christian Heritage Academy’s football stadium for its first in-person service since the COVID-19 pandemic struck. 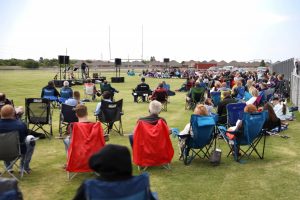 The Sunday morning service did not have well-known Christian artists, like the Imperials, perform or national evangelists speak. However, Del City, First Southern did stir some memories of the yesteryear crusades and caused similar excitement from church members who were longing for in-person fellowship.

“We have that great heritage of the Starlite Crusade and meeting in the stadium,” Burkhart said. “I felt like it was a great reentry, having an outdoor service, to make people feel a little more comfortable before we move into the facility.” 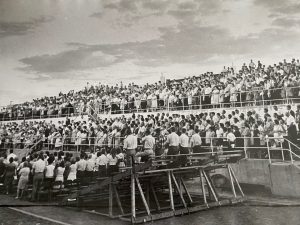 Starlite Crusades at Del City Stadium started in 1965 and met in the summers for nearly 40 years.

Burkhart was a member of Del City, First Southern during his high school years in the ‘70s and attended many Starlite Crusades. He recalled a thousand people made professions of faith in Christ at the 1980 Starlite Crusade, which lasted three weeks.

“It was an amazing move of God,” Burkhart said. “I remember all the years we did that at Del City Stadium. It was unique and certainly at a unique time.”

Burkhart said he thought the stadium service would help rekindle a passion for church members to gather at the appropriate time, after observing online worship services in the last few months because of the pandemic. Attendance at the May 10 service exceeded Burkhart’s expectations. 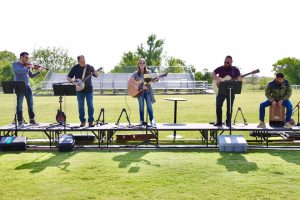 “There’s so much energy and excitement,” Burkhart said. “I really didn’t know how many would come because it’s still early, and some are still nervous about it. But the service more than exceeded my hopes. It was healthy for everyone.”

Del City, First Southern will meet in its worship center on Sunday, May 17. Burkhart said the facility is capable for a thousand people to attend and observe proper social distancing standards.

“The church is ready; it will get stronger,” Burkhart said. “I am grateful that we have a facility to do this. And new people are connecting with us. We think it’s the right time for us to start meeting together again. We will be careful and encourage people to stay home if they are vulnerable or concerned.” 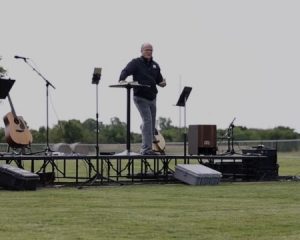 Pastor Keith Burkhart was excited with the turnout for the stadium service.

Many other Oklahoma Baptist churches are observing drive-in services and lawn worship services. Some are capable to properly demonstrate social distancing standards in their sanctuaries. For Del City, First Southern, they capitalized on the right timing to worship together by also reflecting on a great event of their past.

“Starlite served its purpose,” Burkhart said. “This was a way to celebrate those memories and look to the future, as we celebrate being ‘one church.’”

For more information on Oklahoma Baptists and responding to the Coronavirus, visit oklahomabaptist.com/coronavirus.