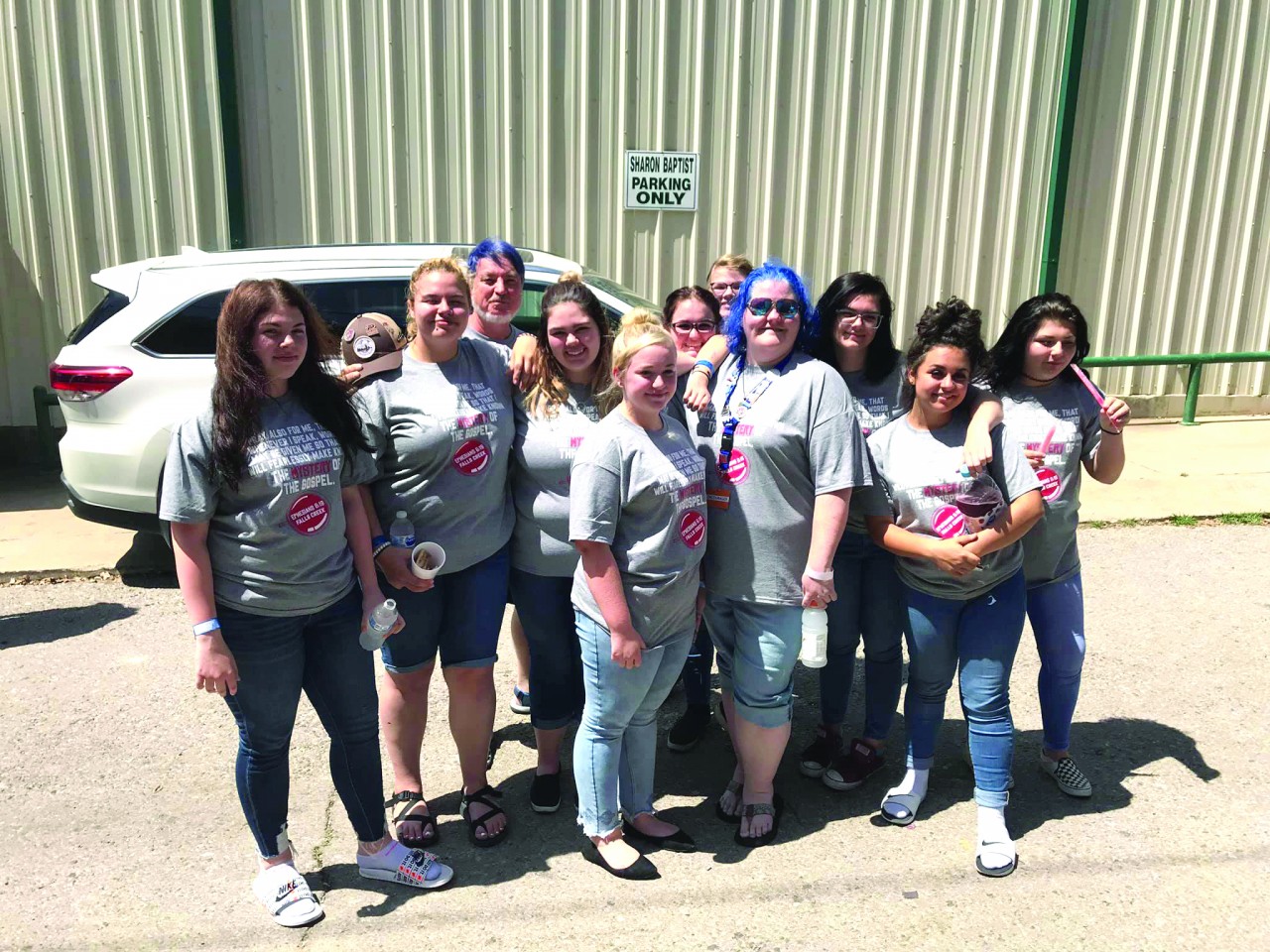 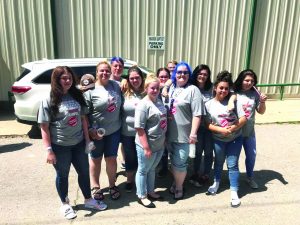 ‘Their spirits were amazing,’ Pastor Doug White said about the students.

They also started a student ministry this year with three students and decided to send a group to Falls Creek this summer. Nine girls went, and some are residents at Baptist Children’s Home, Owasso. Through a couple who are members of Cushing, New Pathways, the church discovered a connection with the young ladies at the Owasso home.

When the group returned from Falls Creek, White reported on Facebook how God blessed them throughout the week.

“I had no idea how amazing it would be,” White said in the Facebook comment. “These girls experienced the presence of God in a mighty way.”

White announced that eight of the nine girls made spiritual decisions—three professions of faith in Christ, one rededication and two to be baptized. Two others responded to the call to ministry.

“Thank you for all that prayed. All the praise and glory to our Mighty King Jesus!!!” is how White concluded his Facebook message. 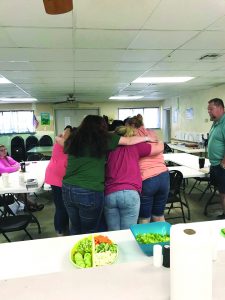 Students with Cushing, New Pathways bond, as two made professions of faith in Christ on Tuesday morning at Falls Creek

It did not take long that week for the girls to respond. White said the group was not at Falls Creek two full days before decisions were made.

“It started on Tuesday morning in our cabin devotions,” he said. “Two of the girls made decisions that morning, and one happened after lunch. God started working immediately.

“We were praying for God to work in their lives,” White continued. “I didn’t know what to expect, but we were so blessed.”

White also appreciated getting to know the girls from the Owasso home. He said they, as well as all the girls, were a great group.

“We’ve been doing ministry for a long time, and we’ve never been around a group of young people who were so cooperative. Their spirits were amazing.”

On the Sunday following their week at Falls Creek, White said the church gave a camp report during the morning worship service.

White said Cushing, New Pathways praised God for what happened with the group at Falls Creek. Church members committed to support those who made spiritual decisions, and White said they also plan to keep in touch with the girls from the Owasso home.

“We are excited about going next year,” White said, looking forward to Falls Creek next summer.

Greg McNeece, president of Oklahoma Baptist Homes for Children (OBHC), was encouraged to hear about the girls from Baptist Children’s Home, Owasso. He said OBHC board members recently met and spent time specifically praying for all boys and girls who are OBHC residents who have the opportunity to attend Falls Creek this summer, that God would move among them to make spiritual decisions.