CrossTimbers takes to ‘The Road,’ helps campers on spiritual journey 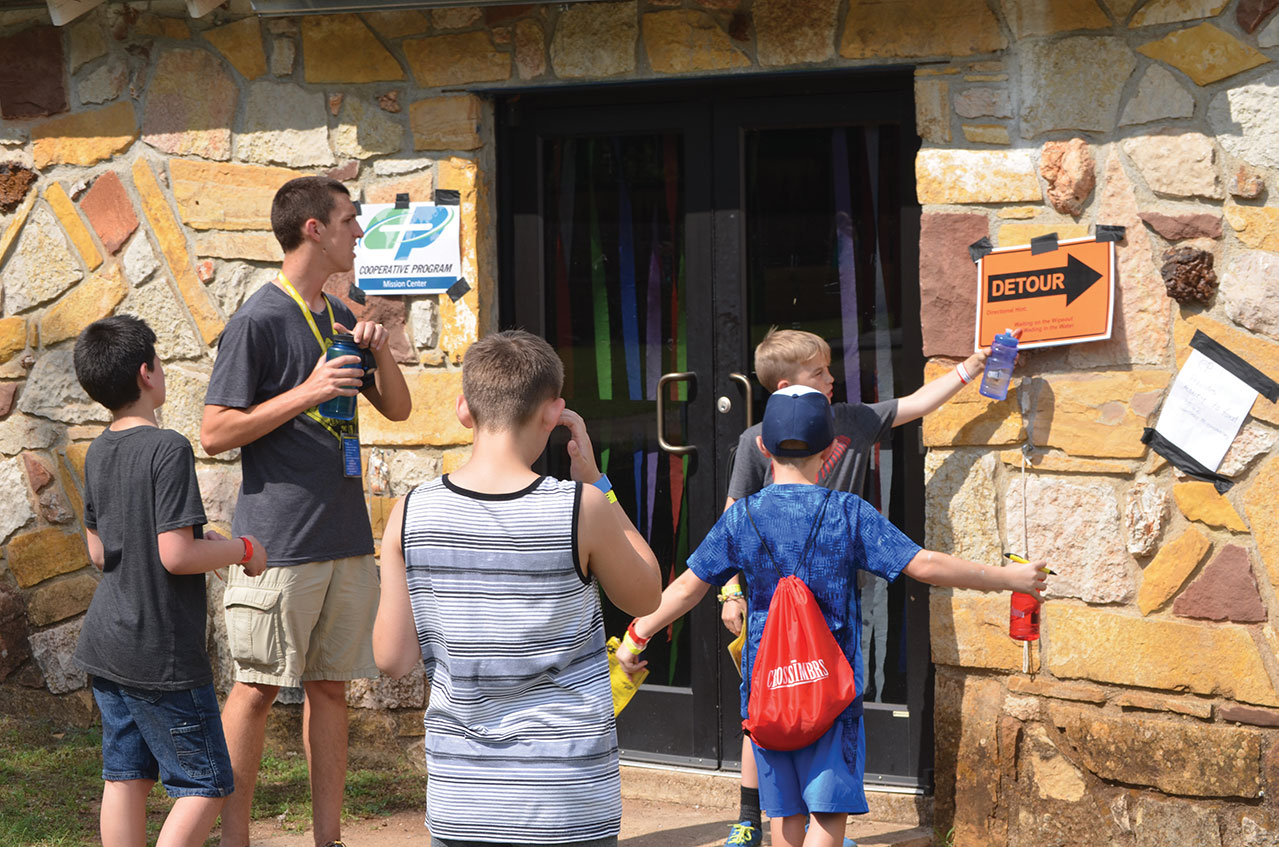 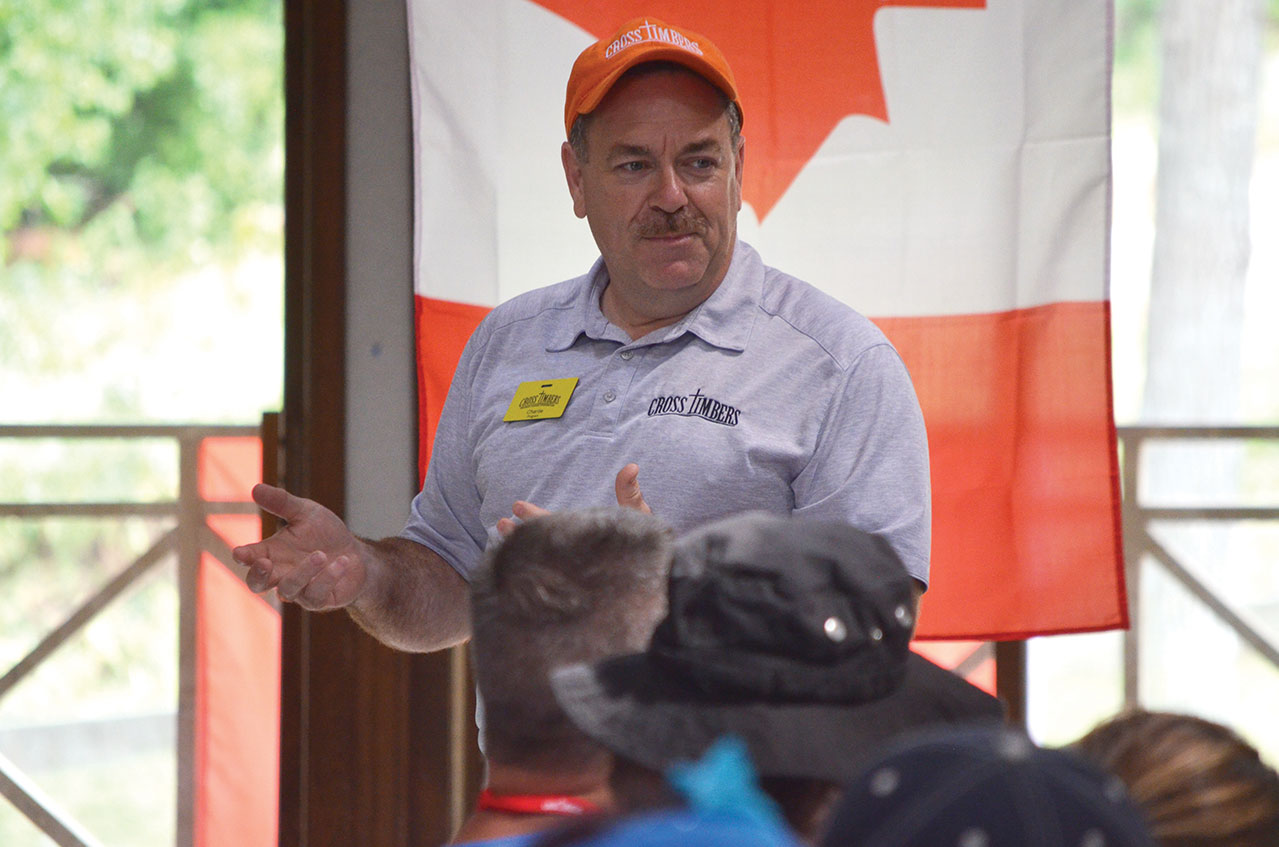 DAVIS—CrossTimbers Children’s Mission Adventure Camp has a focus of travel this summer. With “The Road” being the theme for CrossTimbers 2018, campers, grades 3rd-6th, will experience a unique excursion that involves not just any road but one that involves a popular Gospel presentation.

“There’s a reason why we have a big gray jeep on the stage in the chapel,” said Charlie Gatton who begins his first summer as CrossTimbers program director. “’The Road’ focuses on a journey. While on ‘The Road,’ campers will learn about the ‘Romans Road,’ which means they will learn the basics about the Gospel through Scripture.”

Each CrossTimbers summer session will be a four-day experience, except the final session, which will be a five-day pre-teen camp. Each day, Gatton and CrossTimbers staff members will present an aspect of the spiritual journey, for campers to learn where are they on that journey, how does God guide Christians on the journey, and on the final day, campers will be challenged to decide where the spiritual journey will take them after they leave camp.

Campers go on a scavenger hunt on the first day of a camp session to learn about the Cooperative Program (Photo: Chris Doyle)

CrossTimbers campers will experience a mission emphasis every day at camp with four Mission stops. On the first day, campers go on a scavenger hunt after dividing into their respective tribes, made up of campers from different churches. The scavenger hunt takes them to different stations on the camp grounds where they learn different facts about the Cooperative Program and its importance.

“We are reminding them that one of the reasons we have this camp is because of churches giving to the Cooperative Program,” Gatton said.

Another mission stop focuses on the history of CrossTimbers. Campers learn of the camp’s 11 years, how it was formed from previous existing camps for boys and girls, as well as how it moved from McAlester to its current location near Davis and adjacent to Falls Creek Baptist Conference Center.

The third mission stop emphasizes the importance of church planting. Gatton said campers will learn about Charles Scheffe, former children’s minister at Edmond, First, who is now leading a church plant in Arizona.

Campers during the fourth mission stop learn about Edmonton, Canada and the missions partnership the Baptist General Convention of Oklahoma has in Edmonton. Gatton said they eat green onion pancakes, an apparent Edmonton delicacy, learn about the popular Canadian sport of curling and about the 22 unreached people groups in the Edmonton area. 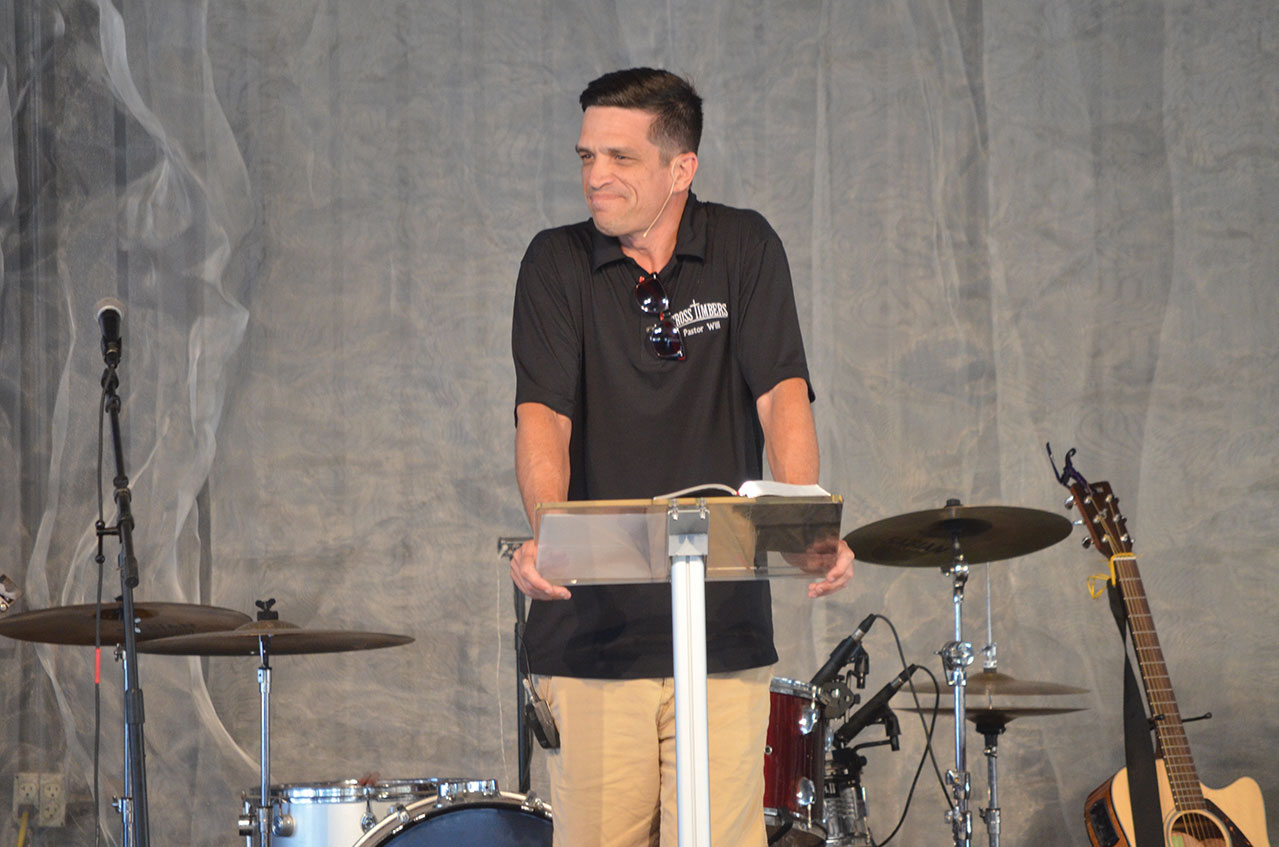 ‘God loves you so much that He wants to have a relationship with you,’ preached Will Wilson, pastor of Tecumseh, New Hope, during session one of CrossTimbers (Photo: Chris Doyle)

Both Gatton and Young had high praise for the 50 summer staff members. During training sessions prior to the beginning of camp, Gatton had the staff go through a discipleship study using the book “Experiencing God.” Co-author Claude King also met with the staff for a three-hour session, and the time had a great impact, preparing staff members for the summer sessions.

“That’s what we want,” Young said about the discipleship study preparing staff members. “God is going to do a great work, and we just want to be a part of it.”

Gatton said he has been pleased with the staff members, not only after the training sessions but how staffers served during Camp Perfect Wings, the camp for special needs kids and adults.

“We have seen them grow as a group,” Gatton said about the summer staffers. “They are a major part of what happens at CrossTimbers this summer.”