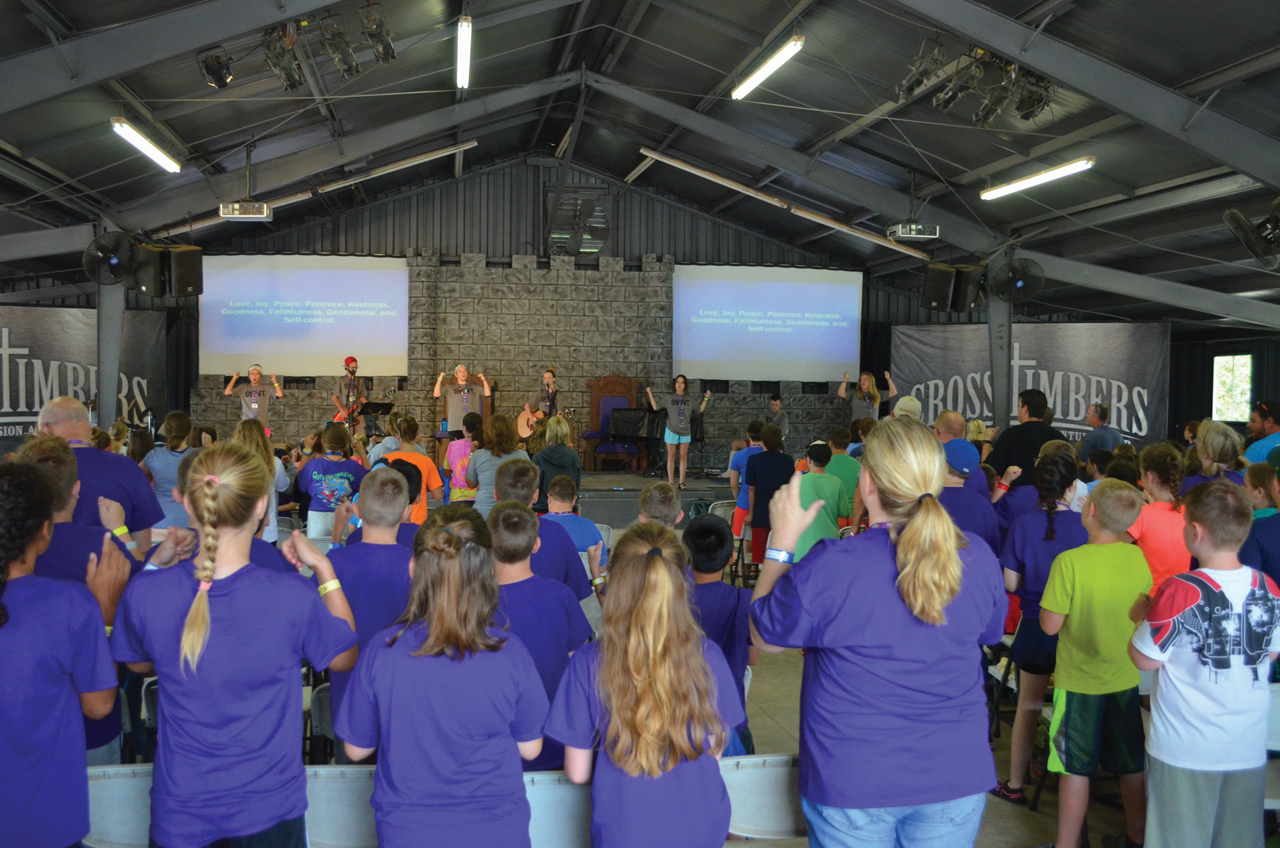 DAVIS—Glenn Barber is excited about children’s camp. The program director at CrossTimbers Children’s Mission Adventure Camp is experiencing the fifth year of the camp for 3-6 graders at the campground location near Davis.

Barber, who also is the childhood ministry specialist for the Baptist General Convention of Oklahoma (BGCO), said even though CrossTimbers is five years established at the current 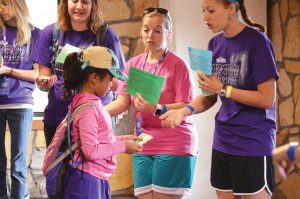 Campers learn about the Cooperative Program through an exercise of giving to different ministries.
Photos by Chris Doyle

encampment, they are still working through making modifications to help with a larger group of students each session.

“We are still making adjustments from our move from Camp Hudgens and running about 200 campers to running more than 400 campers almost every session,” Barber said. “That’s one of those things that you’ve done for a while and then realize, ‘This doesn’t work with 400 people.’”

Mostly the changes involve meal schedules so campers won’t have to wait as long. “We stagger dinner time, so half goes at 5:30 and the other goes at 5:45,” Barber said.

CrossTimbers continues to see attendance growth. Barber said all but two sessions this summer are projected to draw close to 450 campers.

The theme for CrossTimbers this year is “Kingdom Calling,” which Barber said is based on Matt. 6:33, “Seek first the kingdom of God and His righteousness and all these things will be added to you.”

Campers experience a mission focus, and CrossTimbers is using the BGCO mission partnership with the Latvian Baptist Union to be part of the mission emphasis this summer.

“We were very privileged to take two of our staffers who are leading those mission stops to Latvia,” Barber said. “We went the week before (camp) training week. They got the full 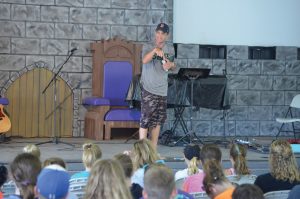 Will Wilson, Jr., pastor of Tecumseh, New Hope, was the camp pastor for session one at CrossTimbers

experience, and we are seeing the fruit of that trip now. They are able to talk about their experiences as well as all what they got to learn while they were there.”

CrossTimbers also is making a greater emphasis on the Cooperative Program. Barber said this will be a daily focal point for campers.

The list of camp pastors features many known Oklahoma pastors and children’s ministers. Barber expressed his excitement after he had a meeting with all CrossTimbers speakers for this summer. “They are great men who know how to share the Gospel with children,” he said.

Barber believes he and the CrossTimbers staff are ready for meaningful summer experience for children campers. “We are in two nights into camp and had more than 20 decisions for Christ, which is just incredible,” he said.