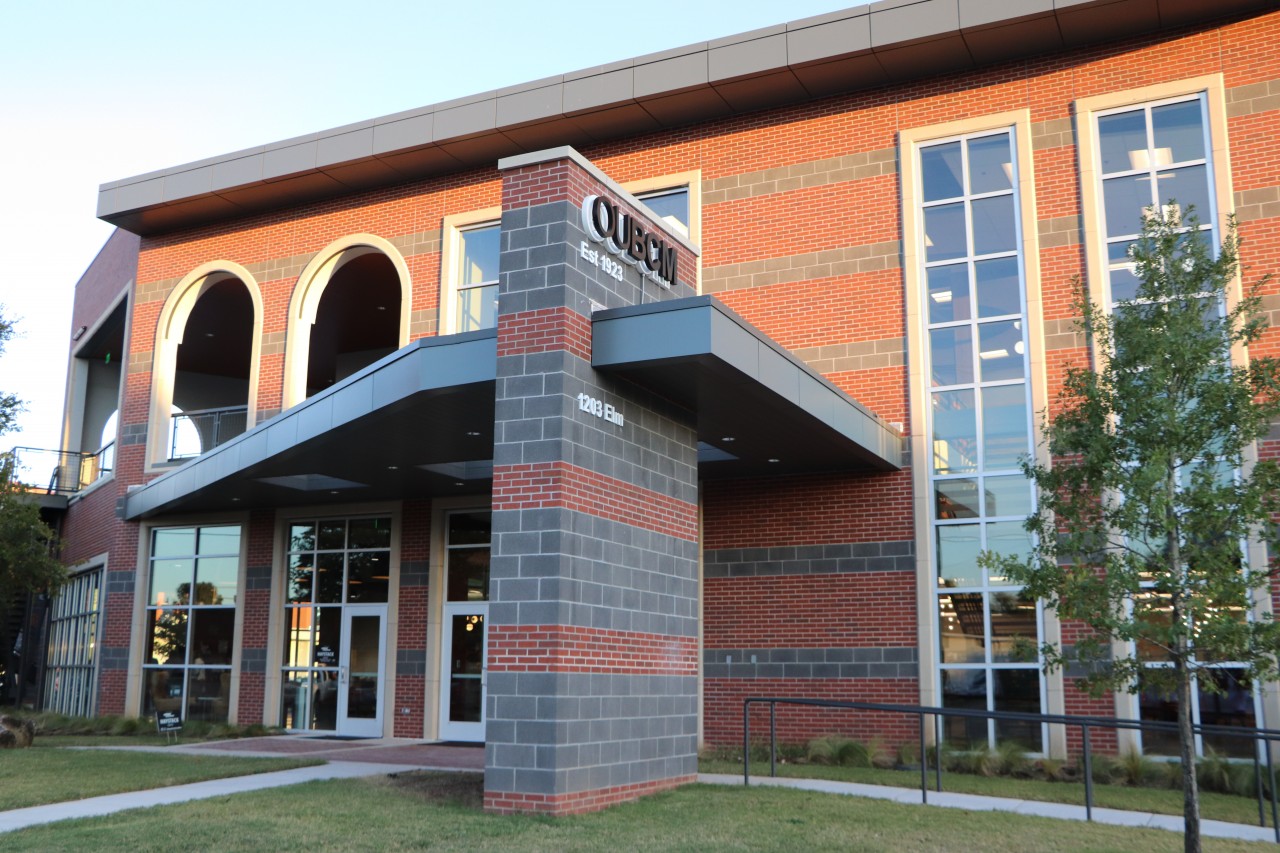 NORMAN—Homecoming weekend at the University of Oklahoma traditionally features a parade, various alumni events and exciting football. During the 2019 Homecoming weekend at OU, though, a unique celebration happened, one that highlighted the advance of the Gospel on campus over the decades and also looked toward a bright ministry future.

On Friday evening, Oct. 18, leaders with Oklahoma Baptists and Baptist Collegiate Ministry at the University of Oklahoma (OU BCM), OU BCM alumni and students gathered for a building dedication event. The dedication drew enthusiasm from all who walked through the brand-new 28,000 square-foot BCM building on campus. 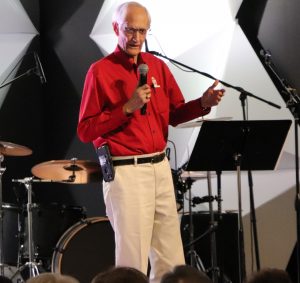 Barnett, who served as OU BSU director from 1967 to 2004, shared stories of how God moved in the hearts of students through the years. It was a common occurrence for the OU BSU to feature events with a thousand or more students attending, unleashing a Gospel presence across campus.

Barnett recalled how, after many productive years of ministry at the previous BSU location on West Boyd Street, “foot traffic and students living in proximity eventually changed.” In the 1990s, an attempt was made to secure a location where the new property now sits. Those efforts stalled, even while ministry on campus in the community continued.

More than five years ago, conversations with OU officials led to a mutual agreement, allowing the BCM to obtain the property at 1203 Elm Ave, considered to be a “dream location” and was developed and established this fall as the new BCM Building.

“This is a dream location, an ideal location to reach students,” Barnett said. “From the first days when ‘Preacher Hallock’ started this ministry to today, God has been at work. We are thrilled with what God has done and with the leadership at the (BCM). We are grateful for what the Lord has done and for every person here (at this event).”

Barnett also emphasized the global impact of the BCM. He said, “We were told (by sources with the International Mission Board) that more Southern Baptist missionaries have come from OU than any other state university.” 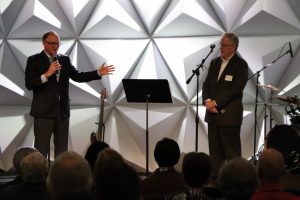 Dilbeck gave thanks to God for providing a great facility for ministry, and he thanked Barnett and Jordan and other leaders for paving the way for the project.

“This new OU BCM building was an answer to prayer,” Jordan said. “With it being located adjacent to the student dormitories and most of the fraternity and sorority houses, as well as within blocks of student apartments, it is a prime location. What a mighty God we serve.”

The new two-story building is already being used by students on campus. 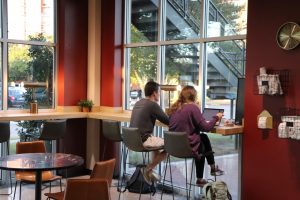 “This facility provides much-needed space for prayer, Bible study, worship, training, friendship, mobilization and fun,” Kammerer said. “The building features a large open meeting space that can be configured into smaller rooms for breakout sessions. We also have a new coffee shop called ‘Haystack,’ where students are gathering for fellowship, and the coffee shop positions the BCM to host to the university community.”

Rachel, a sophomore at OU, attended the event, saying she feels blessed to be connected to the BCM. “This building is amazing. It will provide great opportunity for us to connect with students on campus,” she said.

According to research, the mission field at OU is ripe. Reports claim that “more than one-half of graduating high school seniors enroll in institutions of higher education, with thousands attending the state’s largest university, OU.” Also, “more than 2,000 international students from over 100 countries come to OU.” 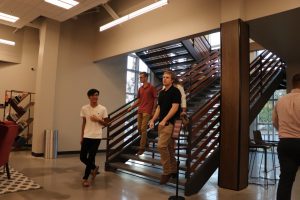 Humphreys, class of 1972, shared a personal testimony of starting a deeper walk with Christ during his college years of OU, thanks to the BSU.

“From before my days as a student at OU, right on up to this day, the OU BSU (BCM) has made a significant impact for Christ,” Humphreys said.

Humphreys also challenged those in attendance to consider giving financially toward the effort. More than $6 million was raised toward the building campaign (no Cooperative Program funding was used in the building campaign). While the “Boomer Goal” of $6.2 million toward construction costs had been raised, the “Sooner Goal” of $4 million remains a need, which will establish a permanent endowment fund to support OU BCM staff members who raise their own support and help provide benefits. 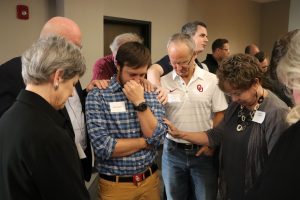 OU BCM students led in worship through music. Kammerer led a responsive reading, to dedicate the building to the Lord. Dilbeck led a prayer time over the BCM staff members and leaders.

Oklahoma Baptists operate Baptist Collegiate Ministries on more than 30 campuses across the state.

The evening was so significant, it was met with responses ranging from “Hallelujah!” to “Boomer Sooner!”

God has blessed student ministry at OU throughout the decades. From its new location in Norman to the ends of the earth, all those gathered for the building dedication, with gratitude and hopeful expectation, expressed desire for the Lord to continue His mighty Gospel work.